Do We Owe Anything To The Afghan Dead, Opportunist or Brave?

In 2004-2005 I was part of the long and latest version of the wars in Afghanistan. I was the Civil Affairs Officer for one of the two Task Forces running around Parwan, Kapisa and part of Kabul province. My job – Go make nice with the locals, and keep your ears and eyes open. 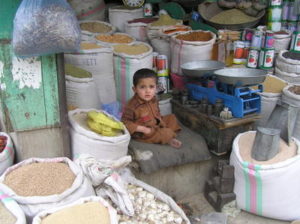 “Daddy will be back to help in a minute” 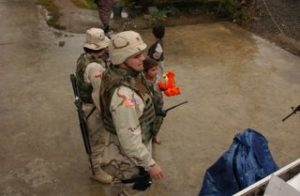 “I thought the Marines did Toys for Tots, dang it!”

At the time, the Taliban was trying to reconstitute itself and come back into the country from Pakistan. A few of them managed to straggle in, without being vaporized by A-10s or such. Where I was, the asshats were primarily the HIG. Our local friends were all former Northern Alliance members. 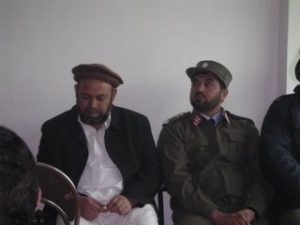 The fellow on the left is Haji Almos – he was a commander of one of the Northern Alliance “corps” and a man rumored to have gained his wealth through opium and other smuggling operations. He “went legit” by running for office in the Wolesi Jirga (Parliament). During a meeting, he informed those in attendance that an endorsement from a particular American military officer in the area would carry great weight, and if he got it…well, we would have a friend in the Wolesi Jirga. (I was only slightly startled, being from the Chicagoland area.) I did ask that officer if, when he was at West Point, he was ever told he would be asked to be a Kingmaker in a far off land? That got me a chuckle and a shake of the head. We politely demurred and wished him luck, nonetheless. He won office that Fall. Here was a man that had basically fought on our side, offered political support…but it was, I think, because the wind was blowing our way. His actions after taking office were not all that nice. For what it is worth, he is not in office anymore.

The man on the right is Abdul Rahman Sayedkhili. He is dead. While still alive, he was appointed provincial police chief of the province I lived in. He cleaned out the Taliban and HIG, and was asked to take an even more dangerous assignment. The Taliban killed him by suicide bomber attack. Before we got there in 2001, he had personally aided hundreds of people fleeing the Taliban, fought those same Taliban and welcomed us. He closely cooperated with NATO all the way up to his death. 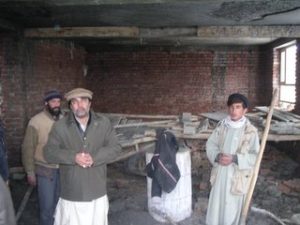 The man on the left, front is Kabir Ahmad. He was the government head of the district (roughly equivalent to an American County) I lived in. He had also been part of the fight against the Taliban, but moreso keeping things on the administrative side. He found out I was a lawyer back in America, and we hit it off (he was an attorney as well as administrator). Whenever something broke bad, he would be rushing to the scene with the district police (his office was kind of a County Chairman, Sheriff and District Attorney all rolled into one). He received death threats on a regular basis from the HIG, Taliban and anyone else who resented his fairly honest and efficient work. He was a tireless advocate for help improving the area I was working – anyone or anything he could wrangle to dig a well, build an agriculture cooperative building or the like. He was a brave man, a good man.

So what, if anything did we owe them?  By “we,” I mean the taxpayers and military members of the countries involved in Afghanistan (primarily the US, but the UK, Canada and others had expended a considerable effort). The US led forces had come in to bash the Taliban over the head and get the AQ folks who had set up the 9/11/2001 attacks on the US. The Northern Alliance used our air support to push the Taliban back 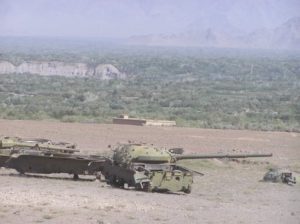 “Here, and no further, went the Taliban”

and some of our own forces helped finish the job. Once the head bashing was done, we stuck around, dumped in more forces, and started doing mostly occupation and rebuilding things.  Did we owe anything to the Afghans that had been on our side? They fought our enemies, helped us as much as they could…some of it out of self-interest (survival, primarily), some of it out of a sense of honor, and some out of an opportunity to use us to their own ends (both good and selfishly bad).

As a soldier, I felt a debt to them. These were allies and fellow combatants – they had been killing Taliban before any of us had even heard the name. But as a budding libertarian, I felt that we were sort of hanging around when it was not so much our job any more. Why was I, a 20 year Soldier, digging wells, building schools and trying not to get blowed up real good while doing so? Was I supporting and defending the Constitution of the United States from all enemies, foreign or domestic? This is what NATO was for?

So my question to all of you, is when is the debt paid?  Was there a debt to begin with? Do we owe anything to the people that risk (and sometimes lose) their lives working on behalf of our government’s stated goals?

I struggle with it, partially because part of my heart is still in the Panjshir Valley, with Kabir Ahmad, and with the Sayedkhili family. But as a libertarian, I know that if you kick in the door and get the SOB inside the house– once you fix the door back up, or give the homeowner enough to fix it themselves…it is time to leave.

Update: Yes, I once did narrow my gaze at the entirety of Northeast Afghanistan 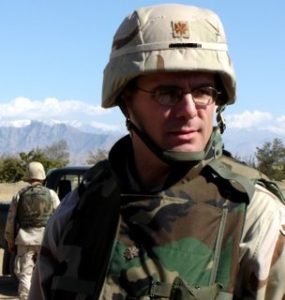 “Don’t think I missed any of that Parwan, Kapisa, Kabul or Panjshir…you too Badakhshan.

Licensing Is Not For The Public: Locksmiths Everywhere Want To Create Barriers To The Market

When I finished my education at the wonderful North Bennet St. School in Boston, I was left to make…

If you're looking for substance, keep on walking, this is just a premature curmudgeon ranting. I first read The Hobbit…