Sometimes it’s good to be the king…or at least one of the King’s men. 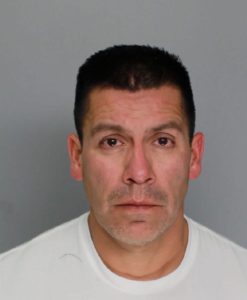 The fine, upstanding officer of the law

Texas has some of the toughest DUI laws in the country.  But if you want to avoid the stiffest penalties, all you have to do is carry a badge.

Robstown P.D. officer Michael Morin was arrest on November 6th after he was found slumped over his steering wheel on the road near the Staples and Everhart intersection. On Wednesday, we learned Morin has worked out a deal with the prosecutor’s office and he is taking part in a pre-trial diversion program. If he complies with that program, Morin will have the charge removed from his record.

And he’s back on the job…busting people for DUI.

[caption id="attachment_971" align="aligncenter" width="225"] WARNING! STATISTS APPROACHING![/caption] This will work out just fine, I am quite sure. Bill Gates continues…

[embed]https://youtu.be/iXDnFYu91vY?t=26s[/embed]   The commenters began to shuffle out in a desultory fashion, their feet making splishing and sploshing noises…