In Defense of the Single Land Tax

Part 1:  An Appeal to Authority 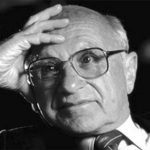 There’s a sense in which all taxes are antagonistic to free enterprise … and yet we need taxes. We have to recognize that we must not hope for a Utopia that is unattainable. I would like to see a great deal less government activity than we have now, but I do not believe that we can have a situation in which we don’t need government at all. We do need to provide for certain essential government functions — the national defense function, the police function, preserving law and order, maintaining a judiciary. So the question is, which are the least bad taxes? In my opinion the least bad tax is the property tax on the unimproved value of land, the Henry George argument of many, many years ago.

Believe it or not, urban economics models actually do suggest that Georgist taxation would be the right approach at least to finance city growth. But I would just say: I don’t think you can raise nearly enough money to run a modern welfare state by taxing land 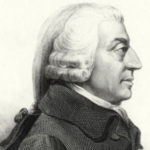 Ground-rents seem, in this respect, a more proper subject of peculiar taxation than even the ordinary rent of land. The ordinary rent of land is, in many cases, owing partly at least to the attention and good management of the landlord. A very heavy tax might discourage too, much this attention and good management. Ground-rents, so far as they exceed the ordinary rent of land, are altogether owing to the good government of the sovereign, which, by protecting the industry either of the whole people, or of the inhabitants of some particular place, enables them to pay so much more than its real value for the ground which they build their houses upon; or to make to its owner so much more than compensation for the loss which he might sustain by this use of it. Nothing can be more reasonable than that a fund which owes its existence to the good government of the state should be taxed peculiarly, or should contribute something more than the greater part of other funds, towards the support of that government.

Pure land rent is in the nature of a ‘surplus’ which can be taxed heavily without distorting production incentives or efficiency. A land value tax can be called ‘the useful tax on measured land surplus’. 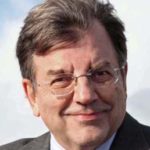 [T]axing economic rent has become the bête noir of neoliberal globalism. It is what property owners and rentiers fear most of all, as land, subsoil resources and natural monopolies far exceed industrial capital in magnitude. What appears in the statistics at first glance as “profit” turns out upon examination to be Ricardian or “economic” rent.

Rent is that portion of the produce of the earth which is paid to the landlord for the use of the original and indestructible powers of the soil.

My thoughts (such as they are) will start with part 2, but a teaser with what some economists you might have heard of think seemed like a good place to start. Let the arguments begin!

Identity Politics Part III: There is More to a Person Than Meets the Eye

Previously: Part One - If You Can't See the Chains, Does it Mean They Aren't There? & Part Two - Let's You and Him…