A charlatan, a Bagdhad Battery and a six year old pixie

While I was at work, I was given a menial task requiring that I extract medical documentation for an audit. Given the mindless nature I decided I needed some background noise and I wasn’t really up for music at that point in the day so I pulled up YouTube and came across this video from Stefan Molyneux titled, “Why I was wrong about Libertarians.”

Yeah, I know. So here’s where I engage a bit in a little virtue signaling over Molyneux. He is basically a personified version of Mike Hihn. No, I am not saying he is a 68 year old shell of a person, waiting for a male nurse to change his diaper while still living in his mother’s basement. What I am saying are his arguments and his approach to principle requires such rigid adherence, it is nearly impossible to apply it in the real world. Nobody can realistically live to such a standard. That said, many of his arguments are very well researched and he does put a lot of effort in building the logical framework to support his conclusions.

I should warn you, it’s mostly him staring into the camera 12 inches from his face in his steely-eyed, condescending, bald white guy with an accent, shtick. Watch the video, (or don’t) but fair warning: it’s almost an hour long.

Since nobody clicks links around here, here’s the Cliff’s Note’s version: In general, we have so little influence over the culture that we seem to believe it, gives us a pass for not living up to principle. Actions speak louder than words, as they say. If we are to preach NAP, but don’t live it, nobody will take us seriously. I’m a Federal worker, so I am very much guilty of this myself. I won’t get mad if you call me a mexican slaver, it’s probably true. To his credit, he does give an example or two where we can make such a change.

Specifically what hit me is around the 6:30 mark where he talks about spanking your children.

Does spanking violate NAP? Molyneux seems to think so. I find this a bit problematic because I have spanked my children in the past, mostly because I was spanked as well. I approached libertarianism from the cultural right like many. Yes, like nearly all Hispanics (or whatever adjective you prefer), I am Catholic and that authoritarian “there are rules to life” attitude, coupled with a patriarchal culture, generally means corporeal punishment fell neatly into the child rearing toolbox. Plus, since I was often around 18-19 year olds in the Air Force and working on high voltage power lines, it was a handy tool as an NCO, as well, because NCOs are often surrogate parents. It’s quick, to the point, and most importantly, the idea that you did something wrong has a tendency to stick around for a while—quite literally, because it hurts. Great for that stupid Airman looking to get himself electrocuted. I also go for hand slapping, and egregious offenses (mostly Airman) got a hand to the occipital bone; they recover quickly.

Yet, violence begets violence. While nobody died on my worksite, a fact I am still somewhat proud of given the tendency for high voltage military assets to explode due to operator error, I could have easily been charged with assault. I was called to my son’s school when he punched a kid for reasons he still won’t tell me. Growing up, one of the few memories of my dad was my being scared to death after I talked back. My youngest son is now the same age I was from that memory. I could be a terrifying figure as he is one tenth my size.

The easiest way to create another libertarian is to be one in front of your children; chances are they will emulate you, so to make a long story short, that douchebag has a point.

Which brings me to last Saturday. My oldest son has a book filled with random projects he can build with household items. One of them he was interested in was the classic, potato powered light bulb. We decided to take it a step further by assembling a small lamp powered by a Bagdhad Battery. 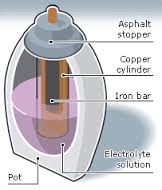 Off to the hardware store we go with my six year old daughter deciding to tag along. Now, my relationship with my daughter is much different than my two sons. I don’t believe children bond with their parents as an infant; it comes about 3-4 months later when they begin to walk and interact with the world. I was in Iraq while my oldest son was that age so there is something…missing. That same thing is missing between my wife and daughter, as my wife was in Afghanistan while she was that age–my daughter and I are very close. So we get to Ace Hardware, I pay for our material, we hop back in the Jeep, and head home. 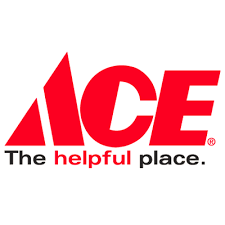 She took a long time hopping out of the Jeep and had a curious gait walking back into the house. I stopped her, and asked what she was hiding and she says, “Nothing.” I asked again, pointing out she has a square item hidden under her dress, that she is holding in her hand and she again replied, “Nothing.” I pull up her dress (don’t go there) and reveal a small tin of Altoids. She then proceeded to tell me that my sister gave her that and said she could eat it in the car.

Bullshit. NOBODY EATS IN MY CAR.

Oddly enough, when I told my wife what happened she told me that she shoplifted on occasion until the age of ten, which added another WTF to my weekend.

Eventually, I got it out of my daughter that she found it at the hardware store in the impulse buy section and she slipped it under her dress while the cashier and I were verifying that I cut my body length of stranded, #14 AWG copper wire, exactly 71 inches, priced appropriately at $0.49/foot. I could’ve slapped her hand then but I decided not to. You people are always complaining that there are no libertarian women, so maybe I’ll try to do my part. Don’t get any bad ideas OMWC…

I first told her since she was going to steal from the store, I was going to steal from her. I had her pick her favorite shoes (she likes shoes) and set them in a box. I then considered this was non-productive because her favorite shoes are silver boots, and since we live in Phoenix she won’t wear them until October, anyway. This also creates a double standard a six year old can recognize. I settled for making her watch her brothers eat strawberry shortcake that evening. 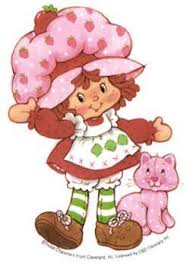 This upset her, so I took her to her room and explained to her why she wasn’t getting cake. The lesson however, was the can of mints was an item for sale. Selling the mints means the store gets money for the mints. If the store has money, they can continue to stay open and sell more mints for people that want them. If enough people want or need mints, the store will have to hire people to be able to stock and sell these mints. To sum it up for a 6 year old, she was stealing from the workers, because the mints pay their salary. She was stealing from the store owner (ACE is a franchise, it’s why I shop there), the cranky old man in the back that makes keys, because the mints help pay his lease and his livelihood. Finally, she was stealing from me, because all crime is the theft of something valuable. In this case, she stole my trust.

She was crying after that so in a way, maybe I did hit her. She recovered fairly quickly and is still a six year old pixie.

I supposed that you all want some links this morning, hmmmm?  Or more likely, just some place to snark and…