It isn’t the real start of the season, that is next weekend. But there are five games being played this weekend in FBS, so might as well get started. Like the short week itself with a lack of interesting games, this preview is mostly dull, too. It will get better next week, honest.

Rivalry of the Week

These border states (I am standing by it. If you go the correct Northwestish angle from Hawaii, the next state you hit is MA) have played a total of **ONE** time previously, with Hawaii winning 46-40 in 2016. Stubhub has seats starting at $15, so you better get on it. 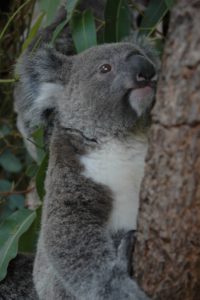 Tailgate of the Week

Kangaroos, Koalas, Drop Bears, and college football. This location has everything you would expect from an opening weekend. Stanford and Rice kick off their seasons in the land of poisonous beasts and plants. My understanding is that normal college football rules will be used in the 1st and 4th quarters, but Aussie rules will be used in quarter 2 and Rugby League rules in quarter 3.

Rice leads the all-time series 3-2, but Stanford has won the last two, dating back to 1964.

Brewpub: Redoak Boutique Beer Café looks like a good spot to hit before or after the game, but I will let our locals throw in their two cents? pence? pesos? worth. 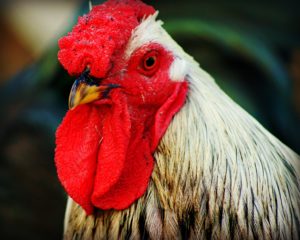 Game of the Week

There are only five FBS games this weekend, so this is the best I can do.

Methodology: The rating is calculated assuming that the team in question (let’s say, LSU, for this example) wins the rest of their games. Which, at this point, means they go undefeated, but the rest of the games go according to projections (the projections are just based on end of 2016 rankings). The rating numbers of these hypothetical undefeated teams are then used to compute the rankings. So, at this point, it is basically a ranking of Strength of Schedule. As the season goes on, future schedules will become less important and results of games actually played will become more important.

Editor’s note: Link included at the request of a founder

With hurricane Harvey descending upon the Gulf Coast, Sloopy took off a day earlier than planned to take his daughter…