I want to start off today with some excellent news: The SHARE Act has passed out of committee in the house and is headed to the floor. This bill does a ton of awesome stuff, most noteworthy being the removal of silencers from the clutches of the evil NFA, as well as gutting the ‘non sporting purposes’ bullshit and preventing rifle ammo from being banned as ‘armor piercing’. Barring any unforeseen problems in the house and senate (I’m looking at you, McCain, you shitbird) it should be on the president’s desk in a few weeks. This would be the biggest pro gun victory since the sunset of the assault weapons ban. Do everything in your power to get this to pass. Seriously, this is YUUUGE!

In case that last bit of news made you too excited, here is a little nut punch to even you out: Paul Ryan has unilaterally blocked the National Reciprocity Act from reaching the floor, claiming ‘the timing is not right‘. This fucker needs to be primaried.

That’s enough news. Onto the topic du jour. When most people buy a gun, they probably put an immediate consideration into things like price, reliability, and features. I, however, am a bit different. When I see a new gun, the first thing I ask myself is ‘can I even use it?’. That’s because I am left handed. If there was ever a hobby that discriminated against left handed participants, I would imagine shooting to be just behind polo in that regard. Up until very recently, you could not even get ‘ambidextrous’ or ‘left handed’ guns. You had to simply buy a right handed gun and learn to do everything ass backwards. God forbid you needed to reach a safety at any point cause you were proper fucked. I have heard that in WW2, southpaws would leave their 1911s on the half cock notch and learn to draw and cock the hammer before firing, since the safeties on those guns could only be used right handed.

Not exactly what I had in mind when I did the GIS, but I’ll take it.

Things have gotten much much better in the last few years as gun companies realize there is a whole 20% of the market they could be servicing better. Even 7 years ago when I started seriously getting into guns, there were only a handful of companies that made ambidextrous handguns. Now just about every single brand has a left hand friendly model. Even Glock’s newest generation has an ambi slide lock and a reversible magazine release.

This does not mean that everything is awesome, however. The handgun market might be very lefty friendly at this point, but the long gun market still has much to be desired. Let’s take one simple example. Say you wanted a 9mm rifle. Most of you would simply go online, buy a Kel Tec Sub 2000 for around $350, and call it a day. Not quite so simple for me, however. You see, the Sub 2K has a right hand only safety and mag release. I could probably learn to use them, but if I am going for competition use those extra few seconds add up. This means I have to look at guns 2 to 3 times more expensive just to get the features that I need. I either have to build a custom 9mm AR or I have pony up damn near a grand for something like a CZ Scorpion Evo. That is a significant price bump just because I was born this way. Revolvers are similarly problematic because 99% of them are completely right handed. I know of one company making a very small number of reversed 38s for southpaws, but that’s it.

It isn’t just boutique guns that suffer from this problem. Let’s look at the ubiquitous AR-15 platform. Aside from the trigger, there are three controls on an AR: The charging handle, the safety, and the bolt release. All of these are inherently right handed. If you normies wanted to buy an AR, you could go and get the cheapest thing from Palmetto State or Radical Firearms and be happy. Lefties don’t get off so easily. First, I would have to change out the safety. That’s a minimum of $20. Then I have to add an ambi mag release. Another $20. I also need a BAD lever. 30 bucks. Finally, I need an ambi charging handle. The absolute cheapest I have ever seen one is $40. Add that up and you are looking at an extra $120 just to use the gun. Mind you these prices are the bare minimum. It is not uncommon to pay $50 for a good ambi safety, $50-$100 for a lefty mag release, and $80+ for a charging handle. You can see how quickly this stuff adds up.

The place that really gets dirty for lefty shooters are bullpups and bolt action rifles. By design these guns are not ambi friendly. You have to go for one hand or the other, and since most people are right handed, most guns are as well. I do not own a single bolt action rifle for this very reason, and up until the Tavor was released I didn’t own a bullpup, even though I love bullpup rifles. The Tavor can be set up for left or right handed operation, but in order to make mine a lefty I had to pay an extra $200 and ship the gun out for a conversion. Not cheap or convenient.

I think the worst part about all of this is that there are ways to make guns more lefty friendly. Companies simply don’t do them. Top break revolvers have been around for centuries but they are basically nonexistent today. Ambidextrous bullpup designs are starting to proliferate but they are still in the minority. To my knowledge there has never been a bolt action rifle that could be swapped from left to right handed operation (trust me, I’ve looked). Just about the only place ambidextrous design is in vogue is the handgun market, which is kind of silly because the handgun is probably the easiest weapon to learn to use weak handed.

I am sure there are some of you out there reading this rather incredulously. Waah, poor Vhyrus was born a freak and the world won’t change to accommodate him. And you’re right. This is a minor gripe. A textbook first world problem. That is exactly what’s wonderful about our country in [current year]. Things are so good I can bitch that my military grade death rifle isn’t user friendly enough. Compared to disease, starvation, war, slavery, oppression, and everything else going on, this is a giant nothingburger. So, in reality, this rant is actually glowing praise of our society in disguise. But, I still want my left handed guns dammit, and I sincerely hope that the ambidextrous trend for gun makers continues to build. Because as it is now, the kids are definitely not all right. 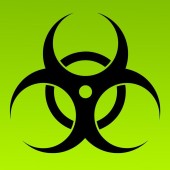 STEVE SMITH NEED TO RELAX TONIGHT. HIM READ WARTIMUS STORY EARLIER, AND NEED TO REST BRAIN. WILL GO FIND SOME…

Happy Weekend. I think my A/C froze up trying to remove a swamp's worth of water from the inside. It's…