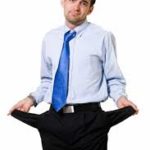 I like how the Afghan rebels waited until Mattis was safely gone before firing rockets at the airport. Probably afraid that he’d roundhouse kick the rockets right back to them.

FFS, so much wrong with this. I mean besides the tragic murder of two teens. Urban Assembly School for Wildlife Conservation in the Bronx? A 3″ switchblade? The school’s fault for not having metal detectors? Why am I adding so many question marks?

From the Department of Wouldn’t Fly as Fiction: Four arrested after fight breaks out inside an ‘EMPATHY TENT’. 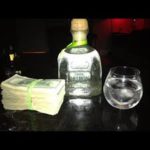 Brett set out to find America, the real America, the America of strip malls and serial killers, of butthole waxing and kelp smoothies, of cocaine and maggots. He sought it in the most American part of America—Florida: swamp gas and fever dreams, where love arrives on a rickety boat and leaves when it doesn't have the money for its fourth abortion. Oh, where has Brett gone? He’s drinking at the neck of America’s wang, chewing its foreskin and working its shaft. Brett is becoming legend. Brett can never die. Brett can never die. Brett is America, facedown in his own patriotic puke: the red his blood, the white his stomach lining, and the cold, cold blue his gas station slushie, spiked with coconut rum and tetracycline.