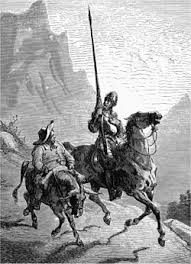 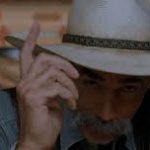 Catalan separatists respond with a good bye vote in Parliament [Note: this vote was boycotted by opposition parties, the result was : 70 in favor, 10 against and two blank ballots out of a 135-member parliament].

So now what? The Catalan vote appears to be a reaction to the Spanish Central Government moving to impose direct rule over the area (Article 155 of the Spanish Constitution). Some interesting notes in this story.

To those who think this is simply a bunch of Lefties who want to prog harder than Madrid:

Marta Ribas of the leftist Catalonia Yes We Can party said “two grave errors” were being committed Friday.

“First, the Article 155 which will take away our rights and impact all the country. But it is a grave error to respond to that barbarity with an even bigger error,” she said. “The unilateral declaration of independence won’t protect us against Article 155, you will only make the majority of people suffer.”

One of the demonstrators in Barcelona was quoted as saying:

“I am here today because we will start the Catalan Republic,” said 68-year-old protester Jordi Soler. “Madrid is starting with total repression — and there is no longer any (other) option.”

So now we will have to see what Madrid will do when it invokes Article 155. I am expecting the National Police (the headcrackers from the referendum) to go in and arrest everyone they can. The Catalonian provincial police’s reaction will be key – if they resist, the Army will go in next, and I think it will get bloody.

Does any of this change the view of a libertarian? To this minarchist, I am slowing moving further and further into the Catalan camp.

It is time once again to pretend that we have education and class. Our one chance of getting invited to…

The freaking Member-Guest is this weekend at my club, so I'm gonna have a hard time getting a round in…