Of Wolves, Men and Morality: part one

“Nihilists! Fuck me. I mean, say what you want about the tenets of National Socialism, Dude, at least it’s an ethos.” – Walter Sobchack

Throughout history, among the various Big Questions of Philosophy – of Life, the Universe and Everything – were the Questions of ethics, morality and human nature. These may or may not have been supplanted by the query “are traps gay” in present, more enlightened times. But ehm… let’s focus on the older questions. What’s all this then?

There once was a saying, in some old language no one cares about anymore, “Homo homini lupus est”, which either had to do with aspects of human nature or was a warning against having wolves as pets. Either way, it gave me ideas for the title of this post.

What is human nature? What is wolf nature? How similar are the two? Is human nature  immutable or does it evolve in time – if so, in which time-frame? Can it be change at will – just one gulag away from the New Man? Do some things never change? How many questions in a row can I ask before it gets annoying?  How much wood would a woodchuck… Hell, if I knew all that, I’d be teaching at Oxford or Cambridge – whichever one is cooler and with hotter students. In the meantime, here we are.

The debate of how static human nature is revolves around the never-ending discussion of nature versus nurture in human development. Trying to fully answer this would achieve little, as it is as old as philosophy and yet to be resolved. Long story short, it’s a combination of both, and how much of each varies from person to person, society to society, time to time, in unknowable ways. Sociologists will investigate this further –whether we want them to or not – although, being sociologists, they are highly unlikely to find anything worthwhile. Also Steven Pinker and Nassim Taleb had a spat about it over the Better Angels of our Nature book. At least it keeps them occupied.

I am not a social constructionist, so I believe there are strong elements of human nature that are clearly innate, genetic. They may change over long periods of time, with the evolution of man and maybe human society; they may be softened by education or experience. But they are forever lurking in the shadows of the human mind. This is the nature part. Frankly I find the notion that human behavior has no significant genetic component ridiculous. Everything about humans has genetic influence – height, the color of various external components (and implicitly whether you have a soul or not), or liking coriander (or is it cilantro… anyway I sort of like it, but I don’t love it). Everything, it seems, except the brain. What amuses me is that people who claim that nurture is everything are also people who claim to believe in evolution and mock religious creationists. There is no way, after all, that evolution shaped behaviour.

Conan! What is best in life?

By human nature, of course, I do not mean characteristics of a certain individual, but general characteristics of most humans. But can we truly know which parts of humans are nature? While there are differences between brains of humans, there are also similarities. This is to do with what the immutable part of human nature is, basic facts like response to incentives, wishing to increase satisfaction and decrease unease, wanting to achieve goals, needing friends and family, sex, drugs and rock n roll (since caveman time people have gotten high and created art, often at the same time).

Some things about human nature can be positive, others decidedly not so. This should be understood and fought against by each of us – the darkness within. Fighting it is hard and often useless, but fight we must. You will not eliminate these things, try as you might. Can you truly change your nature? Well, it depends on what nature is. An alcoholic can stop drinking, but is human nature to be an alcoholic? Probably not.

The ridiculous thing is that the Old left understood this on some level. They wanted to create the New Man, the Socialist man. Bigger, better, sexier, more obedient.  They realized that the nature of the Old Man was not what they wanted. But did they truly believe they could do this, or was it demagoguery? Probably a bit of both.

Of course there are elements which greatly differ between individuals and which are also biologically determined – height, athleticism, intelligence, personality, socializing. They are, of course, a clear combination of nature and nurture, meaning they can be influenced and shaped by nurture, but not completely. In basketball you are either an explosive athlete or you are not, no amount of training will make old Pie into Russell Westbrook.

Now, assuming human nature exists, can we get a coherent system of ethics out of it, especially given subjectivity is inherent in human nature?  We can at least try, which is precisely what I plan on doing.

Now in regards to ethics the million silver dollar (screw inflation) question is – can a universal, objective system of ethics be derived directly from human nature? Not an easy question – this depends on where one stands in investigating the classics, like Hume’s is–ought problem or Moore naturalistic fallacy – writing tip: randomly name calling past philosophers makes you seem smart and well read. I sort of agree with C. S. Lewis on this on, that nature is about what is and ethics about what ought to be. But maybe you can use some solid facts as a starting point.

One thing is certain: ethic systems are generally based on a first premise – some basic axioms – which, cannot be easily claimed as universal. Not without extremly well though out arguments. This should be obvious by simply analyzing human civilization and finding wildly different systems.

The fact that there are different systems of ethics does not mean they are all equally valid. Is it that ethics is subjective, or that some people are just plain wrong? Are all systems equal, or are some better than others? The tendency is to say that, obviously, some are better – expecially the one the person holds, if we believe something we think it is correct.

Some axioms will be better than others, more rational, logically consistent and easier to apply universally and leading to better results, but in the end some things have to be asserted.

Ethics systems have changed. Has human nature evolved in time? Or did it reflect a changing world. I don’t think it changed substantially, and me it seems to me that systems who tried to change some very basic facts of human nature have failed to take hold. Humans have the need to eat and to do that they hunted, but after some time they learned how to satisfy hunger through agriculture – though some still claim we were better off as hunter gatherers. This often made humans much less nomadic then they were as hunter-gatherers – can this be considered a change in human nature? I think not. 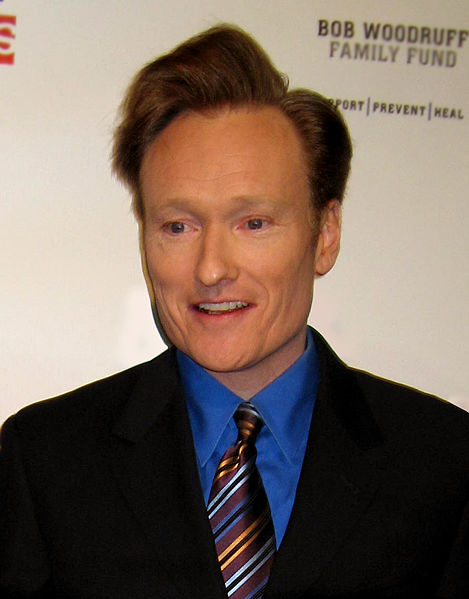 As society evolves, some types of violence tend to decrease, but not disappear – is violence human nature or is it just one of several means to an end? Some people are inherently aggressive and that does not change, but as society evolves that aggression can be channeled differently or kept in check by isolation. Culture matters obviously, children learn from parents, society or religion affects people, and these evolve faster than the human creature.

A strong influence in modern times is availability of information. When people lived isolated in small town and villages, they didn’t know much about foreigners, so it was easy to view different as dangerous or evil, but as people learn that the inhabitants of other lands are people just like them, they may be inclined to more tolerance of The Others.

So the conclusion thus far: Humans have various views on morality, some better than others, and the views change in time. I will more clearly present my personal views in a future installment (should it be published).

Now, I feel every glib saying to itself, this is a pretty pointless article. Does not say much really. Which is true. But this here is a blog post, not a scholarly work, so the point is to basically do a survey of the audience. The question being “what is human nature” and how does it balance with nurture (50/50 60/40 that sort of thing). Discuss …