OK, I lied…More on Catalonia.

I thought the topic was done with. The Catalonian leadership had waffled, Madrid had growled and it looked like the whole thing was done. A bluff called and folded. 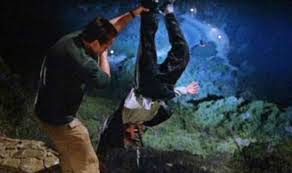 Remember, Sully, when I promised not to talk about Catalonia anymore?

But, as in many things…I was wrong. The Spanish central government appears to want this over with, once and for all. As I have been questioning – what does this matter to a libertarian? Is this a case of “When in the course of human events it becomes necessary for one people to dissolve the political bands which have connected them with another and to assume among the powers of the earth, the separate and equal station to which the Laws of Nature and of Nature’s God entitle them“? Or just a bunch of whiny Socialists saying “What do we want? Socialism! Where do we want it? Here!” Should that even matter?

And now my bid to win a Judge Napolitano Medal for Meritorious Question Marking:

A good point Playa Manhattan had brought up – at what point is enough of the populace saying “we want out” enough? The referendum that trigger this shitstorm did not see even majority of eligible voter participation. Is there a number where you can draw a line and say “OK, there it is, enough to call it just”?

What happens to someone who wants to remain Spanish? You see a lot about the Spanish Constitution saying Spain is indivisible – does that hold for people who were not even born, or of age when it was adopted?

Will Madrid’s continuing crackdown push Catalans to say “hey, maybe the independence types are right…Madrid really does want to crap on us!”?

Can we just airdrop STEVE SMITH or send Zardoz over there to solve the whole thing?

I am torn…but if pushed, I would say that I would reluctantly back the Catalans. I do truly believe that Governments are instituted among Men,deriving their just powers from the consent of the governed. But I can be convinced this is not the case here. Discuss, debate and snark, as you will.