My friend told me about a new used car dealership that opened up in town over by the railroad tracks. The owner decided he’d revolutionize the used car industry by offering cars at their true  market value plus a 5% bump for overhead and salary. He’d make up for the lower margins with volume. 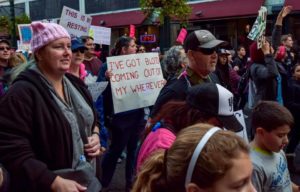 Possibly the woman who was the inspiration for this story.

I strolled into his lot and started kicking tires. A 2009 Honda Fit caught my eye. 17K miles and the body looked perfect. “Why don’t you take it for a spin?” the owner asked as he flipped me the keys. It had responsive steering, supple brakes and decent power for such a small engine. “We’ve checked around and this model with this mileage and condition goes for $7,200, so we’re offering it for $7,530.”

I stood there thinking about it for a long while. I had only $7,100 to spend. Of course, I needed the car for work and my job was essential to put food on the table, so I knocked $200 off his price in my head. Being a woman, it was obvious that I could be raped walking around at night, so I sliced another $300 of the price. Really, how much would it cost society to deal with another rape? And, isn’t this owner part of the raping gender? Also, I’m nearing fifty years old, so I’ll need money for retirement. If I don’t have enough for my old age, I’ll be a burden on society. I knocked another $500 off his price. Raised by a single mother: $600. Genetically prone to obesity: $450. Lesbian experience in college: $150. Bad teeth, left handed, bad at math, more than five vowels in my last name. The numbers were flashing through my head like John Nash working on differential geometry.

Finally, I had my answer. “I’ll take the car. According to my calculations, you owe me the car and $2,600.” As I listed my deductions, the left side of the dealer’s face started twitching. When I reeled off the last deduction, he reached out his shaking arm and handed me the title. 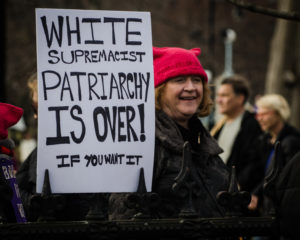 She pulled out of the dealership in the purple Honda Fit and turned up the song that came on the radio. She had loved Alanis Morissette ever since she had heard it playing in the background while eating out her college roommate. She looked in the rear view mirror and saw the dealer waving good bye, some pinkish liquid running down his forearm. She thrust her arm out the window and flipped him off. “Fuck your white patriarchy!” she yelled and stomped on the gas.

BAAAAAAAM! “Hey, Boss. What was that?” the young mechanic shouted from the Fiat he was under. “No problem, kid. Just means the train was on time.” He started wiping off the brake fluid on his arm, proud of himself for not mansplaining to the lady that brake lines were bad.

Hey, y'all. Its a fun day to be a web junkie. I wonder how many people are wishing someone had…

Wouldn't you know it. The day I come back is a light sports day. And I know some of you…