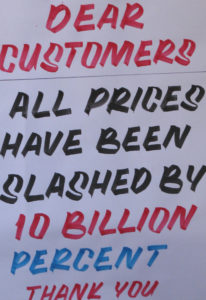 This is from a long, far-ranging discussion of economics and politics a former friend and I had on Facebook, and this post was originally written in 2013. I think this still stands up well, but this is not a new post.

My friend has a BA in Business Administration, hence the reference at least once to his business degree, and presumed cluefulness about how businesses operate and how business owners think. This jumps into the middle, and I’d rather just post this as-is, so I’ll paraphrase his points leading up to this. We wandered over to minimum wage via government regulation (which in turn stemmed from a discussion of the incestuous relationship between business and government); I’d said that most regulations are obsolete and hurt business, he pointed out that yes, some are obsolete, but others are there to protect people, and voila, minimum wage is an example of protecting workers.

You and I are coming from the minimum wage question from 2 completely different angles. You believe in (federal) government protection of workers. I believe in the (federal) government sticking to the Constitution… and minimum wage isn’t in the Constitution, even under the commerce clause (what Joe Shmoe is paid in Wichita, KS, has nothing to do with a different franchise in Kenosha, WI, selling their burgers). If it was a state minimum wage, it’d be a different thing… although I’d still be against it, the “it’s not a role of government” argument wouldn’t apply.

However, setting that argument aside, I’m still coming at it from the side of “personal responsibility”. You have 3 options as a burger flipper: either find an employer who will pay you what you think a burger flipper is worth at whatever quality of burger flipper you are (I’d assume shoddy, since you feel you need some kind of protectionism to get paid a ‘decent’ wage, but I may be wrong and you may just be ignorant and unaware that you can switch jobs without your world shattering), be the best damn burger flipper you can be and justify that raise you’re asking for (what everyone making over minimum wage does when they want/need to make more money), or learn a skilled trade or get a higher education in something and stop being a burger flipper and start being something like a carpenter or architect.

Again, I’m not talking out my ass, or in theoretical terms about things I only vaguely observe from some mystical ivory tower somewhere… I have the t-shirt. In high school and through college (and after college for a couple years, because of the recession) I worked really crappy jobs. Food Lion and Walmart didn’t pay minimum wage (even McDonald’s doesn’t), but it was bloody close. After I moved out, I didn’t make enough most of the time to cover my gas and such (I was in college by the time I moved out)… so I did the best job I could do and got raises every year. When I could, I got promotions. And when I found a job that paid me well and needed my skill set, I changed jobs and came to work at my current job. I didn’t ask the government to make anyone pay me more, or wish minimum wage was $12/hr… I made myself a better employee and justified the money I was getting, and went above and beyond so raises and promotions would be justified as well.

And since you have a BA, I assume you know as well as I do that businesses aren’t charities– they aren’t there to give workers the money they ‘want’, or deserve for being a special snowflake human being. Businesses exist to make money, and as a side effect pay people to make money for the business… and that pay is in proportion to a person’s value as an employee. If Mother Teresa sucks at flipping burgers, then dang it, Mother Teresa deserves minimum wage… or to be fired. It doesn’t matter to Burger King that she’s Mother flippin’ Teresa, man. She’s a terrible employee, and her pay reflects that. 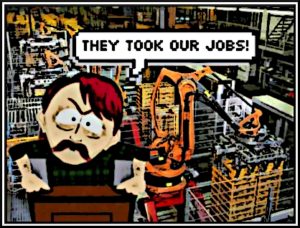 Also worth noting is the point he’d made earlier about employees being replaced by automation if they get too expensive to employ. This is a very valid point that most minimum wage workers and people who advocate for them don’t seem to understand. Again, people own businesses to make themselves money. If they can’t make enough money, something’s got to give. And when there’s no more non-employee overhead to cut, they need to start cutting people. As a general rule of thumb, it costs about twice an employee’s gross pay to employ them (given employer shares of FICA, certain states’ income tax, worker’s comp, benefits, etc.)… so that $10k/yr employee actually costs the business owner around $20k. I’d imagine Obamacare penalties and/or post-obamacare insurance premiums have upped that 2:1 ratio. So if it costs less than $20k/yr to set up an automated ordering kiosk and a burger flipping robot, guess what a business owner is going to do?

And then there’s the economic effects of raising the minimum wage. Less than 10% of workers make minimum wage, so this would have very little direct positive effect on people. However, in short order, it would have great negative effects on a large number of people. Artificially raising the wages of one segment of the population increases cost for certain businesses, they raise their prices, which raises costs for other businesses, and so on down the line until prices have increased across the board, and we’re right back where we were. This is how raising the minimum wage is a driver of inflation. 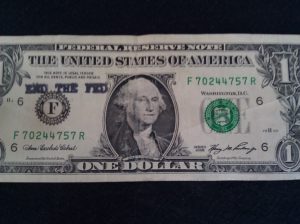 In this country, like most countries in the world, we have a fiat currency; that is, a currency whose value is not linked to a commodity (like gold, silver, or salt), but is based on the trust that the country issuing the currency can pay its bills. By its nature, fiat currencies are subject to almost constant inflation through devaluation of the currency. Especially when the country in question is engaging in… let’s say non-optimal monetary and economic practices. In our case, budget deficits, a high national debt, and things like quantitative easing. It’s part of the reason everyone’s parents have stories of “I remember when gas was $0.35!” (for my generation’s parents) or “I remember when gas was $0.98!” (the story I get to tell if/when I have kids and they’re old enough to be regaled with tales of ‘the good old days’). Another factor in inflation is artificially raising wages– you’ve arbitrarily decided that the dollar is worth less than it is, so people need more of them. And by deciding that one segment of the population needs more, less valuable dollars, everyone else needs to have and spend more, less valuable dollars to keep up with the sudden devaluation of a dollar for a certain segment of the population.

So, with a rough idea of how inflation works in mind, it makes sense that raising the minimum wage (or even having one, I would argue) is detrimental to the economy as a whole, and you end up chasing your own tail. What happens when inflation catches right back up to you again? The cycle of artificial inflation begins again, and the minimum wage is raised, devaluing the currency and forcing business costs to go up, rippling down the supply chain, raising costs of end-consumer goods, etc. We aren’t going to rein in fiat-based inflation any time soon, but we can stop wage-induced inflation by not raising the minimum wage. 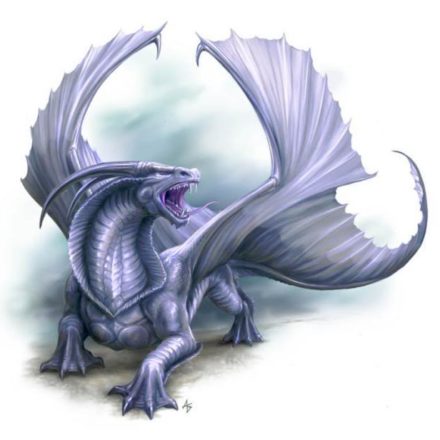