I was reminded the other day that the Ringling Bros. and Barnum & Bailey Circus had closed recently, and it got me to thinking about animal rights, particularly from a libertarian perspective. 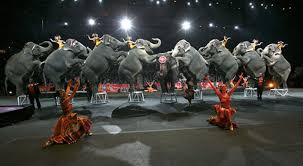 First, a bit about where I stand: I eat meat; I’m fine with employing animals for their labor; I’m also fine with keeping animals for companionship. We have an English bulldog who’s pretty awesome, if occasionally stubborn and flatulent. I hunt and fish, and I don’t have a problem with killing an animal that I’m not emotionally attached to for food. But, I don’t want to cause any unnecessary suffering to any animal, and I don’t think anyone else should, either. If someone intentionally hurt my dog, I’d inflict as much pain as possible on them, and maybe on their children, too. Ideally, I’d eat free range meat, but I haven’t done my research yet to figure out what that entails (or even means) and how to go about it.

Circuses are out for me. I don’t want animals to be kept in captivity for my entertainment. Zoos require some nuance. Some zoos exist purely for entertainment, and there are many examples of cases in which the animals in these zoos aren’t treated well. However, there are also many zoos (and aquaria) which have multiple functions of research, education, and, entertainment. I’ve had the privilege of visiting some excellent ones, including the San Diego Zoo and Safari Park, the Monterey Bay Aquarium, and the Vancouver Aquarium. These zoos have biologists on staff who conduct studies to better understand the animals, as well as biologists charged with the care and well-being of the animals. As an added benefit, those of us who aren’t biologists can visit and learn about, and, yes, be entertained by the animals.

Now, on to the perspectives on animals rights that I was aware of beforehand. One perspective is that animals are not humans, and thus have no rights. Another is that there’s no special sauce that distinguishes humans from other living creatures (indeed, we share an overwhelming percentage of our genetic material with most other living organisms), and thus animals should have the same rights as humans. I think that these are both extreme views.

Given that western civilization is heavily influenced by Judeo-Christian values, it’s not a coincidence that the origins of some western values on animal rights can be traced to the Bible. Genesis 1:26 says “And let them have dominion over the fish of the sea and over the birds of the heavens and over the livestock and over all the earth and over every creeping thing that creeps on the earth.”

However, there are also many examples in Judaism and Christianity that hold that humans should care for and protect animals (see Francis of Assisi, patron saint of animals, and the analogy of Jesus as the shepherd). (Aside: ZARDOZ seems mostly concerned with grain production, but what does He command about animal rights?) 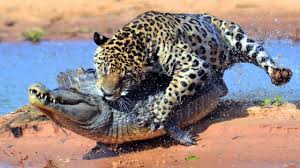 Hey, guys. Sounds like somebody has a case of the "Mondays"! **finger guns** Me, I have to get on a plane…

Meh. That is the theme for this morning. Just don't say we have a case of today... [caption id="attachment_17395" align="aligncenter"…