Western Culture: The Left, the Right and the Tug-of-war

There is a Romanian phrase, used when someone abuses a certain issue, which can be paraphrased along the line of, “Easy with the Western Culture down the stairs.” If you rush too much, you may break whatever you are rushing with, is the meaning. I feel that recently this is the case with Western Culture in the Culture/Social Justice/Whatfuckingever wars that do not seem to go away.

There are two facets to this. Well let’s not go to binary, like gender there are a million facets to this. One is that the CW/SJW thing is often little more than a massive distraction, a lot of noise to drown the signal, keep the participants busy while corrupt politicians keep doing corrupt politician shit. On the other hand, it cannot be fully ignored, because aspects of it are very dangerous. One of the main components of this was/is the late/great Western Culture. I will address this, sort of, kind of, with plenty of to be sure and wimpy language.

So let’s get ready to a-rumble… in the ehm Red (Pinko sometimes) corner we have the Progressive Left. In the Other Red corner we have the various flavours of the alt right. In the middle we have the enlightened alt centrist; the self-described non regressive left; the modern right; the cosmotarians; and a few odds and ends. In the end, we have the battle of progressives versus literal Nazis.  And western culture is at the forefront, it is the gloves, if you will.

Culture or a pile of rocks?

To start with, let’s go to Wikipedia, because why not. “Western culture, sometimes equated with Western civilization, Occidental culture, the Western world, Western society, European civilization, or Judeo-Greco-Christian civilization, is a term used very broadly to refer to a heritage of social norms, ethical values, traditional customs, belief systems, political systems and specific artifacts and technologies that have some origin or association with Europe.”

So, as we can see, Western Culture is a very expansive category. It can mean many things to many people (for some The Sistine chapel, for others The Chive and the invention of the bikini), then and there, now and here. This is why I am rather wary of overusing it as some generic all-encompassing term in a debate. We must defend western culture is the rallying cry. Which one? Which parts of it? To what ends? These are questions I feel we need to keep in mind.

Just as a side note, I find the construct Judeo-Greco-Christian rather silly, and one of the things that annoys me about some modern conservatives. For most western history this was not a thing, as Christians were highly divided until recently and Jews have a long history of not being on the best terms with the mighty western culture. There is no single unified Judeo-Greco-Christian tradition. Yes, various flavors of Christian and Jew contributed to the development of the ideas behind the West, and the culture obviously developed in the context of religion. But this is not enough for this construct.

I might state that I am not religious and I see little worth to attaching so called western values to a religion or other in the present, especially since a number of the enlightenment people who developed these values, while most likely being religious themselves, did not approach philosophy from a religious angle. Judeo –Christian means in modern speak not Muslim and sometimes not secular, and it is an attempt to try to co-opt all sorts of people as a collective. It is, as we say in Romania, an ostrichcamel. 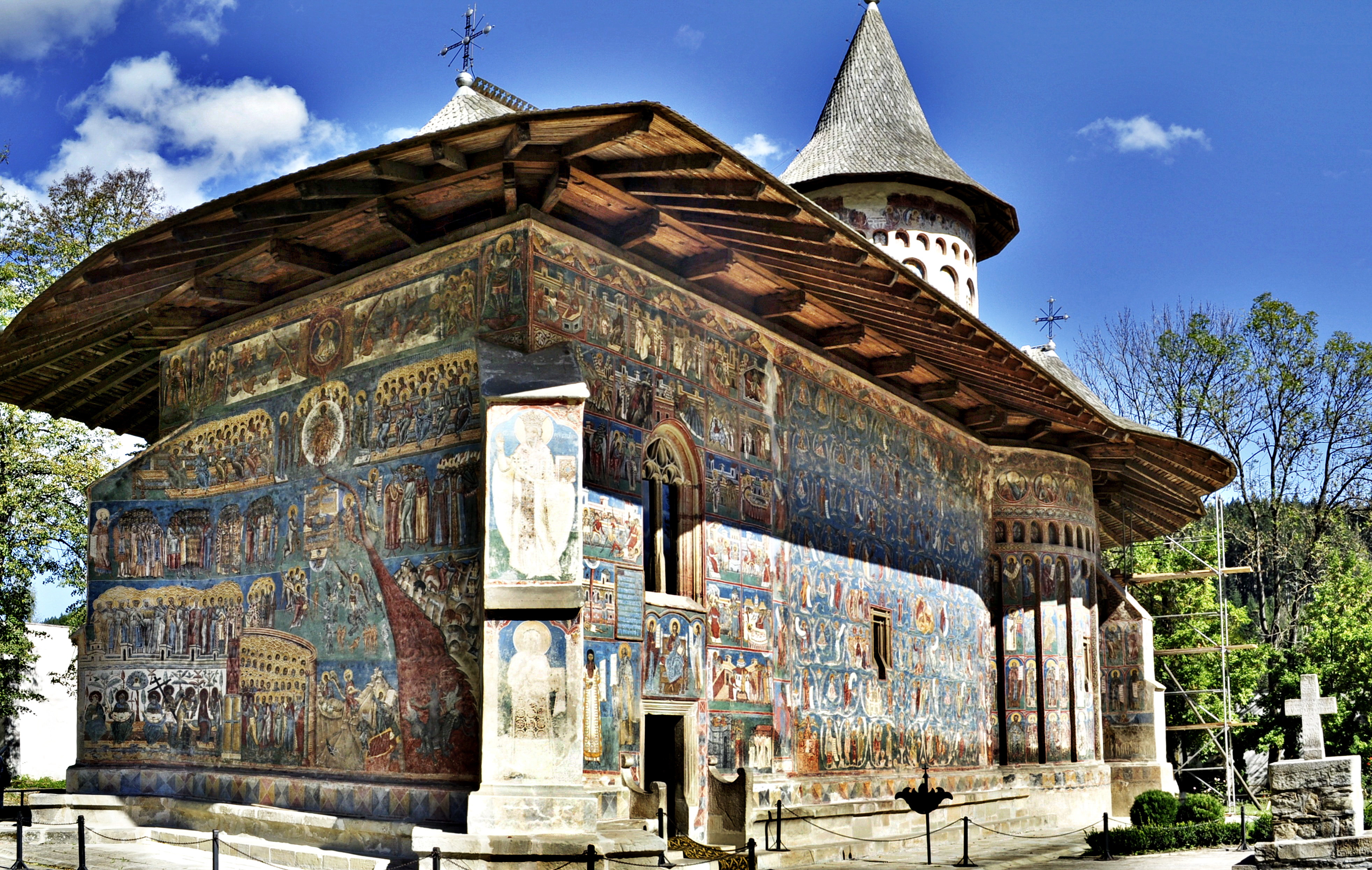 Good church need not be huge. Mind the hellfire.

Now, for a second side note, let’s get subjective, as the various warriors are wont to do. You may not have noticed, but I am a Romanian. As such, I am somewhat at the fringes of western culture. Romania was not traditionally part of it, or not fully, at least. Always scurrying along the edges, looking in. An eastern orthodox nation heavily influenced by Russian and the Ottoman Empire, the habits, mores, traditions are different. We were of course part of Christendom in the premodern era, and had elements of western and eastern culture. And many a times the leaders wanted more, Romania was always on a long slow path to being more of a part of the West. When joining the EU many said we joined Europe.

With all that said, I can say I admire many a thing about western culture, and as a modern Romanian I consider myself part of it. But I do not like to look at it as a uniform thing. As a libertarian, I like liberty and individualism. As a human I like security, prosperity and everything that comes with that. And I like the parts of Western culture that promoted those things, many then, most if not all, other human cultures. I am also critical of elements of Western Culture that did the opposite.

I do not like mindless worship of anything, including culture. And I do not like nostalgia about some long lost ideal past. There was never such a thing. All cultures need improvement and everything needs criticism. Humans, and their societies, are hardly perfect. And it looks to me like all these western culture warriors only use it as a rhetorical tool and little else.

The free speech war is a good example in this regard. One should not think rightists want to preserve free speech when they did not in the past. Just like the true face of the left free speech movement was seen after they thought they could get speech they didn’t like banned. It is also good to notice that, while free speech was a value of Western Culture and vigorously defended by many in the past, it needed vigorous defence precisely as it was constantly under attack by elements of the same culture.

One issue is that, as a libertarian, you often are accused of wanting to go back to sometime in the past because you want a reduction in taxes regulations and general involvement of the state in the economy. This is due to the fact that leftist arguing 101 is to scream racist at people, and they constantly try to equate thinking that the regulatory environment was better in the past, that the whole society was better, and that you want all aspects of that society including the racism and discrimination. This is false and should be countered, which why it is important to phrase arguments properly beyond the western culture thing. 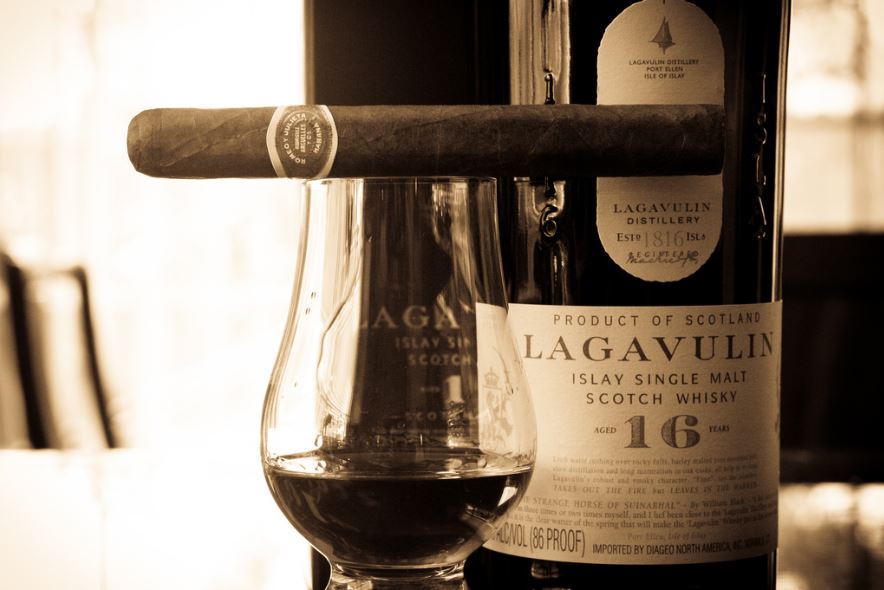 I often sample western culture myself.

Me, I do not want to go back. I do not like the phrase going forward either to be honest. But, to take the standard analogy, going forward on the wrong road is not a good idea. I want to go down the road to more liberty. If this implies certain aspects to be more like they were in the past, it is not going back, it is going toward liberty. If I find things wrong in the past, but OK now, I want to keep them. If there was something wrong then and wrong now, I do not want to “move forward,” I want change towards liberty.  But I do not appreciate keeping things as they are just because that’s how they are. If they are wrong, they must be changed.

Everyone thinks repealing laws they don’t like is progress, but repealing laws they do like is regressive. Which is natural, let’s not stop progress towards my goal. But switching targets is not regressive in itself, even if I don’t like the targets. The trick to improvement is to keep the parts that are good and change the ones that are not. Change for the sake of change is not always desirable. And not everything new is good.

With all the previous caveats, I do believe that western culture is up there with the best that human achieved, lacking as it may be. I do not judge the past based on the future, and while there are things in 1800 I find wrong, it does not in any way invalidate western culture or the achievement of those people, mostly white men who sometimes owned slaves or maybe didn’t think women should have equal rights.

Free markets and capitalism brought the biggest increase in human prosperity in history. Of course this does not mean that some industrialists did not treat their employees poorly, although governments did have something to do with constant meddling. But this does not take away the achievements of capitalism, nor does it mean that without the big government of today, conditions would have remained like in the 1800s. Society and ideas evolve, views and attitudes improve. And above all, economic and technological growth moves things in the right direction, despite what government or some of the worse industrialists would want. You do not need the benevolence of the capitalist to improve worker conditions; the market does that just fine if you let it be. But I do not glorify the 1800s.

I believe that the best development of the West was individualism and individual negative rights. This led to liberty and values that lead to a successful life. Through the tumultuous past, I see ideals of liberty as a fine wire weaved through, moving things the right way. There probably is an English expression for this but I can’t figure it out.

Be a good person. Educate yourself. Earn your keep, have stable relationships, raise you children right (should you have any), and be charitable to the less fortunate. Help your neighbours, family and friends – as long as they deserve it. Be fair, be just. Do not initiate violence.  Drink good scotch. Don’t dress like a clown. This is all a part of western culture that must be not only kept but enhanced. We don’t have enough of it. But it is not necessarily exclusive to western culture and it was not, sadly, an overwhelming component of it. 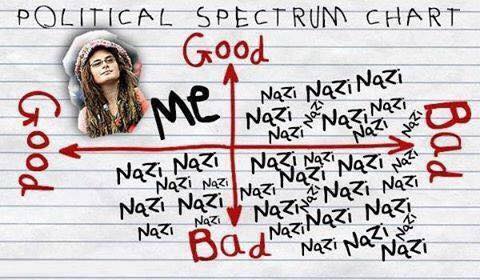 The height of Western political though has been achieved

And here lies the problem that makes me somewhat more favorable towards the pro west-cult people than The Others.  The right try to make of western culture something that it was not, and some sort of sacred cow. The progressive left, and even worse the postmodern left (yeah yeah I know the word postmodern gets thrown about a lot, but I believe it applies), the SJWs of the world are in fact a much bigger threat. They do want to tear down all elements of western culture. Which is stupid. It is more than stupid, it is insane. Tearing down everything means there is nothing worth keeping. This is utterly ridiculous, as they were quite obviously the most successful nations, even when it comes to the stuff leftist claim to care about such as tolerance, secularism etc.  And being collectivists, they want to tear down individualism. This can only lead to disaster.

Why are these people so suicidal insane? It is hard to tell. Human nature one would suppose. They are so desperate to push their idiotic economic ideology, that they just don’t care what they destroy doing so. How someone may think this is a good idea is baffling. Fiat Socialism, pereat mundus, I suppose.   Red or dead. Communism or bust.

The moderate left is timidly fighting back, and more and more.  This is not just the YouTube sphere of the so called non-regressive left, but more of the mainstream. There is of course the vestige of the non-prog left, which does admit some value to western culture. These people are, of course, literally Nazis.