I have this ongoing conversation with the wife. She works for the federal government here in Canuckistan, and I’ve worked on a few government contracts over the years. I walk the delicate line of telling her that, while I respect what she does, there’s no reason that the government should do it. Which is not to say that it should not be done, just that it could be done through other means. 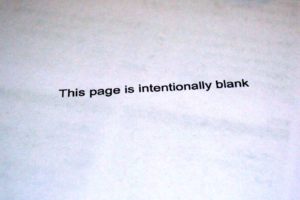 I’ve posited that you could cut the size of the federal government here by 60% and hardly anyone would notice. How would I do it? First, cut the 20% of programs that no one will miss. I’ve worked on some of these projects in the past. On one, I was working on a public-facing website to provide data ostensibly for “the public good”, at a cost of millions of dollars. One day, one of my colleagues got the idea to pull the website statistics to see how often and from where it was being accessed. Turns out, in the previous year, it had been accessed exactly twice from IP addresses outside of the department. Hardly anyone would miss that program.

Second, I’m sure that there’s 20% savings to be found by cutting bureaucratic overhead. When the wife tells me about her day, most of it relates to how she’s working against the bureaucracy to try to get her job done. In my small consulting business, I’ve increasingly moved away from doing federal government contracts – the overhead is just too much. It’s much cheaper and faster to find and perform work for private clients.

Third, I’d cut 20% of the people. If you look around your own workplace, you can identify a certain percentage of people who don’t pull their weight, or worse, contribute negatively. You know, the ones who are constantly at cross-purposes with the rest of the team, or the ones who spend all of their time commenting on Glibertarians.com, or the ones who just aren’t good at their jobs. I once led a team on which I didn’t have the authority to hire and fire (yeah, it sucked). I spent inordinate amounts of time trying to get contributions from non-performers. Then, one day, I just stopped. I ignored them. And, you know what? Our productivity went up. Strange, that. It happens everywhere, but the existence of public-sector unions exacerbates this situation.

I wouldn’t do it all at once. I’d do it gradually, say over 12 years. I think that doing it more gradually would lessen the degree to which people would notice it (which is, hardly at all).

National Defense: $595.3B (14.9%) – CUT to $584.6B
I opted to keep national defense spending, except for “Defense-related activities”, which sounds an awful lot like a slush fund for defense contractors. If you eliminate foreign interventions and limit spending to national defense, this number should be much lower. Since I’m not getting that fine-grained in this analysis, let’s leave it for now.

Income Security: $514.7B (12.9%) – CUT to $144.8B
Here, I’ve eliminated everything except federal employee retirement and disability. If you’ve already made those commitments to your employees, then you’ve got to keep them.

Net Interest: $240.7B (6.0%) – KEEP
You gotta pay the bank. Although there’s something to be said for the government skipping out on loan repayments and tanking their credit rating so that they can’t borrow any more. Picture your favorite congresscritter walking into a pawn shop or payday loans joint.

Veterans Benefits and Services: $174.5B (4.4%) – CUT to $167.2B (4.2%)
Here, I cut “Other veterans benefits and services”, because it sounds like more government cheese for contractors. In general, I think that you should look after military vets, to the extent that they can be injured during their service, but I’m sure that there’s more here to cut. For example, the largest slice of this category is $86.8B for “Income security for veterans”; most of the veterans I know are eminently employable.

Administration of Justice: $57.1B (1.4%) – CUT to $52.1B
This is one of the fundamental roles of government, although if you end the war on drugs, I’m sure you could cut a bunch here, too. I did cut $5.0B for “Criminal justice assistance”, which is described as transfers to state and local governments for something or other. 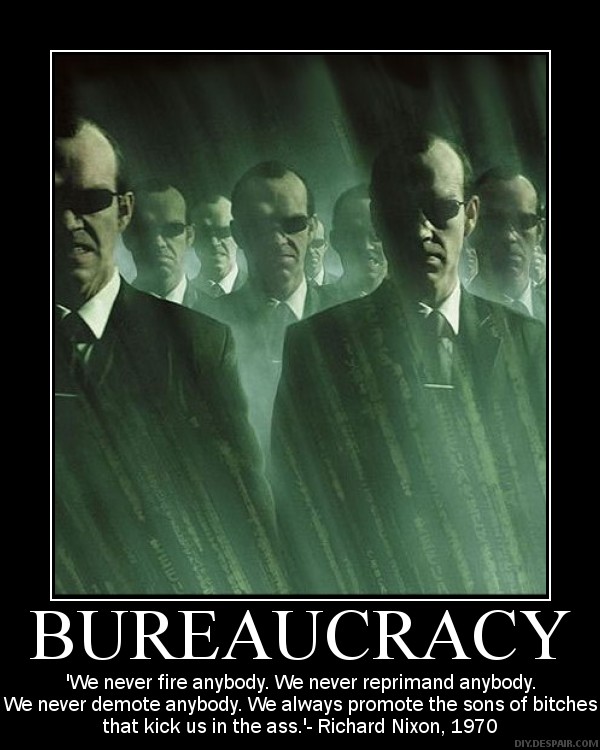 International Affairs: $45.3B (3.5%) – CUT to $13.9B
Here, I’ve cut out everything except “Conduct of foreign affairs”. The rest looks like cash that will end up in the pockets of the Mugabes of the world.

Natural Resources and Environment: $37.8B (1.0%) – CUT to $26.6B
Honestly, I don’t know what most of this actually is. Maybe it’s within the domain of government, and maybe not. But “Other natural resources” (slush fund) and “Recreational resources” sure aren’t.

So, let’s add everything up here. Let’s see … carry the 1 … Sweet Feathery Jesus, it’s worse than I thought. We’re down to $1.28 trillion, or to about 33% of the current budget. And, I’m fully aware that there’s still lots of waste in there.

Earlier, I stated that most people wouldn’t notice if you cut the government by that much. Sure, some of the things that I’ve cut here would be noticed by people, but this is analysis is really only about cutting program spending, not eliminating bureaucracy and ineffective people. You know what people would notice? More money in their pockets. You’re welcome! I’m sure your rebate checks are already in the mail.