On Cultural Marxism, Critical theory, postmodern philosophy and other such nonsense

To start with the disclaimer, I have read quite little of the considerable corpus of either the Frankfurt school – a many of whom were, in fact, neo-Marxists – or postmodern philosophy – quite a number of whom were, in fact, Marxists or neo-Marxists. What little I have read was, for me, rather uninteresting and kinda obscurantist, which I dislike, and overall not a good use of my time. Why am I writing about it? It is the internet, brethren. This is what it is for. Reading is for cucks; writing opinions on any and everything is for the modern Alpha male. So I am about to drop the definitive view on Cultural Marxism et al.

Now, cultural Marxism is en vogue these days among certain segments of the population, of the right wing persuasion. It is sort of like fascism for the left. The difference is that, beyond being buzzy and exaggerated, it is slightly more accurate, at least in my opinion. Most things that are literally Nazi are not Nazi much, if at all. But many things that are cultural Marxist can be somewhat described as such. As long as you define the term properly (and in these brave new worlds of ours, you get to define everything for yourself and thus never lose a debate) 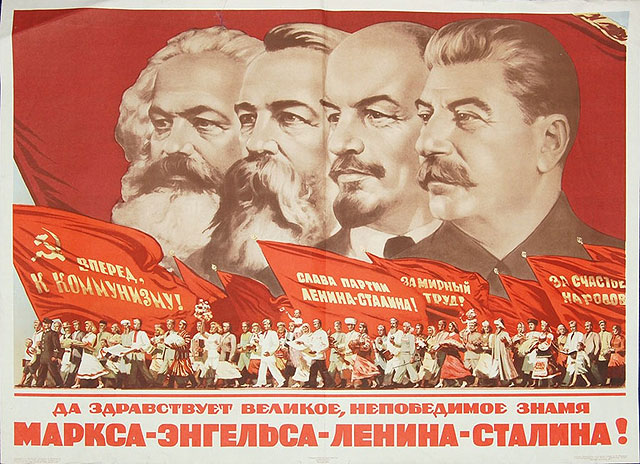 Not part of a series on Marxism

When I use a phrase like “Cultural Marxism, Critical theory and postmodern nonsense”, I use it knowing well enough that those are different concepts and that they don’t quite gel together. It is a way to describe some modern leftists’ views that take a bit from each place, usually the worst bit, and mix it up together.

These elements of the Modern Left are not really critical theory; it is not really postmodern philosophy. Current postmodern philosophy may not be postmodern philosophy, but, being obscurantist, no one can tell, really.  There is great debate what Derrida or Foucault or whomever really meant. This is not relevant that much, it is more how what they said is interpreted in the rpesent. On my Romanian lit papers in high school, no one cared what the poet really wanted to say with this or that metaphor, but what respectable literary critics thought they meant.

So what is cultural Marxism? It is used, yes, excessively, as a generic catch all term for “Everything I don’t like is cultural Marxist” by some on the right. But does the term have its uses? In serious debates, probably rather limited. But in less-than-serious ones, it can send across some information – people know, in a general way, what you mean when you say it.  But is there a rigorous, clear definition?

Wikipedia does not seem to have a page on it, except as a subsection of Frankfurt School saying:

“‘Cultural Marxism” in modern political parlance refers to a conspiracy theory which sees the Frankfurt School as part of an ongoing movement to take over and destroy Western society.

Now, I admitted as much that it is a catch all buzzy word. But conspiracy theory seems a bit strong to me.  I have seen many left wingers recently on the interwebz countering the term with “conspiracy theory”. Not to engage in conspiracy theory, it does seem a bit coordinated.

Wiki: “The term ‘cultural Marxism’ has an academic usage within cultural studies, where it refers to a form of anti-capitalist cultural critique which specifically targets those aspects of culture that are seen as profit driven and mass-produced under capitalism”

Continued: “it was misappropriated by paleoconservatives as part of an ongoing culture war in which it is argued that the very same theorists who were analyzing and objecting to the “massification” and mass control via commercialization of culture were in fact working in a conspiracy to control and stage their own attack on Western society,”

Ah, here we get to the key points. Was it misappropriated? In a way yes, but many words were, sadly, changed in meaning over time. But it was only partially misappropriated; it had a nugget of truth.

Not trying to attack Western society, no siree

I think it is quite obvious many elements of the left wanted to obtain social change. It is clear to me that a way of achieving this is through taking over educational and cultural institution. Just like elements of the right want the same thing. Where is the conspiracy theory? Most of the vast right wing and left wing conspiracies alike are quite in the open. We are having a sort of kind of war aren’t we, on the cultural front. It is clear the sides want different things and are willing to use this war to get them. So where is the conspiracy? Hell, even some classical Marxist use the term cultural Marxist in a derogatory fashion, because they believe it draws attention from class war to more meaningless struggles.

Wait Pie, Culture War is also an ill-defined buzzword. Never mind you that, that is not the point, focus here!

All activists want to change society in a way they see fit. That is why they are activists. Progressives quite more so then others, it is one of their defining characteristics. All people in the culture war want something different. It is ridiculous to suggest otherwise.

And anyone with half a brain can see the left are trying to shove their social justice views in popular culture, being books, movies, games, comics, etc. It is not conspiracy that in certain areas of education it is more likely to have a Marxist professor than a moderate conservative one. And to the right, this equates with a destruction of Western Civilization as they see it. No need to see conspiracies everywhere. If I believe socialism destroys society (and I do), then I believe people who push socialism aim to destroy society. Maybe they don’t believe they do, but that does not change things. And they do quite clearly state that western society must be radically changed, in way to make it almost unrecognizable. So… destroy and rebuild in a different fashion, but destroy nonetheless. The future of politics

I will come on record: I despise most of what the social justice left wants to achieve and would very much like to see it stopped. I outed myself as a supporter of conspiracy theories.

So basically Cultural Marxism, Critical theory and postmodern nonsense for me means the modern far left side of the culture war and the weapons used by them, attacking culture and education that does not conform, intersectionality and the oppression Olympics, attacking reason and reality when it does not go their way, calling math and science racist, sexist, ableist. Making everything white patriarchy. Can there be better definitions for this? Sure. I usually try to avoid these terms myself. But cultural Marxism can be good enough on Twitter – not that I am on Twitter, mind you. Helps some folks never forget these people support actual Marxism. The good ones do, others are Stalinists and Maoists.

So can you tell us more of postmodern philosophy? Carpenter in the sky, you people with all the questions. Ask HM or something, he’s the one blessed with the gift of book learning (I got the looks and sexual endowment part instead).

And on this note, how about you my fellow glibs? Do you like your Marxism of the cultural variety? Is your theory critical? Would you say you moved on beyond modernism? Thoughts below.

Okay, well, I'm just about well enough to start drinking my way through Friday afternoon, although there's a good chance…

Tennis going on down under and the top seeds are all still cruising. On the ice, the Bruins, Devils, Flyers,…