The Unbearable Whiteness of Being

This will be quite a bit less thorough than my last writing, primarily because of the subject matter.  The earlier piece was easier to come up with examples for, as it is so transparently obvious that the metric system is more overrated than any other system, with the possible exception of Urban Meyer’s spread.  [Note to editors, please remove that bit if Oklahoma gets crushed in the first round of the playoffs.  Likewise, if the Sooners take the whole thing before this gets published, feel free to add “Booya!” or “Oh no he di-in’t!” or similar.  Also, definitely include this clip. Editor’s note: I have no idea what happens in sportsball-world, so I left this in for the lulz].  At the end of this article I expect to receive an offer for a tenured position in Whiteness Studies.1

I hereby proclaim my theory of whiteness based on two indisputable facts:  first, that whiteness (as specified below) increases over time (at least until very recently) and second, that “mighty white of you” was a compliment.  Now when I am talking about whiteness, I mean that term as it applies to the United States (sorry Rufus).  I doubt I need to recap but maybe for Pie, there was a time when in America, the White Race was the English Race.  Even the Germans were considered non-white by Ben Franklin.  Ponder that for a moment.2  Even as late as the 20th century, “true whites” were also referred to as WASPs (anyone else find it odd how that term seems to have completely vanished?) or White Anglo-Saxon Protestants (remember how the KKK hated Catholics).  Now here is the thing:  “white ethnics” never went away.  Which leads me to my first point:

Whiteness is not an ethnicity; it is a meta-ethnicity.

I didn’t see this much growing up in Indian Territory, but when I moved to upstate New York, I entered a place were white ethnic enclaves are still a thing.  The local paper’s sports section has a story titled “Danes Defeat Dutchmen” and as God is my witness, I can tell people from those towns apart by sight.  Ditto those descended from Poles.  And the Irish, and the Eye-ties and…  There is enough endogamy going on up here that the various white ethnicities maintain their physical and cultural (expressed through styles of dress) differences that I never expected to see from my few decades living in the south-central part of the country.  There is no conflict between someone being “white” and being “Italian,” because they are separate categories of taxonomy. 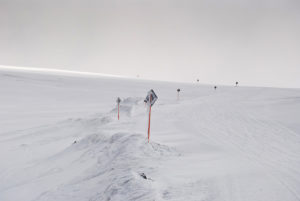 A helpful guide to tracking your white heritage

But what about me?  I am a white man[citation needed].  I don’t really have access to an actual ethnicity.  I’m all mutted up.  I have a German (maternal) grandmother (Northern German, she would stress, not one of those silly southern Germans), but all I really have of a heritage from her is a smattering of verbal imperatives and the ability to play this on the accordion.  (Side note:  none of the women in my family descending from that grandmother, including my sister and her daughters have pierced ears.  Proper German girls don’t piece their ears.  That’s for those Polish trollops.)  My father’s mother’s mother’s mother was of the (((tribe))).  That left me the ability to correctly pronounce “kibitz” and “chutzpah,” but the inability to remember more than half of the Sh’ma Yisrael at any given time.    One of my grandfathers managed to do a genealogy going back to the Norman invasion, but the other only made it back a few generations since most of them were actively trying to change their identities as they *ahem* sought greener (or at least less jail-filled) pastures.  Yeah, they pretty much fucked anything that would let them.  Oh, and in my only defense of Elizabeth Warren ever, I can confirm that every child born in Oklahoma is told that they are descended from a Cherokee princess.  Apparently they looooved the D.3

Anyway, if Albion’s Seed is correct, the Borderers (Scots-Irish, Border Reavers, “Scum of Two Nations,” whatever) brought their tendency to eschew any cultural identity with then when they settled in the US.  I’d guess this would be why there is a large portion of the country that has no real interest in an ethnicity and therefore are “white by default” as Ozy Franz would never say.

Now about this mutting process, is it the case where I do have a “real” ethnic identity, but I just don’t identify with it?  I… don’t think so.  My mother almost never made strudel.  I think she made spätzle once.  She did make pork meatballs in sauerkraut on a fairly regular basis and liked to cook pork ribs with onions and apples, but you couldn’t really call her cuisine “German” outside of some ironclad rules on meal preparation (each supper needed a starch, a meat, a yellow vegetable, a green vegetable, and a salad).  She cooked pots and pots of chili.  Mountains of meatballs with enough spaghetti to consume the entire harvest of Ticino.  Corned beef and cabbage.  Pinto beans and cornbread (did I mention she was born in Milwaukee?).  And those unfortunate culinary relics of the pre-Carter era which need not be spoken of.  The point is, my culinary “heritage” is a hodge-podge of things that tasted good to my mom that she learned to cook, just as my genetic heritage is a hodge-podge of those people my ancestors liked to bang.

So how is it that nowhere people like myself and also pureblood ethnics all fall under the rubric “white?”  Because…

Whiteness does not refer to your ethnicity; it refers to your relationship with other ethnicities

If your ethnic culture is in a state of mutual intelligibility (and I would say respect) with the dominant ethnic culture, you are white.  That’s it.  If the WASPs understood and tolerated the way another group lived, and that group reciprocated, they became less “other,” especially in comparison to TGOT.  This is not to say that this understanding is deep or even accurate.  It’s just enough that the other cultures are grokked as being comprehensible, even if not currently comprehended.  This is why whiteness expands.  Groups experiencing a cultural exchange (appropriation!) and especially those living close enough to intermarry will inevitably gain mutual understanding.  Unless, of course, you make an effort not to.

Any group that does not actively resist becoming white, will become white 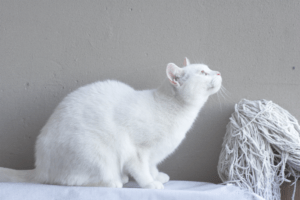 “I can has culture?”

There is a good example of a (((group))) that made an effort to keep itself separate and isolated from the larger society that it lived in, and it worked in maintaining otherness for a couple of millennia.  In the US, that’s rapidly changed.  I can’t speak for other parts of the country, but in Austin, people of Mexican descent are white.  So are Vietnamese, though the average gringo in Austin knows a lot fewer words of Vietnamese than they do Spanish.  I think this trend may be happening nationwide, as I’ve heard Jews and Asians referred to in the derpverse of reddit/twitter/tumblr as “Schrödinger’s POCs.”  About that term–POC, I absolutely loathe it.  It is as wrong as a term could possibly be.  It creates false connections where none exist and disregards those similarities that do.  Any mindset that can claim that my US-born and raised coworker of West Indian descent has less in common with me than he does with a subsistence yak farmer in Tibet is simply diseased.  It’s as insulting as telling a political lesbian that her sexuality is defined by her lack of desire for penis4.  I do understand why the term exists, though; it’s a deliberate attempt at destruction.  Everyone got their aluminum foil ready?  *takes a drink of water, inhales* Whiteness expands, since it’s just the ever-increasing understanding of one’s neighbors.  Capitalism expands because it works.  A certain worldview which has a penchant for red flags and brass ornaments equates both of these as hegemonic movements.   *Voice changes to O’Brien’s.*  Action needed to be taken to stop the cisheteropatriarchical  albumkyriarchcapitalistic5 forces.  Whiteness is a state of mutual understanding.  That needed to be broken.  So, break the culture.  Eliminate the canon.  Make sure that the only books that an entire generation has read is Harry Potter.  Make the educational system focus on literature that is recent, so there won’t be any intergenerational touchstones.  Ensure that the only common references available are from mass media, and ensure that you can determine what makes it into the mass media.  Emphasize differences.  Emphasize slights.  Emphasize hurts.  Let nothing pass unremarked, no aggression is too micro to not demand an apology for.  Make sure that apologies demand humiliation so that you may inspire resentment.  That’s the genius of POC.  Whiteness is a state of commonality.  POC is the definition of difference.  It’s an identity based on opposition to that idea of mutual understanding.   Prevent cultural exchange, make it a new sin, call it “appropriation.”  Abolish the word “normal.”  Everyone’s identity must be broken down to as many different axes of oppression as possible, for each axis is another attempt to demonstrate just how alien we are to each other, another potential fault line.  Eventually, the only thing that people should have in common is their subservience to the state.

I can has grant monies nao?

1 I do not actually expect this to happen.

2 “You know who else didn’t consider Germans white?” may be the first time where the game cannot actually be answered.

3 An alternate interpretation is that there is just a whoooole lot of inbreeding going on.

4 Do not actually attempt to do this.  It will not go well.