Last we saw, Catalonia had what I suspected would happen – a muddled, slightly pro-independence election result. 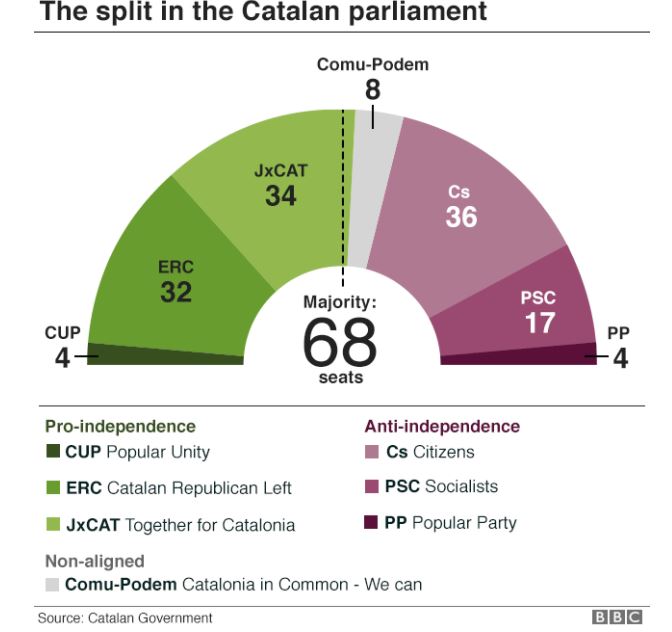 How do you say “Big Freakin’ mess” in Catalan?

So, what has been happening?

Well, near and dear to me – Switzerland has been dragged into the mess. One of the separatists from the Left, Anna Gabriel, logically skipped showing up to the Spanish Supreme Court to answer charges of being naughty and not wanting to be part of Spain. After wisely choosing to flee to Switzerland (look what happens when you stick around) she has indicated she will stay there. One of the more theatrical elements of this action by the Spanish Government…no extradition request was attached to their arrest warrant (Switzerland has mentioned they would probably not extradite anyways). And to remind you all how awesome Switzerland is….they have previously offered to mediate between Madrid and the separatists. OK,OK, that is enough Swiss strokin’. 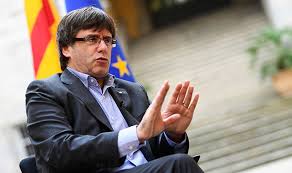 Carles Puigdemont, once (and future?) President of Catalonia’s regional government, is squawking from his exile in Belgium, that he should be running the show – but any kind of law to allow him to do so hasn’t been moved forward. So we are left with a dozen political leaders in exile or jail and Madrid issuing symbolic arrest warrants. Oh, and Madrid not being content with things being muddled, but peaceful, has decided to stick a big middle finger up to the Catalans, regarding one of the sorest points out there.

In my opinion, Madrid is caught on the horns of a dilemma – do they try to keep a sort of soft squashing of independence going (the arrest warrants – but no extradition requests, hovering around and waving Article 155 – direct rule by Madrid – of the constitution, and diplomatically pressuring other nations to not recognize Catalan independence) or do they clench a fist and swing – disbanding the regional government again, pushing Spanish language and national feeling, and actively trying to round up leaders of the independence movement.

At least it is still jaw-jaw (mostly, pay no mind to the jailed and exiled) and not war-war. But sooner or later, one side is going to fish or cut bait. Right now, I’d say it is likely Madrid will be the first to push hard. We will see, one way or the other.

[caption id="attachment_21024" align="aligncenter" width="500"] Dubbed "the Worst Tabloid"[/caption]   OK, time to have another themed links...but not in subject matter.…

Quick, cheap, high quality- pick two. In this case it's quick and free, the latter of which offends my Hebraic…