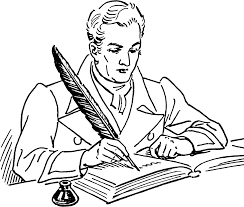 “Dear direct, lineal descendant of the impenitent thief on the Cross, that happens to represent me in Congress…”

After the Parkland school shooting, I decided to write my elected officials. This is out of character for me because A) I hate elected officials and B) I’m not that great of a writer. My arguments or points are not conveyed clearly. What I wrote was meant to suggest there is perhaps a better, or at least different way of educating children that doesn’t leave them as easy targets. I don’t think I conveyed that point, but I also wanted to avoid rambling. Anyway, I received 2 responses, one from a Republican and one from a Democrat. I also come across a little bit like Judge Napolitano, whom I enjoyed reading most of the time, but some of his articles got a little redundant at times. Here is what I wrote:

“The recent school shooting has brought out the calls for action. The arguments are the same on both sides, “ban assault rifles” on one and “protect my rights” on the other. Which one is correct? Do we ban assault rifles and guns altogether? Do we repeal the second amendment? Who will enforce the law? Will there be a massive policing and forced confiscation? One only needs to look at history to see that will not go well and would likely be the end of America.

What if there was something we could do that did not infringe on the rights of law abiding citizens, but at the same time protected our children from gun violence in schools? Would we do it? Would we at least entertain the idea?

A school is made up of children from a wide range of backgrounds. Some children are smarter than others, some struggle with certain subjects, some are gay, some are athletic, some are of a different religion, some would rather be doing other things. This diversity is great in any society, but as humans we tend to mock something we view as different. We do this as children and adults. I’m not a psychologist so I don’t know why we do it, I just know it happens. The aforementioned types of children just want to be accepted like everyone else, and when they are not they are made to feel inferior in some way. This may be the cause of emotional issues that lead to these tragedies.

So what if there was a school for your smart child, or gay child, or disinterested child (this was me) where they can be around others like them or get specific help in an area of interest? What about a school for children that have an interest in and accel at science, art, dance, sports, music? Would that not lead to a more confident child to be surrounded by others like him or her sharing similar interests and activities in an environment of encouragement?

Now here comes the most outrageous part – what if these schools were not run by the government but were private schools that the parents could pick and choose to send their kids to? Private schools are too expensive one may offer as a counter argument. I would then counter “What if they weren’t?” How much money does it take to educate a child, $1000 a month? What if it was $500? That’s getting in the car payment range. $250 A month? Less? How can this be done? The good news is it is already being done. It is called the Free Market. As consumers we pick and choose where we spend our money, so why not apply that same concept to education? Parents are already asking for vouchers and a choice in schools, this would open up that possibility to every parent. Educators would then meet this demand with a supply of education, and competition would bring prices down to a balance of cost versus product, or value. We see this in everything else we buy, so why not apply that same concept to education and treat it as a service provided by businesses? Should we at least entertain the idea that there may be a better way?”

“Thank you for sharing your thoughts on the devastating attack on students and faculty at Marjory Stoneman Douglas High School in Parkland, Florida. These are terrible events for our nation and we must find appropriate ways to respond.

On the afternoon of February 14, 2018, former student Nikolas Cruz opened fire on students and faculty at Marjory Stoneman Douglas High School, killing 17 people. Students should be safe at school and those with mental illness should have their needs met. Here are 3 things we should do to help prevent these kinds of attacks:

– We need to enforce the laws we already have on the books. The means making sure U.S. Attorneys and state and local law enforcement officials have the resources they need to keep guns out of the hands of people are not supposed to be able to buy or possess a gun.

– We need to make existing background checks more effective. This is why I’ve cosponsored Senator Cornyn and Senator Murphy’s legislation – the Fix NICS Act – which helps ensure that federal agencies and states get information about individuals who should be prohibited from buying a gun into the national background check system.

– Finally, we must continue to help the large number of Americans suffering from mental illness.

Last Congress, we passed two new laws to help do that. The Every Student Succeeds Act (ESSA) provides federal dollars to states and school districts to help meet the needs of students with mental health disorders. Along with ESSA Congress passed the 21st Century Cures Act which makes it easier for those suffering from mental illness to get the care they need and encourages early intervention and the use of the most up to date and evidence-based treatments.

People with good mental health are not causing these incidents, so if we can find ways to diagnose and treat people with mental health issues, that will be an actual solution to the problem. I’m grateful you’ve shared your reactions with me and will keep them in mind as we move forward.”

“Thank you for contacting me about gun control.

Mass shootings happen in America far too frequently. Yet Congress has refused to do anything to reduce gun violence, even ideas Americans overwhelmingly support.

House Republican leadership has not allowed a single vote on any gun legislation, even Republican bills, that would reduce gun violence. Democrats even organized a sit-in last Congress to try and force a vote on gun legislation. In fact, Republicans are trying to loosen gun laws. They rolled back Obama-era regulations that limited gun ownership for people with mental health issues. The House also voted to make it easier for veterans who have serious mental health conditions like PTSD and schizophrenia to own a gun and allow people from out-of-state to come into Tennessee with concealed weapons, even if these outsiders have had no training or background checks.

I am a gun owner and have my concealed-carry permit. But almost all the gun enthusiasts I know think that Congress can take sensible steps to try to reduce gun violence.

Thanks again for reaching out to me.”

Clearly neither of them read what I wrote, and I probably ended up on a list, but I avoided profanity and insults. 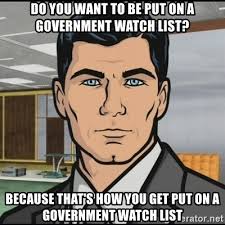