Last time I introduced you to Hiragana, Katakana and Kanji, but today I’m going to be solely looking at Kanji. Kanji are the Chinese characters stolen by Japan and NBA players that have bizarre neck tattoos. I’m not going to give the full explanation of each Kanji in the headline, but I will explain the basic meaning and by the time I’m done, you’re going to want to lock the asshole up in a cage yourself. 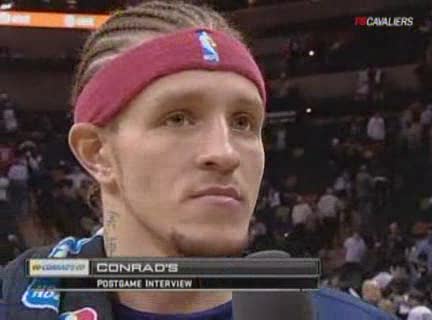 This is pronounced “shougai” and means “obstacle”. It also is used to indicate that someone has a disability of some sort as in 視覚障害 or “shikaku shougai” which means “visually impaired”. The Japanese have also fallen victim to PC language and have tried to steer away from judgmental terms when describing people with disabilities, but for some reason “obstacle” person hasn’t been changed.

の is from Hiragana and is pronounced “no”. It’s the possessive “s” in Japanese, if you remember from the first lesson. 長 is the Kanji for “long” or “boss” and is pronounced “chou” when used in combination with another Kanji. 男 is a Kanji that you will see often. It is read as “otoko” and means “man”. Any guess what “long man” means? Nope, not that. It means “oldest son”. 障害の長男 means “the oldest son (who has) a disability”. It wasn’t clear from the article what type of disability is was, but usually it would indicate some kind of serious mental disability.

檻 is pronounced “ori” and means cage and or prison. Maybe you’re starting to figure out what is happening. に２０年 is read as “ni nijyu-nen”. 年 means “year”. に is Hiragana and usually means something like “at”, “in” or “for”. So far we got a mentally disabled, oldest son that was locked in a cage for twenty years.

“Kankin” is how the first two Kanji are read and means “confinement”. “Yougi” is how the last two Kanji are read and mean “suspicion”. Someone is under suspicion of illegal confinement of a human being. As a side note, 禁 means “prohibited” and you shouldn’t enter a door with it plastered on it. I remember back to my single days and a gal jotted 禁 on a napkin when I tried to hit on her at a bar. Rejection is a good way to learn and I appreciated her subtle rejection rather than getting slapped.

Here’s where the story gets infuriating. You may have guessed that “oldest son” meant that it was one of the parents that confined to poor kid in the cage for twenty years. Good for you because you’d have been right. 父 is “chi chi” and means “father”. 親, or “oya”, means parent in this case. The last two Kanji are read as “taiho” and that combo means “arrested”.

Disabled Son Kept in Cage for 20 Years. On Suspicion of (Illegal) Confinement, Father is Arrested.

The whole is story is heart breaking. The mother died in January and the father, 73 at the time, called social services for help with the son. Evidently, he didn’t know what he was doing to the kid was wrong. He bathed the kid every other day and had a heater and fan set up inside the one meter high, two meter wide cage. Bathroom breaks included! What a dad. Only the introduction of the state could make this story any worse. When the old man called and asked for help, a social worker came and saw what was happening. Instead of removing the poor kid on the spot, the government worker set up another visit. At the second visit, the worker explained that they would be coming by three days later to take the kid into their custody. Any normal human being would have gotten that kid out immediately upon seeing how he was living.

*Link to story in the Yomiuri Newspaper*

Glibertarians After Dark: My New Fetish

Mondays are for chumps. The part about doing the Mexican news though, is finding out in comparison, Monday isn't so…