Parsing Proposals for Fun and Freedom

Let’s look at a personal life example: Chip walks up to Jose and says “Jose old chum, I have had a thought, I would enjoy your company at a Venezuelan feminist cooperative vineyard’s, artisanal, non-GMO, gluten free, fair trade wine tasting this Saturday, would you like to come?” (Chip is WokeAF™) 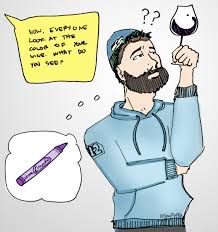 Jose, can you see?

What is Jose to do?

First Jose parses the words.  This happens rapidly, but does involve a surprising amount of cognition.

I have had a thought,

I would enjoy your company at a

(I am not really fond of Chip, and suspect he is only asking me because he thinks he gets WokeAF™ points because my skin is darker than his, so my inclination is to say no, but maybe the event will be enjoyable)

Here in the cognitive process Jose skips ahead past the adjectives to the underlying event, he will return to the adjectives, but they can’t fulfill their descriptive purpose without an object.

(My Mother in law is visiting this weekend, so maybe this is a good plan)

Now Jose gets around to the adjectives.

(I am Honduran by birth, came to the US to work hard and improve my lot and therefore have neither a sentimental attachment to Venezuela, nor a desire to ‘virtue signal’ by supporting a communist dictatorship)

Dissonance begins as Jose struggles to understand the relevance of this adjectival phrase to a subject that seems unrelated to sexual politics, or the ownership structure of the vineyard.

Dissonance increases for another reason.

(Yeah, kind of guessed we weren’t going to be tasting factory wine.  Is that even a thing?)

As mentioned previously, Jose likes wine, and is aware that oenoculture has involved hybridizing, genetic selection and other methods of modifying the basic grape for more millennia than humanity has been writing things down.

(Ok so if the wine is fortified with spirits they aren’t wheat or barley based I guess?)

As Jose is not mentally retarded, nor does he huff his own farts, these words float past him and have no impact on the decision; they are semantically null.

Jose has now understood the proposal:  He is invited to spend Saturday with Chip, who is extremely annoying.  There will be wine which Jose enjoys, stupidity, which Jose does not enjoy, pretension which may provide amusement, and finally, escape from a day of listening to his Mother in law.  He weighs the pros and cons and reaches a decision:

“Sure Chip, sounds great, what time?”

Jose’s Mother-in-Law enjoys giving her daughter advice about how to improve Jose.  She does this loudly and in Jose’s presence.  Jose would likely have agreed to attend a Nazi Mime performance rather than stay home this Saturday.  He has heard a proposal, thoroughly understood it, evaluated the obvious effects, considered alternatives, and reached a rational decision.  Reason has triumphed and liberty has produced a minuscule increase in happiness!

Now let’s look at how this works in Politics:

A Grassroots Movement (the good kind with talking points and paid protesters courtesy of The Open Society Foundation, not the bad kind made up of lots of deplorable who come together because they are wrong about an issue) proposes a new law banning Assault Rifles.   Their stated reason for this law is that Assault Rifles are used to commit mass killings, and we need to do something to stop the killing of schoolchildren.

For the purposes of this essay let’s not spend time on the question of what Assault Rifle means.  Pretend it is actually a thing, because while the definition is not available now, and will no doubt end up making no sense from a functional standpoint, the proponents will come up with some set of characteristics for their ban.  We will also use a simplified, made up proposal rather than the text of any actual bill because otherwise no one except lawyers will read any further.  And not even the lawyers will understand everything that is included.  Instead let’s try to understand and evaluate the really scary, dangerous thing in this proposal; no, not the rifles, they are not nearly as scary as A NEW LAW!

To understand the proposal obviously means to understand what the proposed law does.  The proponents have stated that their goal is to stop the mass killing of schoolchildren.  That is a goal every human, with the possible exception of Peter Singer, agrees is worthy.  Does the law actually do this?  What does this law do?  Well to answer that we have to consider what any law does, and how it does it.

Historically the law was divided into two parts. The Criminal Law, which acted by inflicting punishment on those who were guilty, and the Civil Law, which acted as rules by which to judge private disputes, determine liability and assess some form of redress.  Modern legislators, following the lead of Academic Lawyers[1] , dispensed with the formal division into separate codes, and as a result (probably the point of the change) have blurred the distinction between guilt and liability.  With the proposal here we are dealing with the Criminal Law.

The Criminal Law acts by imposing a punishment for some act.  In the case of a proposed new law there are only two possible ways it can have any effect.  It can provide a penalty for some behavior that was previously innocent, or it can alter (increase, decrease, change in kind, or eliminate) the penalty for some behavior that was already criminal.  So what does our hypothetical proposed law do?

Per the text made up for this essay:

It bans the ownership of AssaultRifles™ and provides jail terms of up to 5 years and fines of up to $50,000 per violation.

Per the stated goal:

Let’s look at what falls in each of these categories:

5 years is a significant penalty, on a par with existing penalties for the most serious robberies and assaults,  and it is quite possible that the threat of an extra 5 years might deter a robber, or some thug from using Assault Rifles, but it probably won’t prevent them from committing the underlying crime.  A quick perusal of the record shows that Assault Rifles are seldom used in these crimes. Probably because Assault Rifles  are expensive, and frankly awkward to carry around.  So most likely the few criminals affected will simply do what the vast majority already do and use a different gun, or a knife.

What about killers? The stated goal of the law seems to imply that it should affect killers.  Murder carries penalties ranging from 10 years on up to the death penalty.  It is possible, that an increase of 5 years might have some effect on those killers who might expect to be sentenced at the low end of the range.  15 years is more than 10 and maybe our hypothetical killer will think  “I’ll do 10 years to kill that #@$%^&, but I ain’t doing 15!”

Of course the legally defining characteristic of killers who might expect to be sentenced at the low end is THAT THEY DID NOT PREMEDITATE THE KILLING!   So… not going to affect killers at all then?

And we finally work our way around to people who shoot up schools.  Mass shooters don’t get sentenced to 10 years.  If they survive the shooting itself, they get life without parole or the death penalty.  Adding another charge to the indictment cannot possibly deter school shooters.  Even the proponents of these laws understand this, they just gloss over the fact that illegal does not mean non-existent.  This is apparently a hard distinction to grasp.

What is the difference between illegal (which is what a ban makes something) and non-existent (which only reality can make something)?  Consider an example that has a certain relevance to a discussion of a law that prohibits possession of an object.  Heroin is illegal; and despite being illegal, demonized in every form of communication, subjected to decades of massive law enforcement effort, having billions spent to eliminate it, and incidentally being highly poisonous, every city has neighborhoods full of people who use it daily.  Unicorns are non-existent and thus, despite being the epitome of adorableness, good in every way, beautiful, magical symbols of wonder and purity, there are none.

So what is the result of our careful examination of what is actually being proposed?  It appears to be a proposal to make millions of law abiding citizens into criminals and to do absolutely nothing to stop mass killings.  By their fruits shall ye know them.  Gun bans of any sort are targeted at law abiding gun owners.  They have minimal effect on criminals and, in fact, even that minimal effect decreases as the seriousness of the crime increases.  They simply cannot prevent mass killings. 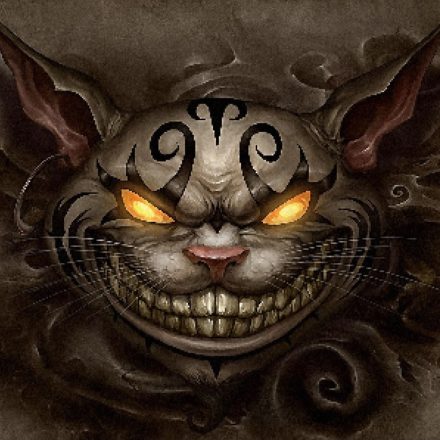