On Political Extremes (And What to Do About Them) 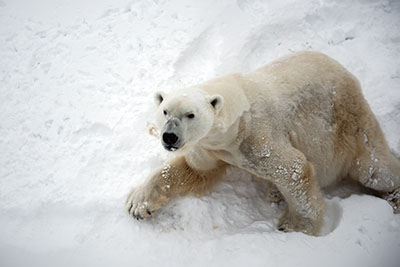 It seems the word of the last two years, if not the last decade, is “polarizing.” The media runs countless stories about how polarized the country has become, with each segment of the media casting political opponents as the cause of the polarization. I do not deny that some people in our society espouse extreme or outrageous viewpoints; such is a known risk when freedom of speech and freedom of conscience make up the framework of our governing philosophy. But despite a few oddballs and whack jobs, I think we find that most people, whether conservative or progressive, hold beliefs that are not irrational. The polarization, then, comes from opponents misrepresenting the other side’s views to their own bases. So rather than finding common ground to have a dialogue we are left with hysterical screaming in defense of or against some view or another. This is my attempt to cut through some of the screaming to help each side understand the other a little better in three specific areas: immigration, education, and wealth/poverty gap.

I read a story like this about MS-13 attracting girls to their ranks–and yes, it’s Salvadorans and not Mexicans–and the very real truth is that there are violently-minded people illegally immigrating to the United States. To deny that is naïvete at best and utter mendacity at worst. Some of these girls are driven to MS-13 or affiliated gangs because of some past trauma, but only a dyed-in-the-wool progressive would argue that assimilation to American culture radicalized them.

Still, not every immigrant that comes to this country illegally is ready to behead someone or stab a man 153 times with fellow gang members watching and laughing. In fact, many come here in spite of the danger that illegal entry presents because the opportunities continue to be far better than what they can achieve in their countries of origin. Even the risk of deportation and a lifetime ban from re-entering the United States (which means leaving other family and even offspring behind) does not deter many who just want to provide for themselves and their families. A new documentary series on Netflix called Ugly Delicious, produced by renowned chef David Chang, explores this very issue in its second episode on tacos.

In a similar vein, but on the topic of education instead of immigration, my wife and I were discussing some of the students in her class last week. She seems to have quite a few bad apples this year, but one girl in particular stands out. This girl failed sixth grade last year and was actually held back to repeat the sixth grade again (shocking in Chicago Public Schools!), and is now in danger of failing again. My wife says the girl’s mom has to work 2-3 jobs and crazy hours just to provide for her daughter, and the mother was in tears about what to do since she can’t be home to watch the girl do her homework every night. The girl attends a magnet school but chooses to hang out after school with kids that go to the much worse neighborhood school. Basically, the girl is a textbook case of total apathy toward education (and life in general), even with a mother who wants her to become something more.

Many people believe education is so important that it should be provided for free to students at taxpayer expense. And I agree that education is vitally important. But progressives who demand public subsidizing of education deny the existence of students like the one in my wife’s classroom. When my wife has to focus more attention on this girl and other students who are not interested in learning, it holds back the potential of many others in the class. The “Education is a Right!” crowd would have us believe that every student has an innate desire to learn and the only thing preventing them from doing so is a lack of money or profit-seeking charter schools. (In fact, the latter may actually address the needs of apathetic students more by giving them a school to be proud of. See The Ron Clark Academy, for example.)

I think the other side, however, plays up the apathy or entitlement a bit too much. There are plenty of students who grow up in homes where education is not valued, but with the right teacher or educational environment they could thrive. Unfortunately, our system rewards teachers based on tenure and not on merit, creating a structure that chews up and spits out young and inspiring teachers who can reinvigorate apathetic students with a passion for education. Meanwhile, thousands, tens of thousands, or even hundreds of thousands of jaded teachers clock in at 7:30 and clock out at 2:30 just so they can collect a paycheck and employee benefits that are funded by the taxpayer, and care little for the time and attention it takes to nurture a student’s desire for learning.

With public education, most families are at a complete loss when assigning value to their kids’ education because they do not have any direct costs. On the other hand, they know how much their groceries cost; they can see how expensive refueling the car is. They even know, for the most part, how expensive a new car or cell phone is (although there are a lot of hidden fees in those contracts that can ensnare the unsuspecting buyer). But when it comes to education, people have accepted the belief that education is “free,” and therefore they assign no value to it. It’s just something one has to do, going through the motions from K-12 and beyond because society tells us its important.

A final example of the polarizing extremes that people ascribe to their opponents comes from personal finances. One side believes that all wealth is inherited and every millionaire only got where he or she is by stepping on others. Dave Ramsey, on his national radio show, disproves this theory regularly with a segment he calls “The Millionaire Theme Hour.” He asks millionaires–those whose net worth is over one million dollars–to call in and asks a series of questions about how they obtained their wealth. Only a tiny fraction of callers received any inheritance, and for those who did it was a paltry sum from a family member who died well after they were already self-made millionaires. By and large, the secret to success is, wait for it… spending less than you make!

The other side, however, categorizes the poor and downtrodden as lazy, dumb, or victims of divine judgment. There is a common perception that because most successful people have pulled themselves up by their bootstraps, anyone who is struggling must not be working hard enough. Although free markets and laissez faire government offer the best economic opportunity for people to rise from nothing to something, reality intrudes on that idealistic worldview in that some people just get bad breaks. Whether they are immigrants whose options are limited because of their legal status, or they come from a family of under-educated individuals, or they just have unplanned expenses continue to assault their monthly income, life has plenty of people who can’t get ahead.

Ultimately, the solution to all of these situations–immigration, education, poverty–lies not in either of the extremes, but in looking past the collective and at the individual. A system that cares more about enabling hungry, driven, and dedicated individuals to thrive will prosper far more than one that seeks only to sustain a lower class in poverty. If we focus on providing incentives to make good decisions rather than making decisions for others, we will prosper. This means that some people will continue to make bad decisions, and we have to be okay with that. We–as individuals–can show them grace; we can show them compassion and mercy; we can even show them charity and generosity. But if we–as a society–continue to enable people to coast instead of strive to succeed, everyone suffers. 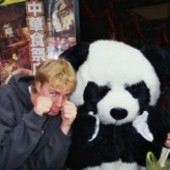 Chicago attorney that would happily find another way to contribute to the marketplace should there be so few laws that my services are no longer needed. Until then, I fight for freedom and justice and the American Way™.