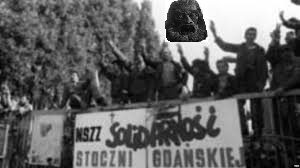 ZARDOZ SPEAKS TO YOU, HIS CHOSEN ONES. WORK HAS STARTED TO WEAR ON ZARDOZ…DELIVER GRAIN TO THE VORTEX, DELIVER GRAIN FROM THE CO-OP TO ADM, DELIVER GUNS TO THE BRUTAL EXTERMINATORS. WORK, WORK, WORK. BUT ZARDOZ HAS NOT FORGOTTEN HIS CHOSEN ONES! FOR ZARDOZ HAS LIFTED YOU FROM BRUTALITY, TO SNARK AT THE BRUTALS WHO ARE LEGION. SO ZARDOZ FIGURES THE LEAST HE CAN DO IS DROP A FEW LINKS FOR THE CHOSEN ONES TO SNARK OVER. ZARDOZ WOULD STAY AND BANTER WITH THE CHOSEN ONES, BUT MUST INSTEAD HAUL CORN TO SOME MISBEGOTTEN PLACE….DECATUR, ILLINOIS. ZARDOZ WOULD SHOUT OUT TO THE CHOSEN ONE, “GORDILOCKS” FOR HIS TRANSPORT WISDOM, PREVIOUSLY SHARED ON THIS SITE.

NOT QUITE SO EFFICIENT TRANSPORT

BUT THE CHOSEN ONES HAVE NOT COME TO HEAR ZARDOZ SPEAK OF GRAIN HAULING…THEY HAVE COME FOR LINKS. THEREFOR, GO FORTH AND SNARK!

HOW MANY YEARS OF RENT CONTROL? 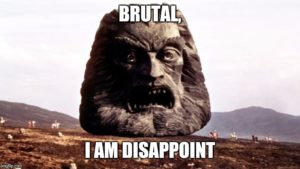 ZARDOZ IS TALKING TO YOU, KING SULTAN MUHAMMAD V!