Monday Afternoon Links – The World, The Flesh and The Devil

OAKLAND, CALIFORNIA—“STIGMA KILLS,” “MY BODY, NOT YOUR CHOICE,” “SEX WORK ≠ TRAFFICKING”—those were just a few of the signs pumped in the air as over 300 sex workers and allies gathered Saturday in downtown Oakland for International Whores Day, a global celebration of sex workers’ rights. This long-standing annual event was injected with renewed intensity this year thanks to outrage over FOSTA, the country’s new “anti-trafficking” law. Several marchers with years of activist experience said the turnout was unprecedented for a sex worker rally. 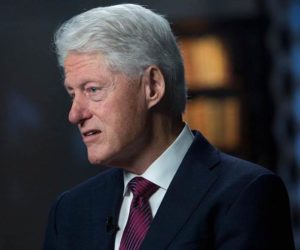 Zoom in for an intimate exploration of his sores.

President Bill Clinton on Monica Lewinsky, #MeToo and whether his apology was enough

While some Democratic leaders, including Sen. Kirsten Gillibrand of New York, have suggested that Clinton should have resigned at the time, the former president defended his decision to instead fight impeachment charges. He said he wouldn’t have changed his approach, in light of #MeToo.

“Well, I don’t think it would be an issue. Because people would be using the facts instead of the imagined facts. If the facts were the same today, I wouldn’t,” he said.

Clinton said his critics are now pouncing on that affair because of their frustration with President Trump, who has been accused by numerous women of inappropriate sexual behavior, all of which Trump has denied.

“A lot of the facts have been conveniently omitted to make the story work, I think partly because they were frustrated that they got all these serious allegations against the current occupant of the Oval Office. And his voters don’t seem to care,” Clinton said. “I think I did the right thing. I defended the Constitution.”

The only good thing about Billy-Jeff being in the news so much is watching his scrofulous march to the grave. And wondering if Hillary took the cure for every dose of syphilis he gave Her–I mean, the physical and mental decline from tertiary syphilis would explain the last couple of years, right?

The First Time I Saw Lesbian Sex Was Black Swan. Now I’m Out, and a Little Horrified by It.

When I was a sophomore in high school, I went to see Darren Aronofsky’s Black Swan with my best friend. It was the first time I ever saw a lesbian sex scene, and it’s fair to say it had a profound effect on me. I came out as gay a year later.

Black Swan was one of the first films I’d ever seen where female pleasure was depicted whatsoever—and the first movie I saw that took lesbianism seriously. At least I thought it did. Eight years later, I’ve realized that the romance that helped me understand my own lesbianism is not just deeply unromantic, it’s also founded on homophobic tropes. Watch more in the video.

Now, I understand that you won’t watch the video, so I’ll tell you the highlight: When the narrator talks about coming out as a lesbian she flashes a before and after photo of herself. 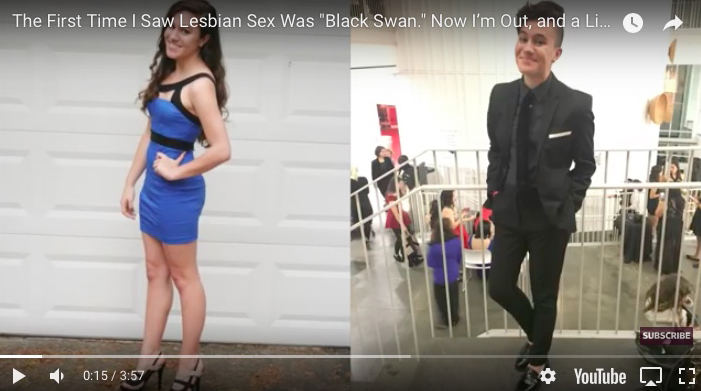 Apparently, coming out as a lesbian isn’t about admitting a same-sex attraction to women, but rather getting the cast of Les Eye For The Straight Girl to turn you into a stylish Mexican twink.

This video is from Slate’s unintentional hilarious series Pre-Woke Watching, a running struggle session with the guilt of enjoying TV and movies before you were taught that they were double-plus ungood wrongthink.

Apparently, even Slate is sort of embarrassed about it since they don’t seem to have a handy link the series as a whole. Look to the bottom of the article above to find past episodes.