Ultrarunning: A fucked up sport for fucked up people

This article is a quickly written, poorly thought out, biased introduction to the hobby.

Technically, an ultramarathon is any foot race longer than 26.2 miles.  Typical ultra distances are 50k (31 miles), 50 miles, 100k and 100 miles.  Marathons are, more often than not, done on roads, and conversely ultras are more often done on trails.

People run for many different reasons. Ultrarunners tend to run because they like how they feel as they are running. Some people get into ultrarunning through more traditional running (e.g. track and field or cross country); others come into it through hiking (sometimes through through-hiking).

Did I mention that ultrarunning isn’t really running? The nomenclature can be confusing. Someone who has finished an ultramarathon may casually say, “I just ran [name of ultramarathon] ” when in reality that finisher spent a good portion of the time walking or hiking. I guess the boastful may be deliberately choosing a misleading word to make the accomplishment sound bigger, but ultrarunners use the same word when talking to other ultrarunners who know full well how much walking might be involved (depending on the “runner,” the course, and the conditions).

You don’t have to be Albert Einstein to do the math and figure that someone who completes a 100 mile “run” in 29 hours is not running all that time. In fact, some people do complete ultramarathons without running at all. More typical is the mid-packers strategy of hiking the uphills, and running the flats and gentle downhills, and standing still or even sitting when eating or using the bathroom. Yes, there are exceptions even to those rules testified by little wiggly lines in the sand.

Consequentially, “running” an ultramarathon can be easier (potentially *much* easier) than running a marathon. It’s a great sport for slackers. In the middle of a “race” you can just drop your dummy and stop for whatever reason. Lots of ultra race reports include pictures that were taken by the participants during the race. You can do this when “running” a marathon (and people do), but there is often a different mindset involved.

When someone runs a marathon for the first time, it is not uncommon for that race to be that runner’s first time running that long. Typical training plans for beginning marathon runners have the training go up to 20 miles, with race day being the only time that runner does the full distance. As such, people tend to underestimate how long it’s going to take. In addition to not being aware of just how quickly they may fall apart in the best of circumstances, there’s just enough new stuff going on that virgin marathoners tend to make a lot of mistakes (going out too fast is super typical), yet they cross the finish line and are overwhelmed by emotion when finishing their first marathon.

Anywhere from seconds to weeks after finishing, the disparity between the prediction and reality becomes unsettling, but when thinking about all the mistakes that were made, the next step people often take is to sign up for their second marathon, eliminate the mistakes and see a dramatic decrease in finishing time. However, just as the nascent marathoner didn’t realize how quickly things can fall apart on one’s first marathon, it’s as easy to over extrapolate the gains that one makes between one’s first and second marathon, leading to disappointment on the third.

Some people then fall into a trap and get a bit neurotic about their marathon finishing times. They put in big blocks of time training for an event and then if anything goes wrong (weather, family emergencies, work) they feel let down. They’re no longer running for the fun of running (if they ever did that; there are a lot of people who run their first marathon for reasons other than a love of running).

Marathon courses are typically measured to be exactly 26.2 miles long, because if they’re shorter they can’t be used to qualify for the Boston Marathon and if they’re longer then all the people who are trying to set new personal records (PRs) are going to avoid them.

Ultras, especially trail ultras, tend to be different. Often the distance of the course is an approximation; the “natural” starting and stopping points, due to where the trails are, might cause a 50 miler to be 53 miles. Whereas the presence of hills on a marathon course (unless it’s a downhill course) tend to turn away marathoners, elevation change on ultras is often seen as a way to change gears (i.e., walk!) or as a challenge. Additionally, weather (and fires) cause course re-routes, so not only is it hard to compare two different ultras of ostensibly the same size, it’s often hard to compare the same ultra from year to year. That helps break the PR-driven mindset.

Click here to view the entire video on Vimeo

Did I mention the free drugs? Many people get the runners high when running long but not particularly hard (after years of training, so their muscles, joints and ligaments are all used to the effort). Just watch the portion of this video that has the black and white photos.

Sure, some people bucket-list a particular distance or a particular race. Sometimes that turns into a one-and-done, but many people find that the slower pace, along with the camaraderie and feeling of freedom leads to a fun hobby that can be enjoyed for hours (sometimes days) at a time and done again fairly soon thereafter. This isn’t always obvious from the race reports and videos that people write and make, because it’s human nature to emphasize the grueling aspects or the problems that had to be overcome.

Click here to view the entire video on Vimeo

However, although ultramarathoning is still pretty tiny, it’s growing by leaps and bounds, primarily because it really is pretty fun (to some people) and it’s definitely a lot easier than it sounds. 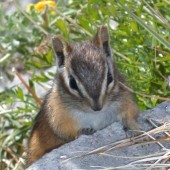 Rifles for the West Bolt guns kind of own the outdoor rifle scene west of the Mississippi.  Here in Colorado…

Week 4 - Satiety Every GlibFit 2.0 is, in-part, about ALaTW.  That’s because he is writing them and he can…