Hope y’all have the day off.  I’ve got plenty of work to do but will hopefully get a chance to relax as well. Like Colombia does now, right?  Their hack-a-shaq strategy almost paid off with a late goal, but England prevailed in PKs.  Thank goodness, too. They might have killed somebody in the next match, should their violent play continue to progress. Also moving on are the Swedes, who dispatched the Swiss in a pretty boring game. Quarterfinals start Friday, so enjoy Wimbledon or baseball until then. Speaking of tennis, Venus and Serena are both playing today. Sharapova was bounced yesterday and the womens draw is completely up for grabs now.

In baseball, Boston stayed red hot and whipped Washington, The Yankees beat Atlanta, Tampa beat Miami, Seattle beat the California Angels and the Houston Astros continued their domination over the Rangers with a 5-3 win. 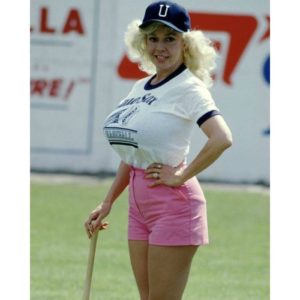 Its also the day the colonists told England to fuck off. And the day the first US Tariff Act was signed by George Washington, the first city bus went into service in London, Whitman’s “Leaves Of Grass” was published, the Tuskeegee Institute was established by Booket T Washington, Radio Free Europe made its first broadcast, LBJ (in one of the only decent things he ever did) signed the Freedom Of Information Act into law, “American Top 40” with Casey Kasem debuted, Kobe Bryant was arrested in Eagle, Colorado, and Nolan Ryan got his 3000th strikeout.

OK, its a holiday so I better get rolling. Please enjoy…the links! 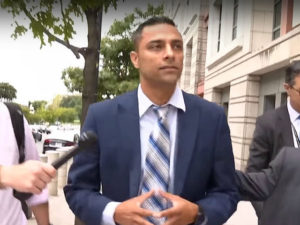 Its good to be the king! Or even the guy who did the kings IT with his family, stole a bunch of stuff, absconded it to Pakistan and whose prosecution would have led to much embarrassment for a lot of high level Dem Party operatives/congressmen.  Its also good for you when the idiot who hired you has a brother working at the prosecutor’s office write op-eds in major newspapers as the entire investigation is going on that say its all a big nothing burger, in gross violation of departmental policy. But like I said: its good to be the king. 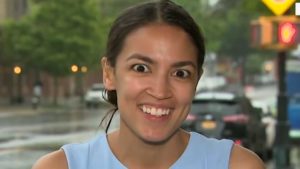 Crazy socialist: what’s not to trust?

The head of the DNC makes clear that they’re now effectively a socialist party. Its a bold strategy, Cotton. Let’s see if it pays off. You know, I’m sure it will be just as effective after being attacked by Donald Trump as it was in a primary with <2% turnout of just her own party in one of the most progressive enclaves in the country. 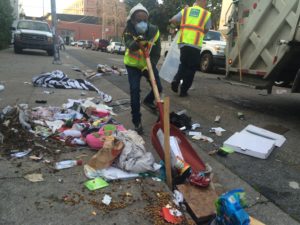 And this is the nice part of town!

San Francisco is circling the drain. Actually, they’re not circling the drain because its clogged with human waste, used needles and other shit the hobos leave all over the place.  But it is turning into an interesting case study on terrible politics mixed with zero personal responsibility.

And across the bay in Oakland, the city said its likely that a property owner and city inspector “colluded” to have people evicted…from the commercial property they were not allowed to live in. So the city had the eviction notice rescinded. Then a few months later, the Ghost Ship fire burned everybody to death. ::smdh::

Looks like Amy Coney Barrett is at the top of Trump’s Supreme Court candidate list.  Sounds good to me.  But the left are losing their absolute shit.  Which also sounds good to me.

One Masshole cop pleads guilty to fraud. Three more are yet to face their charges. And no word on sentencing yet.  The other three are collecting their retirement already, so it’ll be interesting to see how that part of the equation plays out as well.

If any of you are planning on taking your mother to a nursing home: Please take note of this. And be careful.

Wow, that’s one tough, old sonofabitch. I can only imagine how that must have felt.

Here is a birthday boy song.