Lessons from a Ghost Forest, aka: Finding Beauty Among Death

I recently returned from the Undisclosed Location at the Rio Grande National Forest in the San Juan Mountains of Southwestern Colorado. Beginning in approximately 2002, a spruce beetle (Dendroctonus rufipennis) epidemic has been spreading across this region, peaking in 2014 but still going on to this day. For those not familiar, the primary pests of slow-growing mountain conifers are bark beetles; spruce, fir and pine all have closely related species of this pest that will attack. About the size of a pencil lead, these little buggers are naturally occurring in all mixed conifer forests at varying background levels. They survive by boring into tree bark where they then lay their eggs. The larva hatch and grow within the tree, typically taking two years before reaching maturity and going out on their own to a new tree. 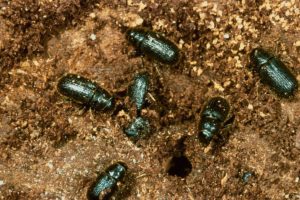 As the larva mature, they burrow around within the tree creating a “gallery”. The larva, along with the adult beetles, disrupt the flow of xylem and phloem in the tree. The trees do have natural defenses against the beetles and a tree that is attacked does not always die. The tree will usually push sap through the gallery to try and push out enough of the invaders so that their activity is not fatal. However, every so often, conditions become favorable for a population explosion of the pests. They’ll multiply like crazy, finding abundant resources and will go on a mass killing spree until they run out of food. Before you know it, you have a ghost forest. 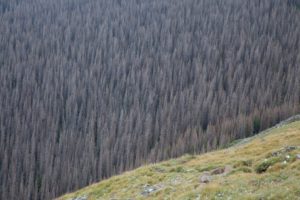 For the past 20ish years, the mean temperature in the Southern Rockies has been about 2F higher than historic averages. This gets environuts’ panties in a twist even though mean temperature is meaningless when it comes to the beetles, except indirectly in how it relates to drought (don’t worry, this is not going to turn into a rant against “climate change”, though warm winters are part of the issue). One of the negative feedbacks against beetle epidemics is transient extremely low temperatures. If the temperature drops to -40F for a continuous 24-hour period, the beetles will die and the invasion will end. Temperatures that low are not unusual in the Rockies, but it is unusual for it to stay that low for that long. The other factors important to an outbreak are drought and overall tree health. Drought is also not uncommon in this part of the country; in fact it’s been part and parcel of life in the American Mountain West since long before the alphabet soup networks even existed, let alone took notice of it in service to their agenda. More precipitation provides more resources for the trees to defend themselves.

None of that matters though if the forest is overcrowded, creating a high median tree age and fierce competition for resources. All of that increases tree stress and makes them much more susceptible to attack. Decades and decades of fire suppression and forest mismanagement in the West has created extreme overcrowding in many of the forests. Forest fires also get environuts’ panties in a twist, but they, in their hubris and stupidity, fail to understand that small fires thin out and renew forests. By suppressing fire completely (which has been policy for 100 years) the forest gets beyond crowded, making a catastrophic fire that completely sterilizes the landscape much more likely. If you keep suppressing so that even such a catastrophic fire doesn’t happen, the beetles move in; which leads me to the first lesson of the ghost forest.

Humans’ relationship with Nature has changed significantly since the Industrial Revolution. In a primarily agricultural society, people view Nature with fearful awe; it is either a life-giving force that helps your crops grow and provides for you, or it is a cruel puppeteer starving and torturing you. As humans have become more urbanized and less connected to this dichotomy, they have begun to view Nature through rose-colored glasses and idealize it as a long-suffering Mother ruined by the sinfulness of human existence (see also: watermelon cult of Gaia). In our hubris, we began thinking we could save Nature from our nefarious influence and started meddling. Admittedly, some of this has resulted in positive outcomes and we have cleaner air and water as a result. But most of the time, when we try to manipulate Nature, even with noble and pure motives, we just fuck things up worse once Nature reasserts itself.

When looking at the ghost forest around the Undisclosed Location, I’m filled with sadness at the destruction, but I also laugh at Nature smacking down our forestry “experts” for trying to circumvent its will. The trees must die off; whether that be through fire or through disease, Nature will find a way no matter how much we try to fuck with it. Which segues to lesson two.

Nature is Right and We’re Wrong

The miraculous thing about this process is that, not only is it necessary, it’s healthy. To us, forests are immovable, unchanging monoliths. Especially in coniferous forests, the trees grow so slowly and live so long that in our limited view, we think that they will continue in their present form perpetually. Therefore, again in our hubris, we believe that preserving that form at all costs is the right thing to do and that we are actually helping Nature. We’re wrong. The forest is a living organism just as much as a human city. There are cycles of birth, death and rebirth happening all the time, even if it’s on a timescale too long for an individual human to appreciate. Pioneer species move in, thrive, die off and make way for new species over hundreds of years. After all, trees, just like us, don’t live forever, but we like to think they do. Understanding that something so huge, ancient and apparently implacable as a 500-year-old, 150-foot-tall Engelmann spruce is mortal brings our own fleeting mortality into stark relief. Protecting the forest really means protecting ourselves from the inevitability of Death.

The beauty of this system, however, is that the beetles only attack trees over a certain trunk diameter, leaving the babies (“only” 30 or 40 years old) unharmed. Unhobbled by competition for resources from their elders, and with new, abundant access to sunlight, the babies have explosive new growth; up to a foot per year in some cases (insanely fast for high altitude conifers). Furthermore, the aforementioned abundant sunlight activates dormant underground complexes of aspen (which can’t grow without it) to start sending up shoots. Aspen is the weed of the tree world and will grow like a plague if given the chance. Soon (only 10 or 20 years) the forest will be filled with aspen and the baby spruce will slow down again (but not die). If you were able to peer down to the forest floor of the picture above, you’d see an explosion of life restarting the endless struggle of existence. Which leads me to the final lesson from the ghost forest.

The Two Most Important Survival Qualities are Resilience and Determination

The forest itself is incredibly resilient. It bounces back amazingly quickly from a beetle Holocaust, fire or even human-caused catastrophes like clear-cutting. But I speak now not of the overall resilience and health of the forest as amazing as it is, but of individual trees. Walking through the ghost forest, very occasionally, maybe 1 in 500 trees, you’ll see a tall, noble, ancient tree that stood its ground and survived the onslaught. You’ll see the sawdust from the beetles at the base and the holes made as they emerged. You’ll see the “pitch out” where the tree tried to flush out the invaders with sap. Somehow, while all its peers were succumbing to the epidemic, it stood tall and survived. How? Why? Was it pure luck? Probably. But I like to think that somewhere deep down in its non-sentient existence, it just wouldn’t give up. Its determination to survive and resilience in the aftermath mean it stands alone and earns the privilege of life. Even if that’s overly romantic anthropomorphizing, I still think it’s a very valuable lesson.

All susceptible trees around the Undisclosed Location died in 2010. The beetles have moved on and will continue moving on until they run out of food and eventually they too die. In the intervening years, it has been amazing to watch the forest begin the long process of regeneration. Already in places that just five years ago were bare, aspen are six feet tall. The ghosts of the past still haunt the forest, and will likely continue to stand for another decade or two before falling down and returning their life essence to the ground from which they sprang. Someday, in a couple hundred years, the baby spruce that survived this plague will have grown beyond the aspen, blocking out the sun and thirstily drinking up all the resources. The aspen will then die or go dormant in the ground, waiting for the next unspeakable massacre; just as we, along with who knows how many subsequent generations, will be dead. And so it goes. 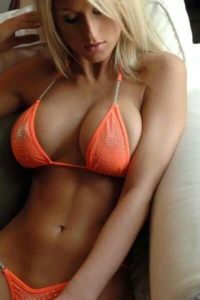 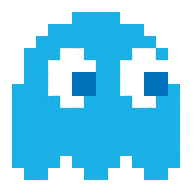 [caption id="attachment_27415" align="alignleft" width="300"] Artist's rendition of BrettL hopped up on Bathsaltz and Florida sunshine[/caption] Hey guys, it's Thursday and…

Literally no sports yesterday. Although bring on this side of the Atlantic means we've got some early rounds in at…