Unseen Effects of the War on Drugs

I have argued for a long time that the War on Drugs is the most destructive domestic policy since slavery. When you look at the inordinate rates of incarceration, it is best viewed as a direct continuation of Jim Crow laws and their impact on minority subjugation.

While we all see the damage of the Drug War and the consequences inflicted on all involved, there are invisible and pernicious side effects that mostly go unnoticed. During my time in my hostel in Vietnam, I experienced something firsthand that often goes under the radar. The foreseeable consequences shoved down your throat.

The guy at the front desk at my place offered me some weed. After a long day in the heat showing my mother around Hanoi, I was more than happy to purchase. I get into my room, had several drinks and smoked a large joint in the bathroom.

I proceeded to chill, read and listen to music. And then the disturbance began.

My private room is at the end of the hall. I hear a man and a woman, both in their early 20s by the sound of it, start to argue. It sounded like the man had gotten her down from the rooftop bar to begin his tirade.

He is yelling at her. Something about her needing to “open [her] eyes” about something. It seemed very obvious that he was railing into her about how she could be so blind to not see how her boyfriend/significant other was cheating on her. I could be wrong about that, but that’s the gist that I got.

I heard violent sounds. He wasn’t hitting her, but was banging doors and hollow metal, probably an air-conditioner unit. He was violently punching his own hand as punctuation. I could hear when she spoke but not what she said.

I could only hear her sniffling and weeping.

I was very concerned. I got on the floor and listened through the crack below the door. I got a cup to put to my ear to hear, though of no real advancement in my acoustic surveillance. The beratement continued.

Amidst many slammed doors and stops-and-starts, a lull blanketed the hallway. I paused in introspection. My brain wants me to intervene. I’ve gotten one beating in my life and that was in Germany preventing a girl from being raped. Three men took turns kicking me in the face until I was unconscious. I was broken, but I’m very proud of that moment. I didn’t know if I’d have to do such a thing again.

It began again. But this time it was another voice doing the shouting. I gathered that it was the boyfriend who had been called out. More door slamming. More punching of metal. More violent fists in palms.

I decided to do something. I have two titanium hips and there’s a big concrete staircase. I can’t get directly involved, I figured. But maybe my appearance and a wary eye would keep people on their better behavior. I get dressed and put my shoes on.

As I went to open the door, a sickening wave fell over me. I smelled my room. I evaluated myself. I am half-drunk, very stoned, and my room reeks like Paul McCartney’s in 1966. I took my hand off the knob.

I thought about calling the lobby for help. But even then I realized that I would be a person-of-interest, and I certainly didn’t want to get in drug trouble in Commie Vietnam while on vacation with my mother.

I was disgusted with myself. I kept listening and monitoring the situation. But I didn’t dare step outside my enclave and approach a confrontation where it sounded like imminent violence was about to ensue.

I was too terrified to try to help this poor girl who was surrounded by at least two–drunk–large men who were doing everything that they could to intimidate her. Or possibly worse.

This is just one of the evil, unseen effects of the Drug War. See Something; Say Something, they preach. But how many crimes go unreported because the witness is afraid to talk to the authorities or to testify because of some bullshit drug charge is hanging over them? I wasn’t being threatened by some thug or a criminal syndicate. I felt threatened by what the government could do to me and how they could ruin my life. All because of a plant.

There isn’t much of a difference between the government and the Mafia. Punishment is punishment, regardless of who your jury is.

I am sickened by how I responded to these external forces. But I do know why I acted the way that I did. It doesn’t make me feel better. Rather the opposite.

People are handicapped by these immoral laws. They don’t report things that they know are wrong because they are trained to be fearful of the imminent reprisal. Is my getting beaten and sent to jail for smoking weed worth a girl getting thrashed around a bit?

It’s a deeply disturbing calculus that goes through your head when you attempt to rationalize your decision to do nothing.

A law on the books actively prevented me from helping a person in a very violent confrontation. That is the effect of these laws. I can only gather that this is how they want me to feel.

And any attempt to do any good is struck down with the violent gavel of the God of Government.

That’s the problem. Good people afraid to do good things. Because the punishment that might follow isn’t worth the gamble. 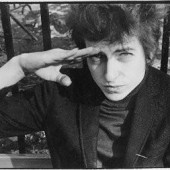