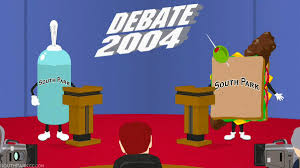 Recently I got into an interesting OT discussion here at Glibs regarding voting. The subject in question was, as best I can capture it, what is the best demographic criteria for voting to assure libertarian outcomes? This is a subject that could easily turn into a treatise which I am neither qualified or inclined to write (I’m lazy). Instead I’d rather quote some other people and allow you fine people to weigh in and/or get on with your OT links.

“Voting is a method for a group, such as, a meeting or an electorate to make a collective decision or express an opinion, usually following discussions, debates or election campaigns. Democracies elect holders of high office by voting. Residents of a place represented by an elected official are called “constituents”, and those constituents who cast a ballot for their chosen candidate are called “voters”. There are different systems for collecting votes.”

If you accept the proposed definition one must concede that voting by its very nature is a collectivist pursuit. Lysander Spooner, as most of you well know, makes a pretty solid argument that voting is bullshit.

“The ostensible supporters of the Constitution, like the ostensible supporters of most other governments, are made up of three classes, viz.: 1. Knaves, a numerous and active class, who see in
the government an instrument which they can use for their own aggrandizement or wealth. 2. Dupes – a large class, no doubt – each of whom, because he is allowed one voice out of millions in deciding what he may do with his own person and his own property, and because he is permitted to have the same voice in robbing, enslaving, and murdering others, that others have in robbing, enslaving, and murdering himself, is stupid enough to imagine that he is a “free man,” a “sovereign”; that this is “a free government”; “a government of equal rights,” “the best government on earth,”2 and such like absurdities. 3. A class who have some appreciation of the evils of government, but either do not see how to get rid of them, or do not choose to so far sacrifice their private interests as to give themselves seriously and earnestly to the work of making a change.”

I am reasonably confident that I (and probably the lion’s share of you fine people) fall into the third category. I’d love to do the work of “making a change” but lack the imagination to put forward a better system and cannot in good faith promote an alternative that is much more than wild speculation.

So, for lack of a better system than a constitutional republic, I believe we for the foreseeable future stuck with electing slimy sociopaths to ostensibly represent our interests in the body politic. Most, I dare say, if not all of us agree with Alexander de tocqueville’s prophetic observation:

“The American Republic will endure until the day Congress discovers that it can bribe the public with the public’s money.”

We see this play out year after year, election after election. I’ll go out on another limb and dare suppose that many of us agree that the appeal of “free shit” will be popular in any race and among all demographics. That being said if Bernie and She Guevera of have shown us anything it’s that young people and recent immigrants are, at least at present, very susceptible to the politics envy and the appeal of hand-outs. Eager to capitalize on this phenomena, the political left seems to be eager to expand voting rights to non-citizens and 16 year olds. I’ll again speculate that if they got their way it would only be a few years until they were making appeals that it is a great injustice non-resident/non-citizens and 14 year- olds are being denied their right to vote. The question I’d like to have answered is; is there a just rationale for limiting voting to certain demographics? Many of our founding fathers favored restricting the vote to not only property owners but specifically white property owners. While my intent is not to disparage our founding fathers one doesn’t have to think very hard as to why this criteria is ‘problematic,’ if I may borrow a common phrase from our left-leaning friends. Setting aside the racial overtones it still was a less than perfect protection against the appeal of legal plunder. In the discussion Suthenboy astutely pointed out:

“With that rule the wealthier property owners jack up taxes to price everyone out of ownership, then buy up everything. As I said, around the last turn of the century only timber companies, railroads and insurance companies would have been able to vote. It is a disaster.”

So we see that limiting voting rights to property owners has it’s own pitfalls. Heroic Mulatto proposed:

“The pre-frontal cortex doesn’t finish development until around 32 years of age. If we define adulthood as the completion of maturation, then it should start at 30 (to give it a nice round number). Likewise, voting and other adult rights and responsibilities should be delayed until then. I am serious.”

While upping the age limit for voters would appear to have it’s merits, I think it would also have it’s unintended consequences. What of young property owners and their interests? What gives a middle-aged failure more right to a ballot box that a young and successful entrepreneur? If the issue of social security has shown us anything it is that the old are not immune to voting themselves plunder from the public treasury either.

I have no proposed solutions and this article has already run on longer than I intended and touched on more freshmen-level civics topics than I meant to. I earnestly look forward to the lesson I’m about to receive from the Glibertariat. 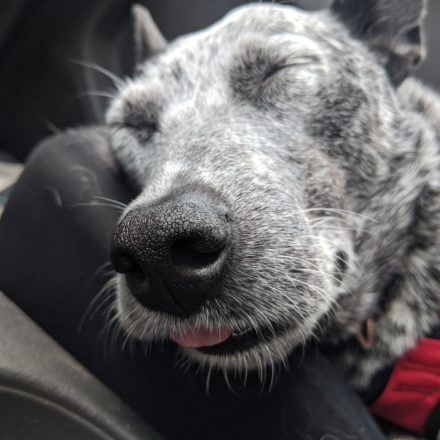 The Eagles won the NFL season opener in a snoozer. Serena and Osaka head to the US Open finals, Tiger…

Brett fell victim to the old practical joke of Krazy Glue on the toilet seat, so I've been pressed into…