Occasionally, it’s good to see where we stand in regards to our political infighting in the good ol’ US of A turning into armed conflict. 13 months ago, I wrote an update that highlighted some of the dynamics that may spark Civil War II. Looking back, I mostly stand by what I said at the time, but some of the dynamics have cooled off since then. Specifically, I wrote:

Overall, I’m still pessimistic on the chances of widespread fighting. I think the worst we will possibly see is an LA riots type situation. However, as shown in Charlottesville, all it takes is one body for the self-righteous leftist media to climb on top and start agitating. Like a high-stakes game of “Press Your Luck,” both sides keep smacking the button, hoping to hit the political jackpot, ignorant of the lurking Whammy.

I still believe that to be true. I’m of the belief that the Left can only muster a LA riot as their maximum amount of agitation. They simply don’t have the fortitude nor the logistical ability to take the fight to the Right. The Right is, and for the foreseeable future will be, the key to any true armed conflict. The Right has the equipment, the tactical advantage, and the fortitude to wage war on the Left if ever pushed to do so. The Left has the motivation, but no ability. The Right has the ability, but no motivation.

Except for the fact that conservative media is continuing to find its own voice by stoking outrage, driving a wedge between themselves and the leftist mainstream media, the Right has nothing to complain about. They have the reins of the federal government, as well as most state governments. They’re winning the charter school battle, and the traditional media is self-destructing. If things keep going the way they are, the leftist hegemony in the universal institutions of society will be broken within our lifetimes.

In my opinion, there are only four ways that a civil war breaks out: 1) There is a significant federal gun control act put in place; 2) the Left grows a pair of balls and takes the fight into the suburbs; 3) Trump is impeached and removed from office in a blatantly corrupt proceeding; or 4) Your average middle-class working man or woman has a substantial chance of losing their livelihood to SJW bullshit. Frankly, 1) and 2) seem highly unlikely.

However, let’s take a trip into the Derplight Zone yet again, and see what’s gonna kick off Civil War II: Antifa Boogaloo. 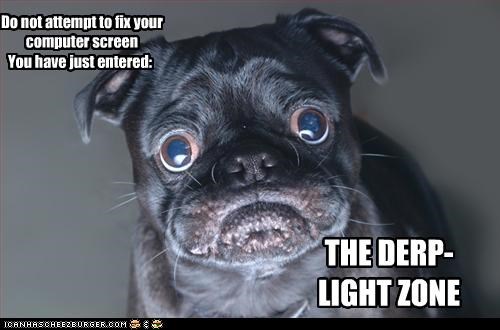 Isn’t that the Outer Limits?

Let’s imagine a world where this prog-leftist corporate circle jerk intensifies for a few more months. Dicks and Nike and Levi were the precursors, but now we’re seeing major companies daily announce their intentions to fund gun control groups and SJW shakedown groups, and every time a shitlord sneezes in front of an oppressed class, it’s a national case. The constant drumbeat of this shit starts to take a toll not on the A-listers, or even on journeyman race car drivers and local sports announcers. Now it’s senior regional managers and executive editors and anybody with any modicum of power in the workplace either getting #metoo’d or N-worded or pronouned into trouble with HR, no matter the veracity of the allegations. The incentives are there, ruin the life of your shitlord boss, and you’re not only a hero, but the perfect candidate to replace them.

My wife is already concerned about such things. She wants me to do the Mike Pence thing and completely refuse to meet 1:1 with women. Unfortunately, I can’t do that 100% of the time, but I do it as often as possible. I’ve even talked with a couple of coworkers who are concerned about the same thing. They’re not comfortable being 1:1 with women because all it takes is one unprincipled woman with an axe to grind or a path up the corporate ladder, and you’re radioactive.

Anyway, in a world where outrage firings go from one every few weeks to multiple per day across various industries, the primary mechanism for avoiding armed conflict begins to erode. The biggest thing that keeps the US from melting apart in a fiery battle is that most average, everyday people have more to lose by fighting than they have to gain by being rid of their political opponents. When one’s livelihood is legitimately targeted, such incentives flip, and armed conflict is inevitable. Once a critical mass of people feel substantially threatened, they will retaliate violently.

Another relief valve in American culture is slowly being eroded. The Internet, for all of the gasoline it dumped on the political and social fires burning in our culture, also gave a platform for people who agree with one another but not with the mainstream media to commiserate, vent, and discuss current events without feeling smothered by the MSM’s blatant agenda. Now that the push has started for deplatforming, the relief valve is gumming up. Folks on the right are running out of patience when it comes to abridging the 1st and 2nd amendments, and if there is a substantial leftist push to deplatform most conservative, alt-right, and libertarian voices on major social media, it’s like holding a flamethrower to a gas can. God forbid they start trying to get the DNS servicers and site hosting companies involved… overstepping into complete censorship on the Internet will end violently. The Alex Joneses of the world may get completely silenced before the right wakes up from its slumber, but if a mainstream conservative/republican were to be deplatformed or completely silenced, I think more than a few right wingers would see the writing on the wall regarding the 1st amendment.

I think that the left is moving fairly slowly and methodically right now. They know they can bide their time until the midterms, and that after the election, they can go full nutzo on Trump and the alt-right for another year and a half before they need to cool off to look semi-sane for the 2020 election. However, I think there is a narrow path to a very bad place. I think that it starts with a legit blue wave, giving the Democrats a majority in the House and a neutral split of the Senate, if not a slight majority. From there, “all is right” in the world again except for Trump, who would quickly be brought up on charges for an impeachment hearing. The inevitable vitriol from a Trump impeachment, possibly leading to isolated violence would be all the impetus a prog-leftist Congress would need to regulate social media and begin deplatforming the right en masse. Also, once that “racist, sexist, bigot” is out of the way, the easiest virtue signal in the world is to dump a ton of money into a bureaucratic leviathan for helping colleges and companies deal with the #metoo crisis through strict enforcement and a liability shield for companies who shoot first and ask questions later. Maybe toss on a recession as the cherry on top? Repealing the tax cuts and passing a medicare expansion would probably trigger a recession.

The right would very quickly go from having a ton to lose, to having nearly nothing to lose, and I think violence would be inevitable in such a situation. How likely is it that all of this falls into place? Infinitesimal. However, it is the one clear path I see to organized violence.