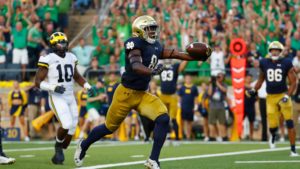 This game was over in the first quarter

Monday college football always feels weird. Obviously FSU felt like the game was at the wrong time. They’d have preferred a Saturday…in 2013. Jeez, they were hopeless on offense last night, as they fell to VA Tech at home.  Other big winners of the weekend were: Bama, Clemson, THE Ohio State University, Georgia, Nicholls State, Auburn and just about everybody else who played with the exception of That Team Up North, who lost their 17th consecutive road game to a ranked opponent (dates back to 2006) and have now officially gone an entire year without a touchdown reception by a Wide Receiver.  Shit, I bet Georgia Tech and Army have at least one in that span. It also caused the (probably alcohol-fueled) meltdown of one of their own...and many laughs in Buckeyeland.

In tennis, Federer got bounced last night as Joker-Man won. Serena bounced Venus in what seems like an eternity ago and has now moved to the quarterfinals with many of the top seeds having been taken out already. I expect her to win it all now. And Bryson DeChambeau won the second FedEx Cup tourney in a row to put a bit of a stranglehold on the chase for the $10m prize and all but assure himself of a Ryder Cup spot.

Elsewhere, Some of those red-hot divisional/playoff races in baseball are cooling off. As you can see here, half of the races are locked down. And the AL teams are just playing for postseason position. There’s still some action in the AL West and the NL divisions could tighten up (obviously the west is already a dogfight). I’d like to see that. 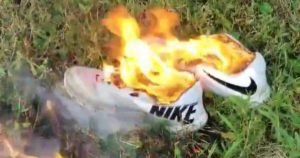 Expect to see a lot more of this

Nike makes the unemployed Colin Kaepernick the face of its 30th Anniversary campaign. The slogan says “Believe In Something. Even if it means sacrificing everything.”  A lot of people are tweeting about it. Pat Tillman was unavailable for comment. 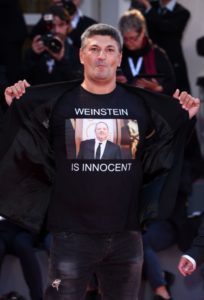 A man prepares for his interview to head NBC

NBC are starting to fess up to the coverup of the Weinstein story. I wonder how long they can hold up as a credible news source when their hypocrisy in this matter is so obvious.

Brett Kavanaugh’s confirmation hearing starts today.  Expect a lot of very pointed and specific questions. And expect a lot of noncommittal answers, which is standard practice in these settings but will be presented as evasion by the people who hate the process now that the other team is in charge.

Trump makes what I consider to be his dumbest comment since his swearing-in. You cannot tell your AG he is carrying out politically-motivated prosecutions. Especially when they’re pretty blatant (alleged) transgressions. Stupid comment. Dumb. The worst comment.

No wonder China are pulling away from us in education. They’re keeping their kids more engaged with exciting new teaching techniques. I, for one, would like to see this employed in the Houston area on a political program. 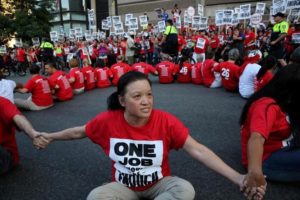 Get out of the fucking road, assholes!

Hotel workers break laws and aren’t arrested in Boston.  I wonder how much longer these types of protests will continue before someone plows through it because they are trying to get to the hospital or something. And police will be partially responsible for not doing their damn jobs.

Hey dumbass, don’t leave your car running when you pick up a hooker and leave her in it. I’m curious how he’s gonna fare when the grand jury is done with this.

I had a couple decent choices from the 80s and 90s, but I went a little further back today.

Go out there and start the (short) week off well, my friends.