Self-Study or: How I Learned to Stop Worrying and Love Knowledge 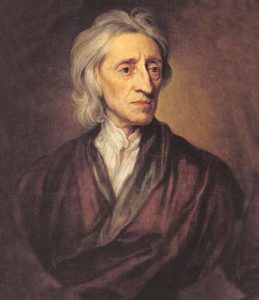 “Education begins the gentleman, but reading, good company, and reflection must finish him.”
–John Locke–

To start off, I wish to thank Suthenboy and Trshmnstr in particular for inspiring me to write this after I read their pieces on rights, Natural Rights, and Natural Laws. Now for the meat of this piece.

After my trip to the United States last month (Florida Glibs Represent!), I came back to my residence in Japan with fresh thoughts on the conditions of my fellow Americans, a few souvenirs for the office, and an old kindle from my father packed with tomes on political philosophy and the fundamentals of capitalism (such works included were The Law, The Road to Serfdom, Free To Choose, etc.). This, along with the pieces I’ve read on this website (I cannot thank the Founders enough for giving liberty-lovers like myself a home) and recommendations by fellow users here, were the inspirations for getting me back into reading for my own entertainment and knowledge. My long academic career killed most if not all of my passion for private reading and studying for quite a number of years. 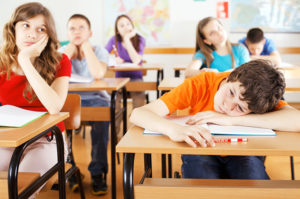 Lecture #1000 on how FDR Saved America with Socialism

When it came to education (by education I mean the system and the curriculum), my teachers were able to convey the basic information, but they unfortunately left a lot of important details out. For example, my colleagues and I were taught about what the Bill of Rights or the Declaration of Independence were as well as the U.S. government’s structure in our Civics and American History classes, but we were never taught WHY? What made America, what made our Founding Fathers develop and implement this revolutionary system? When it came to learning contemporary or inspirational political theories, we were only taught of Jean-Jacques Rousseau, John Locke vs. Thomas Hobbes (we were only taught the titles of their works, not exactly the content or comparisons of their works such as Two Treatises of Government and Leviathan respectively), and there were only passing references to the “Father of Capitalism” Adam Smith and Common Sense’s Thomas Paine. Also an honorable mention in class was The Federalist Papers however brief the mention was.

Regrettably, I had no idea about the significance and dare I say it, nature, of natural rights and natural law until just this last year or two! I also didn’t know about Cicero or Charles-Louis de Secondant aka Montesquieu. To those who may not know, Cicero was one of the earliest proponents of the priceless concept that is Natural Law and Montesquieu was a major influence for the United States’ system of a tripartite separation of powers. These two individuals were definitely major influences for the Founding Fathers and Writers of the Constitution, yet all the textbooks and readings we were ever assigned never mentioned them. We were also never taught about Alexis de Tocqueville and his classic work, Democracy in America among other prominent authors in early American history. Finally, we were also never taught about the intentions of the Founding Fathers or the Writers of the Constitution (as seen in Washington’s Farewell Speech, various personal letters, or in The Federalist Papers). It took me quite a few weeks of lunch breaks, slow office days, and weekends to go through various works and subsequent analyses to understand and digest them. 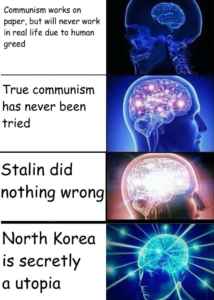 Seize the Memes of Production

This next bit tackles a very different subject from the above, but I feel it is also gravely important especially considering recent events. Another major concept we were never really taught about in school was the exact nature of Communism. To be sure, we learned the basics of Communism (The People™ own the means of production, classless society goals, y’all know the rest) or who Vladimir Ilyich Ulyanov “Lenin”, Karl Marx, Mao Zedong, and Josef Stalin (gulags were also covered, thankfully) were in our World History classes. However, we were never taught exactly WHY Communism has failed in practically every attempt it has been implemented or why the concept DOESN’T look good or function even on paper.

With the “knowledge” I received from my school studies (this was all from Catholic private schools and my public college years), I was led to believe a government that ensures its citizens are totally equal, aren’t necessarily “poor”, and provided for is a good thing. What a shame that all the people who run this form of government always end up seizing more power and implementing Not-Real-Communism™. As a result, I was one of many young minds who merely thought it was a good concept on paper, but bad in application. To discover the answers and truth for myself, I had to dive straight into the heart of it: The Communist Manifesto. With an open mind and my almond primed, I finally read and understood for myself how rife with anti-life, anti-liberty, and anti-property rhetoric it was. I, for one, firmly believe in the concepts or the truths of Natural Laws and Natural Rights (ex. the rights to life, liberty, and property), all of which would be neutered by the philosophy and application of Communism (no absolute truths exist in Communism, Товарищ). If one is a member of the filthy “bourgeoisies” or refuses to cooperate with the revolution (looking at you Kulaks and Wreckers), their lives are to be forfeited for the sake of The People’s™ Revolution. If one wishes to ensure total equality in every way as well as micro-manage everyone’s actions and thoughts (ex. Communism requires the erasure of disgusting “Bourgeois-influenced” pre-revolutionary thoughts and memories for it to “work”), it would require a most repressive authority that would definitely violate everyone’s basic liberties. Finally, the abolishing of “Bourgeois” private property (such as the fruits of one’s own labor) and inheritance rights are self-evidently anti-property and anti-prosperity.

In my experience, those of us who grew up after the Berlin Wall and the Soviet Union fell (I was born in May 1992) were not told of many major contemporary references that could teach us about the horrors and evils of Communism’s application (yes, there are numerous unfortunate examples even today, but these are usually hand-woven away by some of our “experts”, educators, and media as the results of “American Capitalist” corruption, poor management, or just poor luck). However, I was fortunate my grandparents who were politically exiled after the Cuban Civil War (to paint a picture of them: one of my grandfathers was a soldier who fought and suffered injuries during the fights against Fidel Castro and the other was a toy store manager who was tortured and imprisoned for a crime he and his coworkers did not commit) taught me about life under that repressive system. I also heard other experiences from people such as North Korean defector Park Yeon-mi and Chinese immigrant Lily Tang Williams (I recommend watching John Stossel’s interviews and pieces with them in “Playing the Victim” and “100 Years of Communist Disaster” linked at the bottom if you haven’t seen them yet). 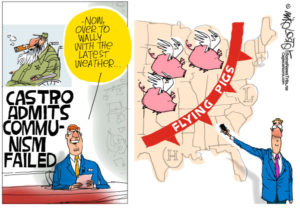 More Likely Than You Think

To conclude my self-study to ascertain why Communism could never work and how vital natural rights and laws are, I took some time to reflect on my life. In my experience, I never liked being coerced to give away my possessions or my time to random people (I try to be a charitable person, but it is always of MY own volition). My social interacting growing up also strengthened my belief and practice of the golden rule (thank you parents and my local church for instilling that in me). I also discovered how people even under the most similar socioeconomic backgrounds could have entirely different outcomes due to all sorts of variables and factors, many of which ultimately can never be controlled. Some of my closest friends ended up working all over the country for various companies, some are still stuck with their parents and getting their acts together. Finally, upon reflecting on my experiences living in a very rural part of Japan by myself with minimal assistance for years as well as the experiences of my grandparents when they first came to the United States of America with just a suitcase at best, I learned how they, other individuals, and myself can have the strength, will, and initiative to be self-sufficient and not just survive, but THRIVE. Our natural rights give us the foundations we need to build our lives and prosper, forwarding the progress of human civilization.

In conclusion, I believe self-study is important if not essential to an individual’s growth. Sure, our education system does a bang-up job teaching its citizens (please laugh), but for us to have a true understanding of why things are the way they are, how we can build a better future for not just ourselves, but for our families and those we care about, and what we can do as individuals to ensure the above, we must study for ourselves. Whether we study by reading the works of various minds of the past, speaking with our forefathers, the elderly, or friends about their experiences and beliefs in detail, or simply reflecting on our own lives and experiences, we should practice self-studying to complete our intellectual journey as much as possible in the short life we have.

As a final note, I wish to encourage everyone here to follow John Locke’s advice to take a few moments when you can to sit down and read a book, even if it’s one with content you may strongly disagree with (if anything, you can learn how to argue against a particular idea/belief more effectively), spend time with your family, loved ones, and friends, and finally, spend some personal time to reflect on significant moments or influences in your life that shaped your beliefs or who you are as a person today.

Thank you fellow Glibs for reading and I hope you all have a pleasant day.

“What are Rights?” and “What are Rights? An Encore” – Trshmnstr
“Not Just Self-Evident” – Suthenboy
The Glibertarian Community
The 5000 Year Leap: Twenty-Eight Great Ideas That Are Changing the World – W. Cleon Skousen
The Communist Manifesto – Karl Marx and Friedrich Engels
Two Treatises of Government – John Locke
Ameritopia – Mark Levin
My Parents and Grandparents (R.I.P. Abuelo Tim, I love and miss you very much)
“Playing the Victim” with John Stossel featuring Park Yeon-Mi
“100 Years of Communist Disaster” with John Stossel and Lily Tang Williams 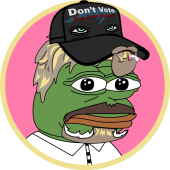