The Red Sox doubled up on the Dodgers for the second night in a row and I’m gonna say right now that I’ll be somewhat surprised if the series returns to Boston.  They’re just too much for anybody in these playoffs.  Their pitching has been more than adequate, but their hitters just grind pitchers into dust creating long at bats and forcing pitch counts that push them out of games early.  They’re just too damn good this year, the bastards. 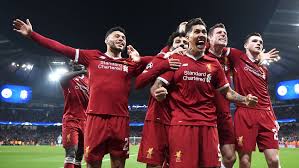 Keep winning the big ones. Or tying at least.

The UCL slate yesterday was interesting. Bruge and Monaco played to a draw, as did PSV and Spurs (which effectively takes the latter out of advancing to the knockout stages).  PSG and Napoli also drew as did Galatasary and Schalke. Meanwhile, Barca beat up on Inter 2-0, Dortmund demolished Athletico 4-0. Liverpool boat-raced Red Star Belgrade by the same score, and Porto derailed Lokomotiv 3-1. Those we’re some serious ass-kickings.

A small slate on the ice last night. Winners were Florida, Toronto, Tampa Bay and Vancouver.  Also, the NBA played.

Its also the day the Dutch discovered Australia, John Hancock became the first governor of Massholechussetts, Clemenceau became the PM of France, Otto Graham fumbled the ball four times in one game, the first microwave over was sold, John Steinbeck was awarded the Nobel Prize for Boredom, Vikings player Jim Marshall ran 66 yards the wrong way for a safety, “Halloween” hit theaters, the US invaded Grenada, and Windows XP his the shelves.

Those updates were awesome! But now…the links! 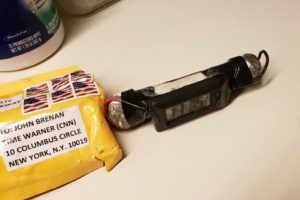 In what has to be the greatest coincidence in timing ever, the Post Office delivered supposed pipe bombs to several different Democrat leaders and CNN on the exact same day. None of them worked, of course and bomb experts scoffed at their alleged design, but they’re legit from Trump supporters and in no way should ever be considered to be a false-flag or a hoax.  The most interesting thing, to me anyway, was the efficiency with which the USPS delivered multiple “bombs” on the exact same day in multiple cities and states with at least one of the packages bearing no visible postmark on the stamps. But I’m just a dumbass rube.

Megyn Kelly was excommunicated from the church of progressivism yesterday. Her crime? Saying people, including white people, should be able to dress up and color their faces as other races for Halloween.  The left has gone completely retarded.

Look, I’m not one to post stories from ZeroHedge. So I won’t pull a Drudge and do so. Instead, I’ll post the original story as it appeared at the Mises site. You can click here for the ZH link and the inevitable stupidity that follows in their comments section. 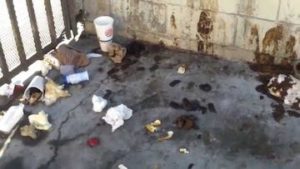 Unfortunately, the San Francisco government thinks the biggest problem here is the size of the cup from BK.

San Francisco newspaper goes to the source for an expose on the homeless issue. I hope they didn’t step on any piles of human shit as they were walking the street.  Well, maybe just one or two piles.

Teachers place students first…until they don’t. Pubsec unions are a black eye and need to be abolished.  I’m for free association, but public sector unions aren’t free association for the employers (the taxpayers) because they cut them out of the loop when the unions are negotiating their contracts with the people whose campaigns they fund rather than the people who are actually footing the bill.

The ECB still plans to end its stimulus plan at the end of the year. Good.

Song 1. The Second song. And then this.

Now go have a super day. Mine will be mostly on the road.