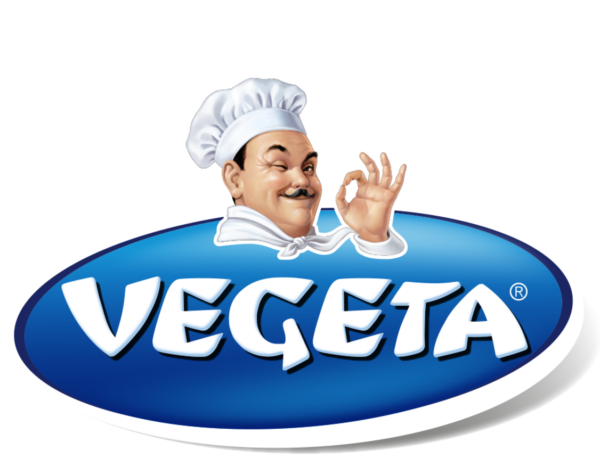 Not much to say by way of introduction other than noting that this past week may have featured some of the finest articles (and of course, comments) we’ve ever run on this website. You people are great.

There’s a few auspicious birthdays today. Of course, there’s Jeremy Brett (who was the definitive Sherlock Holmes, and anyone who did it after him is a talentless asshole), noted tank driver Michael Dukakis, brilliant musician and Pentangle principal Bert Jansch, the delightfully unhinged Mazie Hirono (D-Pakalolo), the used-to-be-funny Dennis Miller, and arguably the greatest pitcher of the modern era, Bob Feller.

On to the news.

Obviously, I’m not a fan of the Green Party, but on the other hand, anything to shake up the Team Red-Team Blue axis is cool by me. And they’re doing it in Arizona.

The wild card: Angela Green, a Green Party candidate who could win votes that might have gone to Democrat Krysten Sinema, clearing a path to victory for Republican Martha McSally.

But on Thursday, Green suddenly announced she would drop out of the race and endorsed Sinema.

“After watching the debates and seeing everything, Sinema’s stance on a lot of things are very close to mine,” Green said in an interview with Channel 12 news in Phoenix.

Unfortunately, Team L (in its usual incompetent way) does no better.

In Georgia, a Libertarian candidate could force one of the nation’s most closely watched governor’s races into a December runoff.

And in Montana, Sen. Jon Tester has repeatedly won campaigns with less than 50 percent of the vote with a Libertarian candidate on the ballot. This week, an anonymous mailer circulated attacking Tester’s Republican challenger, Matt Rosendale, and urging a vote for Libertarian Rick Breckenridge.

And people wonder why so many libertarians won’t become Libertarians. Fuck you, Rick, if I wanted to elect Republicans, I’d be a Republican. Christ, what an asshole.

Indiana gives me a little hope.

In Indiana, similar mailers have circulated attacking Republican Mike Braun and promoting the candidacy of Libertarian Lucy Brenton, who openly says she wants to play the role of spoiler. She garnered 5 percent of the vote in a 2016 race and has been onstage in debates that also include Democratic Sen. Joe Donnelly and Braun. It’s unclear which of the two major party candidates is threatened more by her pro-gay rights, pro-marijuana legalization, anti-tax platform.

“Do I intend to spoil the election for them? Absolutely. And here’s why: something doesn’t spoil unless it’s rotten,” Brenton said Tuesday after a debate in Indianapolis. “And the two-party system that has had a stranglehold on our country is absolutely rotten.”

Mike Braun is a reprehensible piece of ultra-authoritarian shit. Donnelly is a hack. I love Lucy.

This won’t be abused. No sirree. Because we all have 4th Amendment rights protecting us, and courts loyal to the constitution to enforce that. HAHAHAHA, I didn’t think I could say that with a straight face.

The Transportation Security Administration has given the go-ahead to test technology that is designed to screen multiple airport passengers at the same time from a distance of up to 25 feet away.

Thruvision boasts that its technology can screen up to 2,000 people an hour and detect a concealed device at a distance of up to 25 feet… This summer, the [Los Angeles] Metropolitan Transportation Authority announced that it planned to use Thruvision’s scanners to help prevent terrorist attacks in the system’s 93 subway and light-rail stations.

See, Citizen, it’s for your own protection! That silly constitution isn’t a death warrant! And besides, all civil liberties are subject to reasonable regulation, right? That’s just common sense.

This is the kind of thing that gives me hope for the future of America.

Two female students who attended Adair County High School in Columbia, Ky., went to class Wednesday dressed as Eric Harris and Dylan Klebold, the two teenagers who opened fire at Columbine High School in Littleton, Colo., on April 20, 1999, killing 12 students and a teacher. The shooters also wounded 26 others before they turned the guns on themselves.
The two female students wore the similar outfits Harris and Klebold wore on the day of the mass shooting, WHAS-TV reported. The students were not named.

Amy Tarter, a parent of a student who attends the school, told WHAS-TV that more should have been done. “It’s ridiculous. I think any child that does that should be expelled and any parents who [support] their child [doing that] should have charges brought against them,” Tarter said.

I’ll bet Amy is an absolute animal in the sack. But the good news is that there are two more female libertarians being created. If we were wealthy, I’d donate a big chunk of lucre to their college funds. And I’d be willing to bear all their children.

Make no mistake, there ARE downsides to weed legalization.

A 24-year-old woman is in jail after being accused of breaking into one of Aurora’s newest fire stations, flooding it, ransacking the building and even decapitating a bird.

…the firefighters found an alarm going off, the doors open and the lights on and a fire hose spewing large amounts of water inside the 13,000 square foot building. In the laundry room, firefighter gear had been strewn around throughout the area. It appeared someone had activated a fire extinguisher and sprayed the area. A TV remote was broken and the station’s riding lawnmower had been ridden out of the station. They also found someone had smashed the windshields of firefighters’ vehicles parked at the station. Damage to the vehicles is estimated at $10,000.

And a bird that had been at the fire station was found decapitated in the parking lot.

According to an arrest affidavit in the case, officers tried to talk to Griego but “all she would do was make incoherent statements.. Griego also stated she does bath salts and marijuana.”

The Supreme Court is apparently not immune to enabling publicity stunts and grifting.

The Supreme Court rejected the Trump administration’s request to halt a lawsuit from young Americans seeking to force the government to address climate change. In 2015, 21 young people, with the assistance of climate activist and scientist James Hansen, filed a lawsuit in which they argued that the federal government is violating their rights to a clean environment by not combating climate change.

In a just world (“loser pays, and if loser can’t pay, loser’s lawyer pays”), mendacious money-grubbing publicity hounds like Hansen would be nailed with attorney and court costs. Unfortunately, this is not a just world.

Fuck this shit, my blood pressure is already too high. Let’s relax with Old Guy Music. Indirectly, you can thank Sloopy for this one- he misspelled Ric Grech’s name in a post earlier this week and that got me reminiscing. Grech is, of course, best known for Blind Faith. But the first time I heard him, it was with a band that was insanely influential on more famous groups like King Crimson, Jethro Tull, Genesis, and The Jimi Hendrix Experience. Family never achieved success in the US and has faded into total obscurity. But my little group of teenage friends (with whom I played in several bands) were all fanatics, and we were all horribly disappointed that their US tour presence was nearly nonexistent and certainly didn’t include Baltimore. Well, at least we were able to wear out their records. These guys deserve to be known better and honored for their work. This particular song has a distinct Captain Beefheart vibe, so I’ll bet the influence extended there as well.