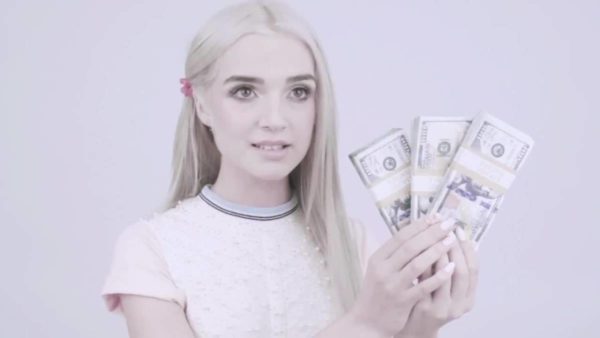 After several amazingly busy days that have kept me away from you wonderful people, I have returned with links and snark. Oh, and birthdays. December 1 marks the birthdate of such notables as Madame Tussaud, my spirit animal Woody Allen, the beyond-amazing asshole and brilliant talent Jaco Pastorius, supposed funnyman Dick Shawn (who was directly responsible for the only sequence in The Producers that was worthy of fast-forwarding through), and object lesson in the inevitable fruits of prohibitionism, Pablo Escobar.

George Bush, the 41st president of the United States and the father of the 43rd, who steered the nation through a tumultuous period in world affairs but was denied a second term after support for his presidency collapsed under the weight of an economic downturn and his seeming inattention to domestic affairs, died on Friday night at his home in Houston. He was 94.

The adoration then follows, of the sort the press loves to heap on any Team Red political figure who is no longer relevant, but whom they savaged while in office. This is going to be pretty sickening for the next week. At least this NYT hagiography mentions Bush puking on the Japanese prime minister. It neglects to mention his relentless ass groping (“Everybody knows that you stay out of Poppy’s arm reach!”). And of course, no one will dare come at it from the standpoint that he was an authoritarian statist big-government piece of shit, a paternalistic elitist who ran a corrupt spy agency, whose legacy is decades of war, the ADA, David Souter, unprecedented expansion of the carceral state (though that record was broken by his Team Blue and Team Red successors), spawning another generation of privileged and incompetent shitheads who styled themselves as “leaders,” inflicting the now mercifully forgotten Dan Quayle on us, obstructing the Iran-Contra investigations because Team Red corruption is just fine, and continuing the march of Team Red away from any notion of actual constitutional conservatism and to becoming largely indistinguishable from Team Blue.

Oh, and remember the Big Issue that was central to his 1988 campaign? Banning flag burning. Nice one, Poppy, glad you had your priorities straight.

To be fair, he did appoint Clarence Thomas, who at least mixes some good First Amendment advocacy and opposition to eminent domain with an utter contempt for Fourth and Fifth Amendment rights. If that’s the only good thing I can say about him, that he appointed a justice who’s no worse than Sotomayor and better than his son’s appointment of Roberts, that’s more than a little sad.

This one is a good news/bad news sort of story. The cop who murdered her neighbor is actually getting charged with murder.

A police officer who claimed she killed a Dallas man in his own apartment in the mistaken belief that he was in her home was indicted Friday on a murder charge, authorities said.The indictment of Amber Guyger comes more than two months after she was arrested in the shooting death of Botham Shem Jean at the Dallas apartment complex where both lived — a killing that sparked days of protests.

That’s the good news. Really good news. The bad news is that the whole thing is being promoted as a race thing rather than a police state thing. This despite the fact that it took almost 3 months to charge her, she was given all of the usual protections for cops (like having several days to get her story straight before being questioned), and had the full-press support of the cop union. The Progressive racial narrative is almost a guarantee that the core issues with police (union protections, immunity, and militarization) will never actually be addressed.

How shallow of a human being am I? Oh yeah, very shallow. I only had one thought about this story.

The Kansas City Chiefs have released star running back Kareem Hunt, a decision that came after video surfaced earlier Friday that showed him shoving and kicking a woman in February. The team announced the move Friday night. Minutes earlier, the NFL had announced that Hunt, 23, had been put on the commissioner’s exempt list.

My first (and still principal) thought was, “Fantastic! The Ravens have an upcoming game with the Chiefs and this is one less defensive worry!” Like I said, I’m shallow.

I travel a lot for work, yet I really don’t participate in the various rewards programs. And here’s why.

Hackers stole information on as many as 500 million guests of the Marriott hotel empire over four years, obtaining credit card and passport numbers and other personal data, the company said Friday as it acknowledged one of the largest security breaches in history.

As usual, the first instinct is to figure out if liability can be trimmed back a bit.

The full scope of the failure was not immediately clear. Marriott was trying to determine if the records included duplicates, such as a single person staying multiple times.

The affected hotel brands were operated by Starwood before it was acquired by Marriott in 2016. They include W Hotels, St. Regis, Sheraton, Westin, Element, Aloft, The Luxury Collection, Le Méridien and Four Points. Starwood-branded timeshare properties were also affected. None of the Marriott-branded chains were threatened.

Guys, you own it. Stop making excuses and make people whole. Immediately. As if they will. But the lawyers are already circling, and of course, they’ll come out as the only winners.

Here’s a delightful story from the Land of Team Blue.

A Massachusetts landlord told a Harvard University graduate student that he wanted her to move out of her apartment because her legally owned firearms made some of her roommates uncomfortable. The request that the student, Leyla Pirnie, move out came after her roommates searched her room while she was not home and found her firearms. That prompted one of the roommates to email [the landlord, Dave] Lewis requesting he verify that Pirnie was in compliance with applicable firearms laws.

“We discussed with Leyla that all of us are uncomfortable with having firearms in the house, and that their presence causes anxiety and deprives us of the quiet enjoyment of the premise to which we are entitled,” the roommate wrote to [landlord]Lewis.

Old Guy Music, and in honor of birthday boy Jaco Pastorius, here’s one of my favorite songs from what I think was his absolute best collaboration. Some fantastic jazz vocals and Brecker-style LA sax sound.

TL;DR:  these beers are all of high quality, and very true to type.  If you like a particular style of…

[caption id="attachment_15164" align="aligncenter" width="183"] ARE YOU NOT ENTERTAINED?[/caption]   ZARDOZ SPEAKS TO YOU, HIS CHOSEN ONES. ZARDOZ WAS VACILLATING BETWEEN…