This may come as a great surprise to most people, but television did not exactly flourish in communist Romania. The equipment was bad, there were only a few hours a day of programming and it was mostly the Great Leader speaking. Romania, for whatever reason, was generally worse than other European socialist countries in this respect. Back then cable was not a thing in this region and antennas were all the rage. If you were lucky enough, so to speak, to live near a border – Bulgaria, Serbia or Hungary – and had a tall antenna, you could catch some extra programing from those countries.

Children, Pie being no different, liked cartoons. It was a great misfortune in my young mind that my parents had to pick me up from kindergarten in the middle of the only daily cartoon shown – if I remember correctly something with a girl call Heidi, and I frequently missed the ending of the episode. There was also something Russian with a wolf and rabbit. My parents owned a VCR – a significant thing, most were black market and quite expensive – and a couple of cassettes with cartoons – some classic Disney, some Asterix and Obelix, some Tom and Jerry – which I must have seen 100 times. In fact, a few years before 1989 my parents had a JVC VCR which also had the capacity to record, and that was a rare beast indeed, they sold it for half the money of a new car. 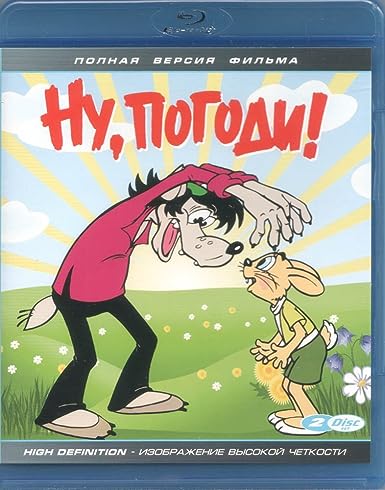 After communism ended, things changed reasonably fast. One day, I would say about 1992 or so, I do not remember the particulars, after coming home from school, I noticed an unfamiliar black shape – a new Panasonic TV set, and with it came cable and with cable came Cartoon Network. Cartoons, all sorts of them, all day every day. It was truly a revolution.

My first one was an episode of Birdman, which at first I thought it was Batman – I did not know either, but had vaguely heard of Batman and it sounded familiar enough. Soon, for as long as I was allowed, I watched everything else shown on Romania’s Cartoon Network in the early 90s. Everything. There was still some drama. My parents watched the nightly news on the TV every day at 8 PM, right when Swat Kats was on, which I loved as a kid.

Back in that time, cable was young and there were no local subsidiaries of the big foreign networks, so there was no dubbing or subtitles. I had some knowledge of English – my parents got me a tutor for the duration of first grade that actually taught me a lot, and there was some in school. The problem with learning a language in Romanian school is that you learn rules, grammar, and some vocabulary in a formal way that does not always tie together. I had the same experience with trying to learn French, I knew some words and could read and somewhat write, but struggled to form sentences when speaking. The tutor helped more than school, a young woman who brought cassettes of English people speaking, and focused on that not on grammar rules. Learning this way was better – and I did real well at the grammar tests in school because, without really knowing the rules, picking what sounded right to me was usually right. I feel the same for Romanian, I would struggle right now to explain to a foreigner grammatical rules –although I studies them extensively in school. 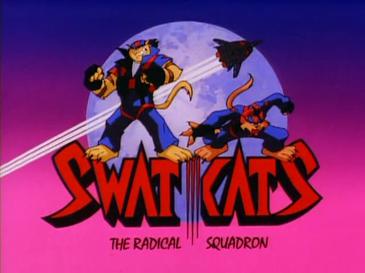 Whatever learning I did before, it was accelerate greatly by Cartoon Network. At first I did not understand everything spoken. But I didn’t need to. Just having cartoons was so great, nothing else mattered. And I watched and I watched. And slowly, I started understanding more and more each time. Episodes tended to repeat on Cartoon Network, but for me it was quite alright, I liked them and I understood better as each month passed. And I learned organically for lack of a better word. This is important, as phrases often have cultural meaning and just knowing what the words mean is not enough, and this way I learned both. Sticks and stones does not mean sticks and stones, paying the piper does not involve singers and currency.

This also had had a positive effect on verbal skills. To be fluent in a language you just speak, you do not need to think of the rules. I was never fluent in French, though I learned words and verbs and conjugation. They just didn’t come together when I needed them. In English, on the other hand, I never really thought of the rules. If it sounded right, it probably was.

Not all kids in Romania were like this, but my generation of urban middle income kids were. By high school, movies and TV shows kicked in, praise be bit torrent and DC++. My generation talked a lot in what we called romglish, Romanian peppered with English words and phrases, mostly movie quotes. There were nationalist politicians that wanted to ban English words in advertising, to somehow preserve the purity of the language. Hell, there still are in several countries. But, for us, in a country with a native language that is, to be frank, useless internationally, learning English was a huge help. Most of people my age use it daily in their work; use it on vacation or watching movies, reading books not translated in Romanian, and off course writing fabulously. And many of us hold a debt of gratitude to Cartoon Network.

Cartoon Network is dubbed these days. I can understand why, but I still think it is a damn shame. Kids these days take cartoons for granted and maybe do not have the patience to watch a language they do not understand. Or maybe they do, if they were left at it, but the parents try too hard to make it easy on them. Who knows? Of course with internet, they have ample opportunity to learn English – but just internet often leads to broken English. And if they watch cartoons, why not get some benefit from it, hearing the language young and trying to understand. A bit of struggle grasping it might even help. 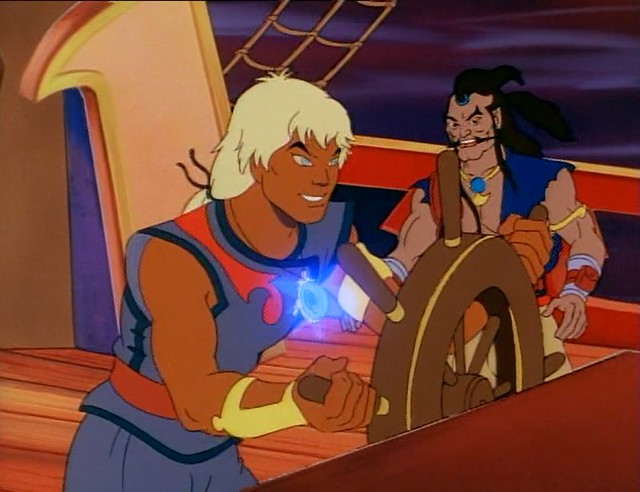 I am generally opposed to dubbing. It is rarely good enough and always takes away part of whatever you watch. In fact, for movies, I find delivering good lines is harder than facial expressions, and the way the actors speak are important for what the director want to achieve. And a lot of the subtlety is lost for those who happen to speak the language, and unlike you Americans we can handle subtitles. I have met Austrians who saw The Godfather only dubbed and were like: what is the point? Or just imagine hearing “We’re gonna need a bigger boat” in German… Of course the new cartoons are often crappy, not like back in my day. They don’t make ’em like they used to. Damn kids these days! But seriously, the recent cartoons are crap.

Now, my fine fellow glibs. You have all read, I assume, at least one of my pieces and maybe a few of my comments, and such know of my writing. What you clamor to know is: how does Pie speak? Does he have an Eastern European accent? The short answer is yes. Unlike some people I know, I never made any special effort to change my accent. Some went to great lengths to sound British, and most sound reasonably well but kind of pretentious. I do not have a very strong accent, due to all the movie and cartoon watching I did. I, for example, pronounce “the” with a silent Z, which cannot be said of many Easter Europeans. I think, were I to live for an extended period of time in an English speaking country, my accent would greatly improve. But, as things are, every English and American I spoke to understood me without issue and as far as language flow and grammar, I speak just as I would in Romanian. So, in conclusion, I speak well enough for practical purposes, good enough for government work, so no need to spend time fine tuning my accent. I mean, I would be othered anyway in the States for my exotic good looks, so language would not necessarily make me blend in. Without further ado, for the ending of this little piece… Pie speaks. I recorded myself on my phone, just for you.

I did not want to say random bullshit or use too little word variety, and as such for my first piece I have picked something that is explicitly going through a large variety of English words. SOURCE

For my second, I decided to quote the classics. SOURCE

And for my third, something short and personalized for the glibertariat.