You gotta feel bad for that Bears kicker.  Or not. But Cleveland and Philly fans Venmo-ing him money after the missed FG is a bit much. Tough way for one’s career to end. Elsewhere, the Chargers beat the Ravens (and now head to Foxboro for a date with Tom Brady. The Iggles, who were the beneficiaries of that missed kick will head to New Orleans to take on the juggernaut Saints.  And Indy will travel to Kansas City while the Cowboys travel to Los Angeles to take on the Rams.  The college season will end tonight in front of a half-empty stadium. And the NBA still doesn’t matter.

And as hockey hits its midway point more or less, the standings put the Lightning, Leafs , Bruins, Sabres, Caps, Pens, Blue Jackets and Islanders in current playoff positions in the Wales Conference, with Montreal nipping at their heels and the Jets, Preds, Avs, Stars, Flames, Army, Sharks, and Ducks in the Campbell with Vancouver, Edmonton and the surging MINNESOOOOODA WIIIIIILD just outside.  Enjoy the stretch run, gentlemen.

Oh, and I’d recap the FA Cup weekend, but there’s still a game to go.  I wonder if either will field a strong team though.

Happy Birthday if today is your day.  And by the way, you share it with: president Millard Fillmore, bluesman Bobo Jenkins, publisher (of a once-great magazine) Jann Wenner, Kenny fucking Loggins, actor David Caruso, libertarianish politician Rand Paul, person in movies Nic Cage, and Formula One great (but also a douchebag) Lewis Hamilton.

That wasn’t a lot of great stuff.  Oh well, on to…the links!

Socialist says socialism won’t create another socialist state. Interviewer doesn’t press the issue because that would be…what, racist? Mysoginistic? Making fun of a retarded person?  Hell, it must be something bad for Anderson Cooper to keep lobbing her softballs.  But in his defense, maybe he was still drunk from this three tequila shots he did earlier int he week. Oh yeah, and she also said Trump is a racist. 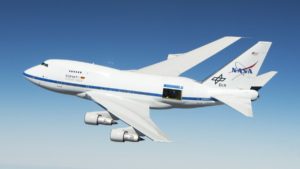 Wow, a telescope in a plane! Next thing you know, we’ll manage to put one in space beyond the atmospheric interference.

Hey, when the government goes back to work (with back pay for their vacation), can they just go ahead and leave this program on the scrap heap?  Nothing. Left. Too. Cut.

Looks like Kevin Spacey will have to appear in court for his arraignment  for felony sexual assault.  Quick question: how loose does someone’s pants need to be for someone else to get their hand down them far enough to grab their genitals, in a bar against their will? Without being seen by anybody else? And without taking an ass-beating on the spot?  That whole story sounds far-fetched to me. 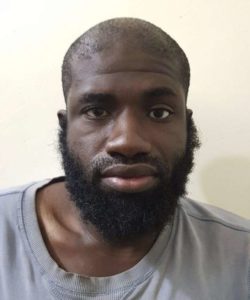 Scoring a triple double ain’t any easier than chopping a head off.

Kurdish forces say they have captured two American men fighting for ISIS in Syria. Huh, and here I thought Lebron was playing for the Lakers.

The Chicago medical Examiner’s Office has a strange definition of “top priority”. Just kidding. I’m sure they’re really focusing on the shitty job they did for years.

Somebody needs to get Linda Sarsour and the rest of the Women’s March leadership on the phone. Because I’m sure they’re gonna jump right up in defense of this woman, right? RIGHT?!?!?!??!?!? 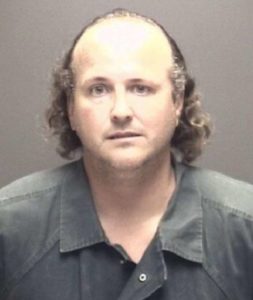 Worst revenge plot I’ve seen in a while.

Well, I’m sure he’s familiar with the layout of the courthouse, so he should be on time to his hearing. Also, dude looks creepy as shit. But seriously, this guy is a hilariously bad criminal mastermind. No wonder he was a judge.

One of the greatest songs from the greatest arm wrestling movie of all time. And if you think I’m wrong, I’ll turn my cap around and we can settle it with our arms.

Have a great day, friends. And a great start to the week.