John Isner is out of the Australian Open, Liverpool regain form, James Harden ties a streak record (by being incredibly selfish in a losing effort), Michigan and MSU are on a basketball collision course, and the Blue Jackets and Sharks continue to surge. 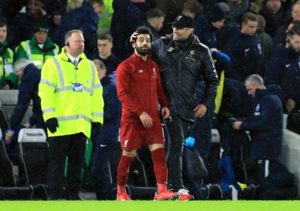 Oh yeah, and the Chiefs ran wild, the Saints got a little lucky, the Cowboys showed up top late to the party and the Patriots…well, they did what they always do at home in the playoffs.  The conference championship games should be a lot of fun. 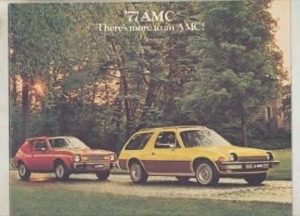 How this company failed is an absolute mystery…said no one ever.

Donald Trump is possibly having too much fun at the situation Jeff Bezos has put himself in. Meh, so am I.  WaPo has become a laughingstock with their pants-shitting coverage and their “Democracy Dies In Darkness” self-congratulatory bullshit.  Fuck em.

House committees threaten to subpoena interpreters from meetings Trump had with Putin because…seriously…they’re afraid he has been a Russian asset all along. Oh yeah, and the media are covering it as some sort of great job restoring democracy or something, when all it is is a blatant partisan attack on the executive privilege he should be able to enjoy to stop the error-filled leaks in the White House. 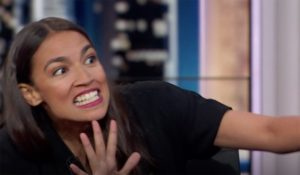 Stop questioning me or I’ll call you a sexist!

Joe Lieberman and Alexandria Ocasio-Cortez amp up their war of words. Also, all you assholes giving Ocasio-Cortez a hard time for complaining about the cost of an apartment don’t get it.  Its not necessarily the cost of an apartment that’s causing her distress, its the fact that its her second residence that’s making it hard for her financially.  Lol, that’s what she tweeted earlier today. Because that’ll make people relate to her better.

PG&E’s CEO is out as the (government-guaranteed monopoly of a) company prepares for their bankruptcy filing.

Everybody has an opinion ahead of the sentencing of Jason Van Dyke this week. He’s the asshole Chicago cop who murdered Laquan McDonald in cold blood in 2014, in case you’d forgotten.

Oh, I guess this kind of thing is newsworthy now that the government is shut down. Nevermind that you read the story and the absence rate was normal that day and procedures weren’t followed. Nope, let’s blame it on the shutdown…because the TSA didn’t have a 70% audit failure rate for exactly this kind of shit every year they’ve existed.

I don’t think I’ve been able to play a set of this birthday boy’s stuff yet. I’m kinda happy about today then.

Song Number 1.  Second Song.  The last of the set.