Aligning the incentives in the Union

I liked Not Adahn’s post on changes to the political system enough that I thought I’d write one of my own. While I could wax philosophical about democracy and republicanism and the like, that’s all been hashed through 1000x by people much smarter than me.

Instead, I wanted to approach some moderate changes that could be made to the current system to make them much more responsive to citizens’ revealed preferences and personal priorities rather than their stated preferences and social priorities. I’m under no illusion that any of this could ever happen, but it’s a fun discussion to have.

The only way to curb abuses is to kill the incentive to accumulate power via fedgov. That’s an incentive that cant easily be counterbalanced with barriers to entry or other disincentives. It’s also very hard to reduce or kill that incentive. As long as fedgov is the sovereign, no amount of legislation will prevent power seekers from eventually maximizing the reach of their institution.

What’s the best way to curb the social greed of those who seek power and the complacency of the electorate that gives the power to the seekers? How about an even stronger and more acute incentive? Personal greed. 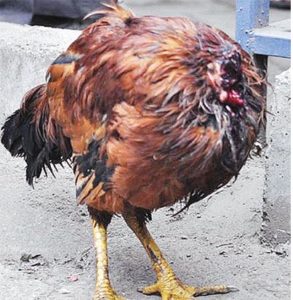 Perhaps not this half-cocked.

My half-cocked idea is as follows. Tax day is now election day. The total government budget is set by popular vote, but with a twist. You have 5 choices: Budget stays the same as last year (zero based, no adjustments). Budget plus 5%, Budget minus 5%, Budget plus 10%, Budget minus 10%. Once you are done voting, you get a receipt for your votes (like usual), as well as a bill for your taxes owed at the percentage you voted for. Taxes are due immediately, and there are representatives of the IRS and the various localities in the building to take payment.

If you do not pay, your vote is marked provisional and you have 30 days to pay your bill (plus interest) and have the vote counted. After 30 days, your vote no longer counts, and while you still owe the money (and interest), it is no longer considered part of the annual budget and is saved in a rainy day fund that requires massive agreement to access (2/3 states and 2/3 of each legislative body).

This delineation is important because the federal budget is given to Congress based on actual tax receipts within the 30 day window. Balanced budget is constitutionally required, but Congress has the authority to allocate the specific expenditures within the money received on voting day. However, once you run out of money, you’re done.

Obviously, it would require a massive simplification of the tax code. It would probably also require some sort of assurance that everybody has to contribute at least something.

The benefit of this plan is that it aligns incentives for the populace limiting taxation and government expenditures.  Of course, it would never happen because 1) it takes away the meticulously crafted system where costs of government are hidden and benefits are touted; and 2) anything that associates taxation with voting will be lambasted as “POLL TAXXXXX!!!!”