Jussie Smollett’s saga DID expose hateful bigotry, no matter what they say

As we conclude yet another round of Culture War: Red versus Blue, it’s important to realize that just because Jussie Smollett hired his coworkers/friends to simulate a bigoted hate crime doesn’t absolve the bigotry of the situation. There is still hatefully bigoted behavior happening, and it’s a growing trend that is quite troubling. Smollett may not have been lynched, but a lynch mob was formed, and it was the usual suspects that were holding the noose and wearing the pointy white hats.

That’s right, the progressive left is at it again! They may have admitted defeat in the 1960s when the Klan began to collapse and Jim Crow was given a swift boot into the rearview mirror of history, but the racial supremacist instinct of the progressive left has been simmering in the dark recesses of academia, mass media, and activist organizations across the country. The progressive left up to the 1960s had always been composed of two rival factions that agreed on more than they’d like to admit. The elitist northerners were the scientific eugenicists, the social Darwinists, the people who cheered the Supreme Court on when they ruled that mentally handicapped people should be sterilized in Buck v. Bell. Their superiority didn’t attach to whiteness, per se, but it was attached to a misplaced Protestant work ethic (a remnant of the original Progressives who, by the early 20th century, had been jettisoned by the progressive movement to eventually become the social conservative movement). Immigrants, catholics, and blacks were in the inferior working class, and the elites lorded over them, secretly despising them. The dixiecrat southerners approached the dynamic a bit differently. They came from a long tradition of looking down on blacks due to the slave relationship, and the fact that the South got their noses rubbed in their mess during Reconstruction still smarted. Add in the religious dynamic of 2nd Great Awakening revivalism emphasizing anti-intellectualism, and the dixiecrats were much less nuanced, much more emotion-driven racists. They were your true “white supremacists” in a less effective caricature of the German model that eventually became Nazism.

Some people believe the vapid notion that the parties “switched sides” in the 1960s or 1970s, but the reality is much different. In the middle of the 20th century, there was a shift going on, but it was much more limited and much different than your self-conscious progressive know-it-all friend realizes. Essentially, the dixiecrats all died off. In the “greatest generation” (I hate that moniker) and the prior generation, they lived knowing people who had seen the Civil War and Reconstruction. The roiling hatred the rebels felt for the yanks was passed on to those younger generations. This resulted in two things: 1) a regional pride that still exists to this day; and 2) white supremacy. In the 1930s, 1940s and 1950s, those two generations were in their primacy, and the worst abuses of Jim Crow were in effect. By the time the 1960s and 1970s rolled around, those two generations were waning, and the baby boomers were supplanting them. The baby boomers never knew the scars left by Reconstruction. Their great-great grandparents were dead before they were born, and the boomers in the South only got second hand hatred. The boomers were also the first generation to be unified under a central and pervasive mass media. Sure, Hollywood had been king since the end of the vaudeville days, but news and entertainment was still highly localized until the mid-to-late 1950s when shows like American Bandstand were in the zeitgeist. Once the mass media took hold, the boomers were exposed to a very northern mass media, and their voting habits reflected that.

The 1976 presidential election is probably the best microcosm of this shift. George Wallace and Jimmy Carter were the two Democrat frontrunners in the primary. Wallace was the last gasp of the Dixiecrat contingent, and Carter was the compromise candidate. Carter was a northern elitist in a southern peanut farmer’s body. Carter won out, and the last nail was placed in the Dixiecrats’ coffin. The more erudite and cosmopolitan boomers were the main force in politics. However, they didn’t just magically flip to being Republicans. Party identification doesn’t tend to flip on a dime, and you can see that there are only a few Republican cracks in the Democrat southern hegemony in 1976. However, these were votes for a Democrat that was, by lineage, style, and heritage, a Southerner, but by ideology a northern elitist. The southerners were holding their noses and voting for a progressive because voting Republican was out of the question. 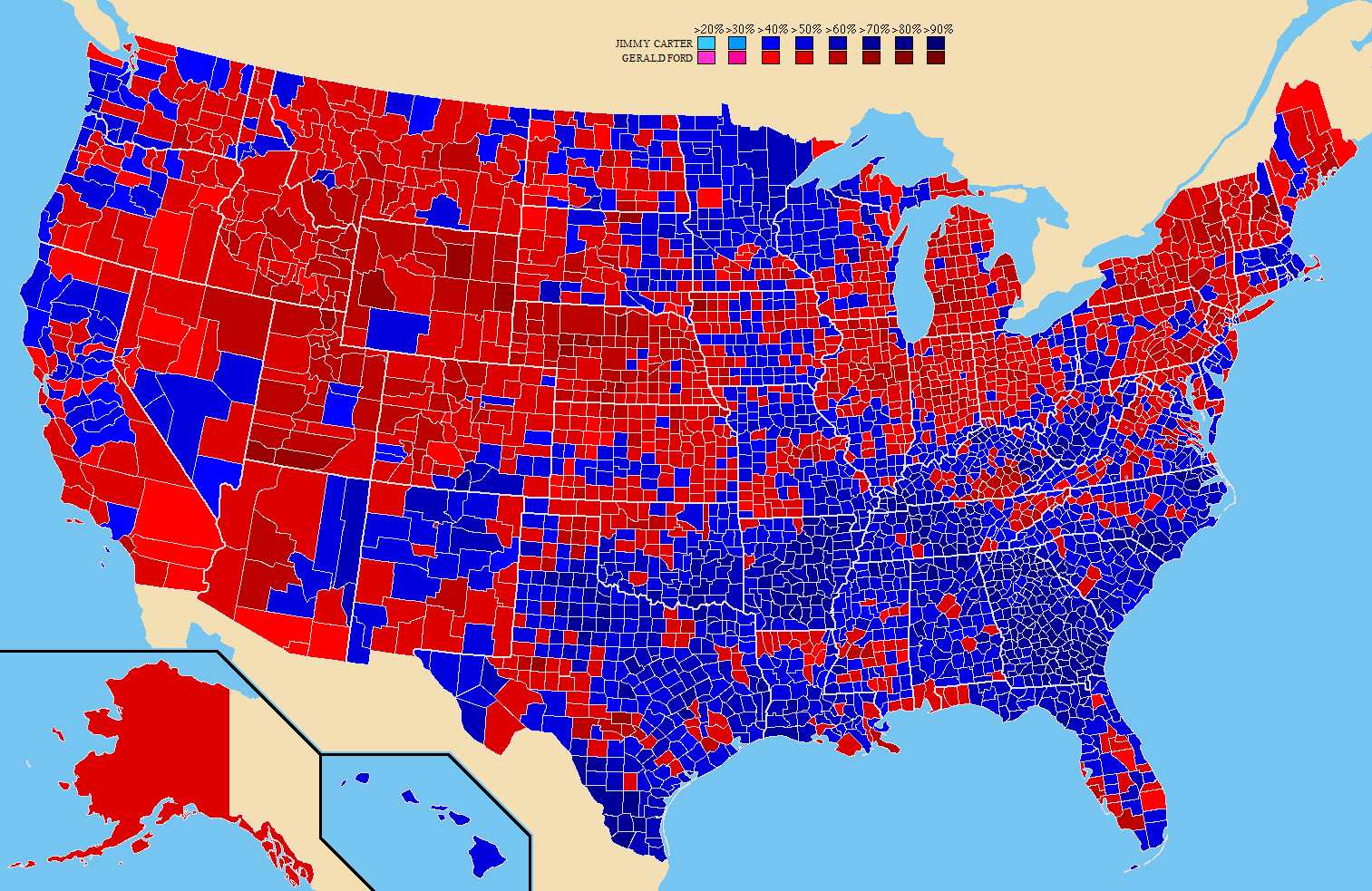 You can really see the death of the dixiecrats when you compare 1976 (above) to 1968 (below) where Wallace swept the south and Humphrey swept the northeast. Note that in the 1968 map, all of the states in blue and orange were won by Democrats in spite of there being two Democrats on the ballot in the general election (Yes, technically Wallace was an Independent). 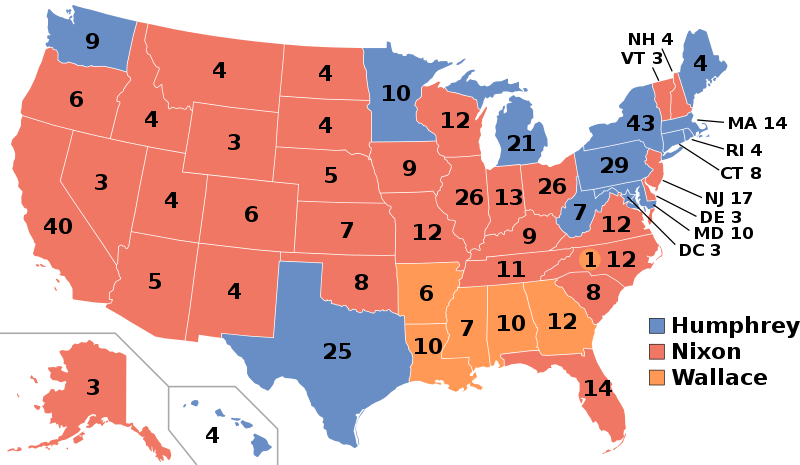 Anyway, all of this has a point. The northern elitist bigots never went away. The dixiecrats died off and the southern boomers voted Republican in large numbers in the 1980 election, but the huge contingent of new england Democrats didn’t go anywhere, and became entrenched in positions of power. They were elitists, and thus they became elites.

Through the 20th century, the northern elitist progressives carried with them the identitarian philosophies that flowed from Marxism (class conscious reality morphed into critical theory, feminist theory, etc.), and in true leftist fashion, the target of their ire settled on their idiot political bedfellows, the dixiecrats. It was just happy chance that the “backwards hillbilly bible thumper” stereotype was shifted over to their rival party when the southern boomers revolted en masse in 1980. The progressives also did a pretty damn good job of making the dixiecrats’ perception of racism carry over to the GOP, too. However, the progressives had been undergoing their own changes in the middle of the 20th century. They quickly recognized that the civil rights movement was exploitable and they sloppily cut and pasted their “working class oppression” schtick from the 20s and 30s onto the civil rights struggles in the 60s and 70s. Scratch out “Irish” and replace with “black”.

Those roots they set in the civil rights movement didn’t strip away their eugenic, bigoted foundation. They are and have always been elitists who only see the world skin deep. They will do and say anything to have the cultural upperhand, and they’re not above stoking racial tension, sexual tension, or any other difference between people to cause the public to give them social power.

Jussie Smollett may not be aware of the history of the progressive movement, but he’s influenced by it. He’s the latest to throw himself on the sacrificial pyre of identitarian leftism, and the frothing mob that backed him up is the culmination of 100 years of work by the American progressive left. The prevalence of bigoted identitarian strife seemed to be tailing off through the 80s, 90s, and early 2000s, but the progressive left, which was dealt a massive blow in the 1980s with the near extinction of their fellow traveler dixiecrats, has recovered to national prominence in the past 15 years by rebuilding a coalition of identitarian groups of all stripes, all deluded under the Marxist lie that their truth is in their identity.  Bigotry is back, and it’s likely going to stay for a while.