A Bit of Peat: Some Basic Islay Malts

Booze reviews are a strange art. Well done, they can give the reader a fine impression of the liquid at hand. More often, the sound like pretentious nonsense. I usually avoid doing them, be it for wine or whiskey. When I give my opinion, I stick to what is clear. Be it tannin or acidity or peat or smoke or dryness. If I can sense some basic aromas I say so. But I limit myself to that because most aromas sensed in a tasting are quite personal. Two top sommeliers may not sense the same thing in the same glass. An Asian may feel other aromas than a European. So while it may be fun to see what others sense, when you go beyond a few things it is getting somewhat ridiculous and you are mostly making shit up. Especially due to fads that affect the tasters. There was a time in which almost every wine blogger in Romania had to smell lychee in white wines, while I had no idea what lychee smelled like.

I usually simply avoid giving my personal interpretation of faint aromas in alcohols. But for you, fair readers, I will do a proper review and I will stick my nose in the glass and taste the thing until, damn it, I find at least five different flavors.

Today I will be reviewing a few basic expressions of Islay malts. Islay is an island in Scotland which I will not describe at length. It has the usual Scottish things, bad weather, sheep, funny accents, the standard package. Where it is unique is in the number of distilleries and the quantity of malt produced on less than 250 square miles. And it is a special malt indeed, so much that it is considered a distinct, officially recognized region, one of five such regions in Scotland.

The whisky is known for peat smoke – the malted barley is dried using peat fires – and its salty briny taste due to being so close to the sea. Unfortunately, peaty whisky has grown in popularity in the last 10-15 years, as such the prices have increased while the quality not always. I blame market forces myself and probably hipsters. Also the Germans.

While for some it does not matter, I am going to be a snob about it and, besides aromas, positively view whiskeys that are non-chill filtered and natural colored. Because they are just better. I don’t see the point of putting caramel coloring in whiskey just because people associate that color with the drink. And while chill filtration removes cloudiness, cloudiness can be fun, start with a cask strength malt that is clear and get cloudy as you add some water. Also, it may or may not remove flavor.

I mentioned water because I generally favor higher ABV malts, and I like to drink a little and then add a bit of water for a small change in flavor and booziness. I generally drink my whiskey in a Glencairn glass and do not add ice or anything else. If you are the type to add mixers to whiskey, you disgust me and should be ashamed of yourself you goddamn lowlife.

Now to get to it, in no particular order. I will judge smell, taste, aftertaste and will include a from the internet section from more tastery tasters than my very own self. 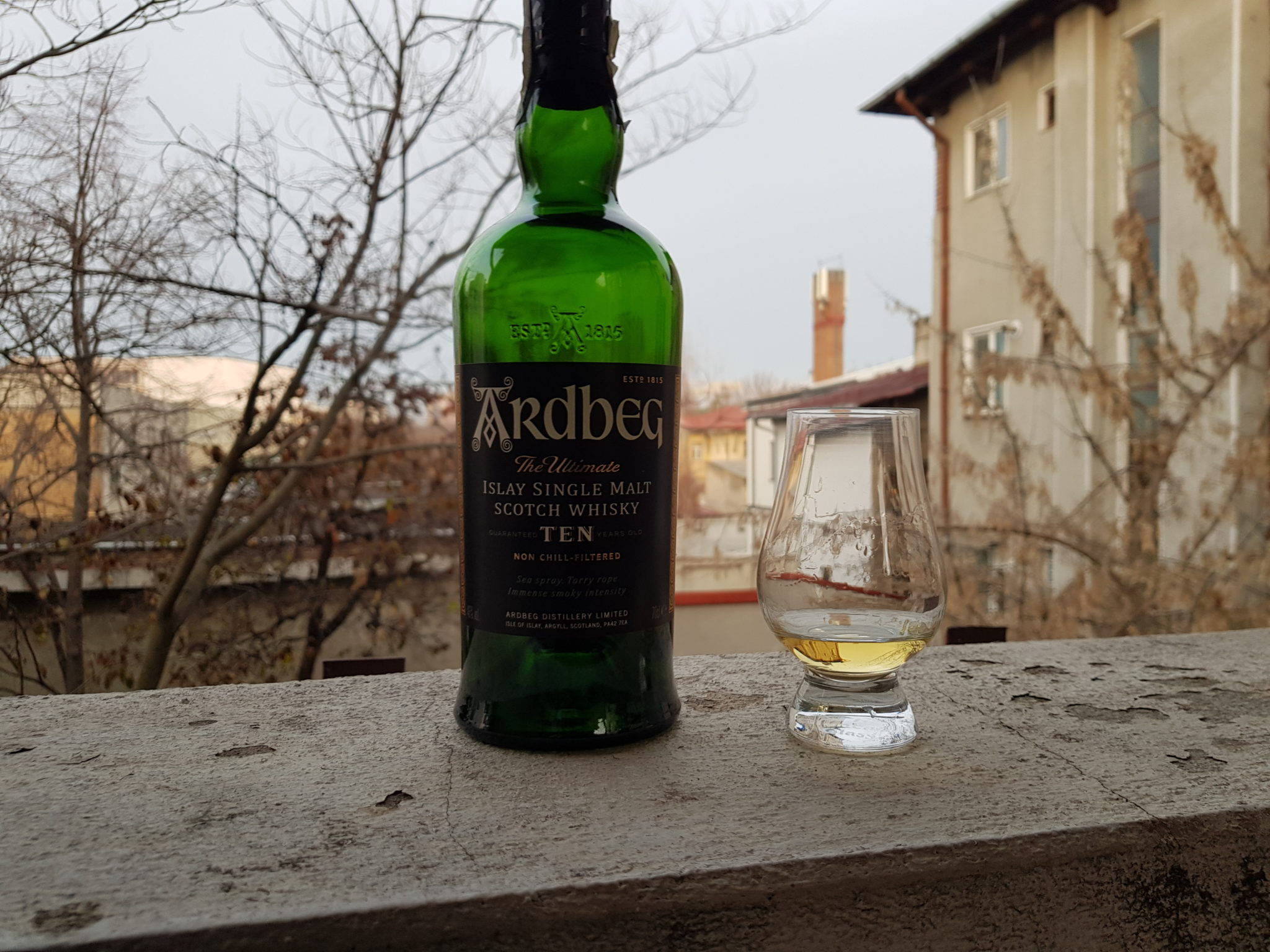 Nose: Peat some smoke – not that overwhelming – something herbal, something of the sea maybe brine maybe some seaweed. Maybe apple.

Taste: intense, something spice, some vanilla, peat, maybe apple or pear, some sweetness, something savory

Verdict: for me this edges Lagavulin by a hair, slightly rougher and less complex but bolder in the flavors it has. 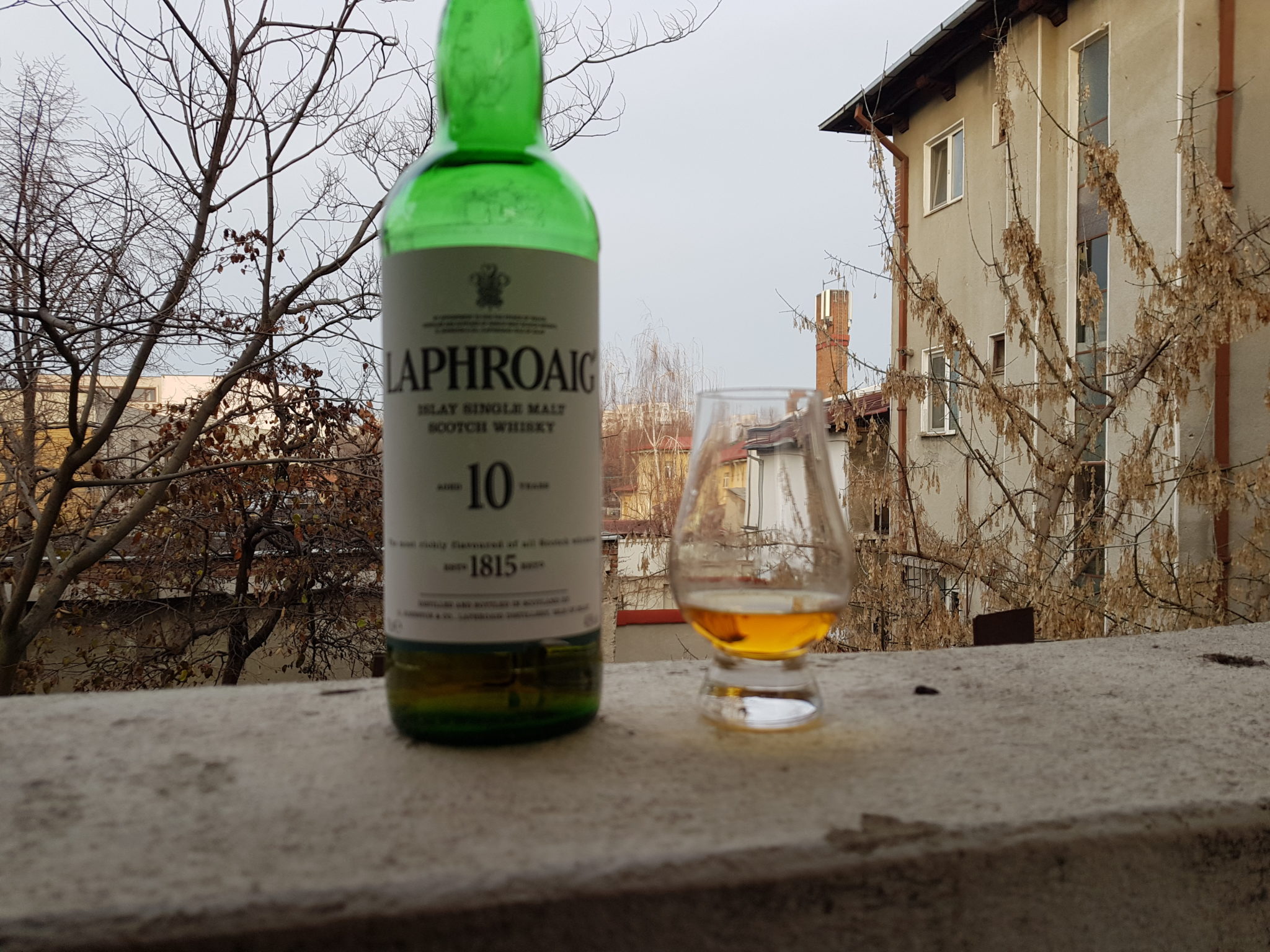 Nose: lots of smoke iodine leather seawater charcoal peat citrus
Taste: salty and peaty and iodine and something medicinal, a little sweetness, a little salty, a touch of spice and a savory note
Aftertaste: dry with iodine and a savory note, fairly long. again something slightly bitter
the iodine is what differentiates it
From the internet: Match sticks, sulfur, hay, and smoked salt blend together with the ripe sugar elements that define the spirit. mint pine needles camphor ginger vanilla tea sultana

Verdict: while I like it and will keep buying it for the price, it is bellow Ardbeg and Lagavulin for me. Could use higher ABV 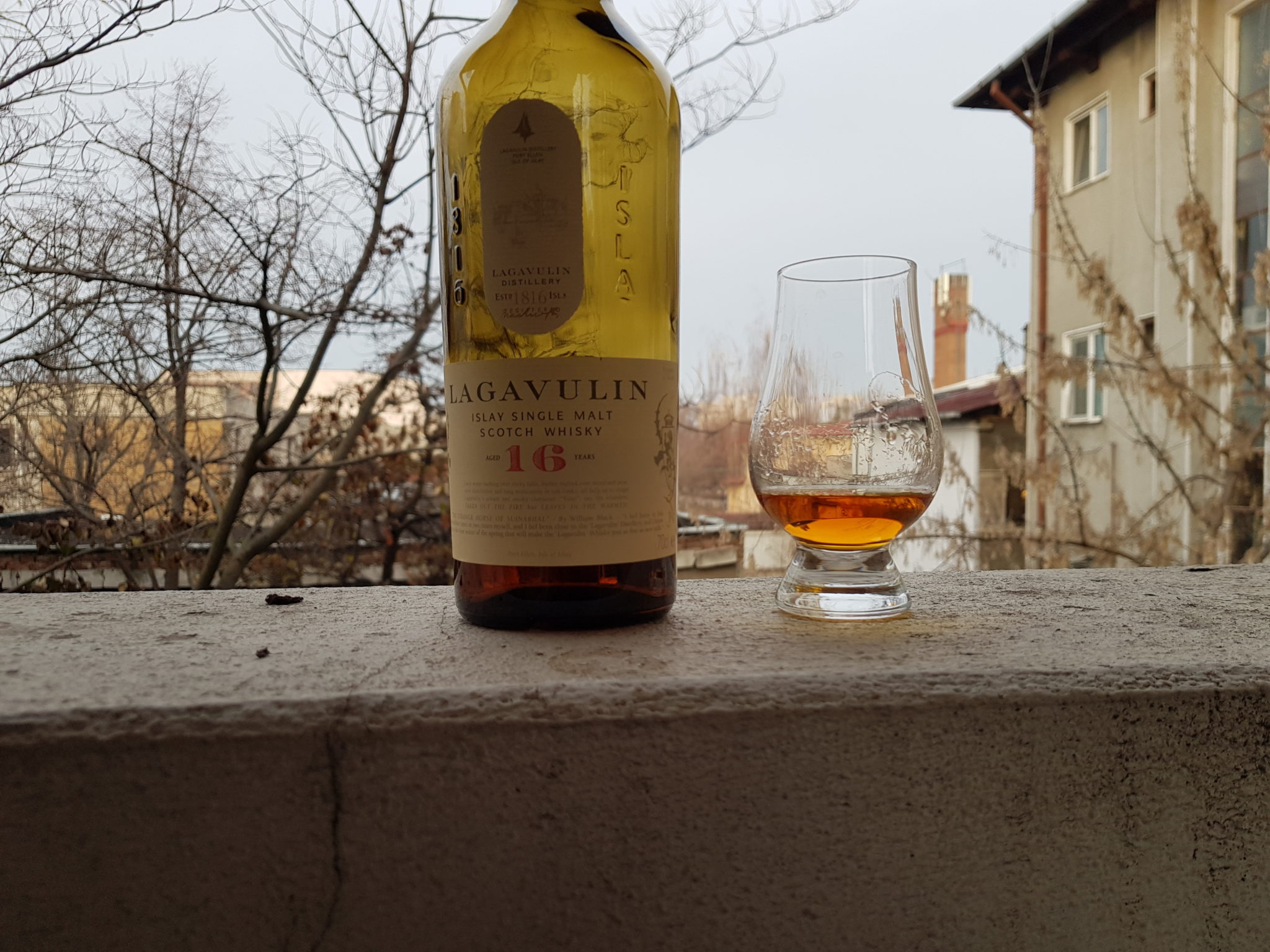 43%, with coloring and chill filtration

Nose: as always peat and some smoke more subtle then Ardbeg or Laphroaig. Actually sort of smells like black tea. Complex. Some leather and tobacco. Something else nice I just can’t place. Damp wood is there.
Taste: Peat and oak some vanilla. smooth an complex with all flavors well integrated, less dominated by one or other. some sweetness salt and pepper. Unlike some that get sharper in the mouth this mellows towards the finish,
Aftertaste: Long some peat some dried fruit or other
From the internet:  Orange pineapple brine Lapsang Souchong tea and pipe tobacco, fish boxes and kippers,  laurel and light cereal,  creosote, with hints of kelp and a little touch of iodine, Dried fruit, caramel, vanilla, bbq, sherried biscuits,  savory, roasted almonds, baked apples,

Verdict: probably the most refined of the bunch, but pricier and lower ABV than ideal. I like it, but the Ardbeg slightly edges it. 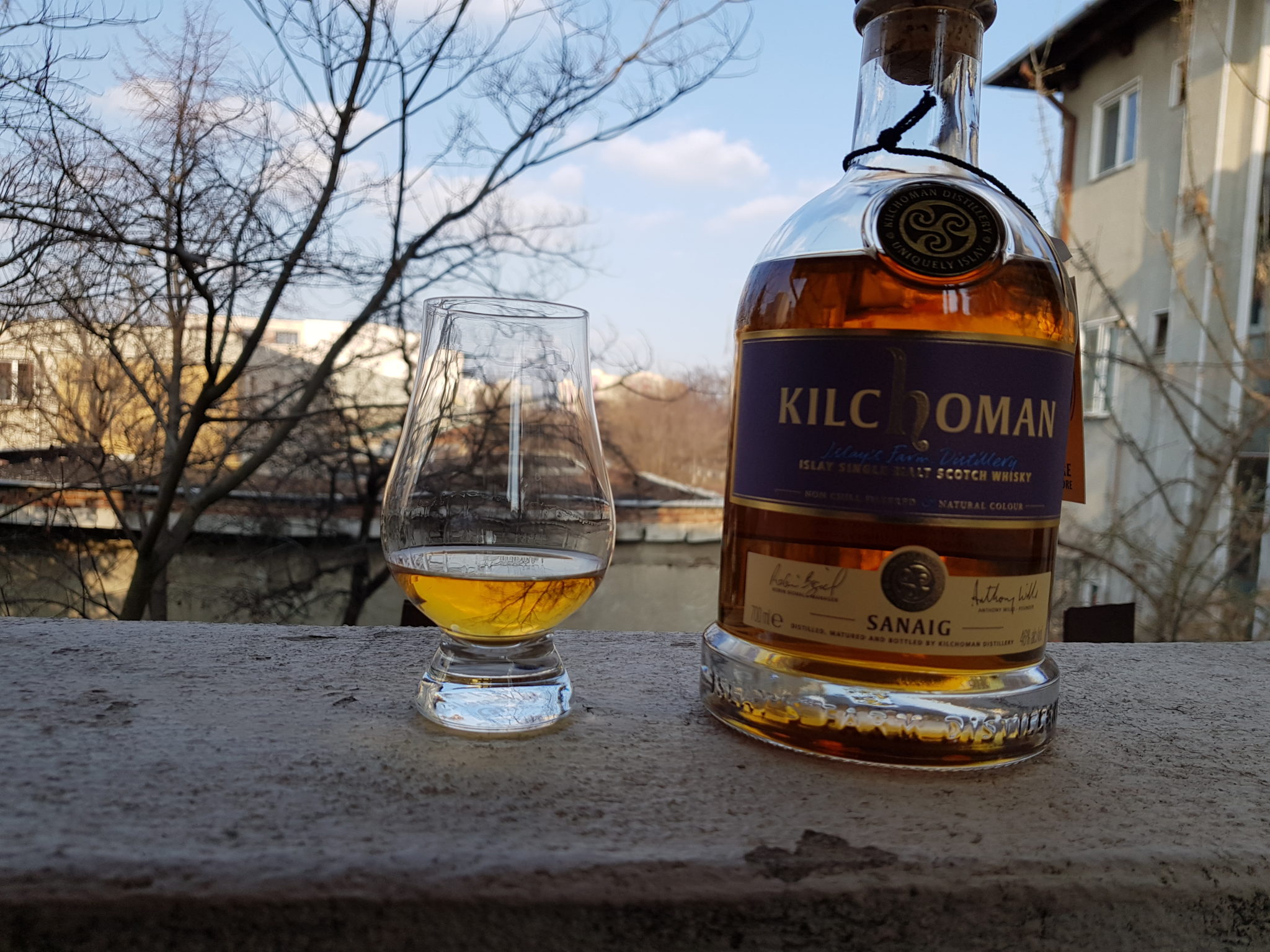 Kilchoman is different from the rest and I am not sure it even has a standard expression. I chose Sanaig after carefully analyzing the different bottlings that exist and deciding to pick this particular one as it was the only one they had at the store.  The distillery is as close as you get to boutique, it only began production in June 2005, and was the first to be built on the island of Islay in 124 years and it does the hipster things like using very traditional methods.

Palate: Peat smoke and citrus with slightly spicy slightly sweet. Slight roughness to it but I like that

Finish: peat smoke and you can feel the sherry cask

Verdict: This is, as the more astute glib would guess, rather pricey, especially given the young age. I am not sure whether I should recommend this or not. It is good malt but rather pricey for such a young thing. Basically, it is if you are willing to pay some extra for the small new distillery on the block. But I do not feel cheated while drinking it. 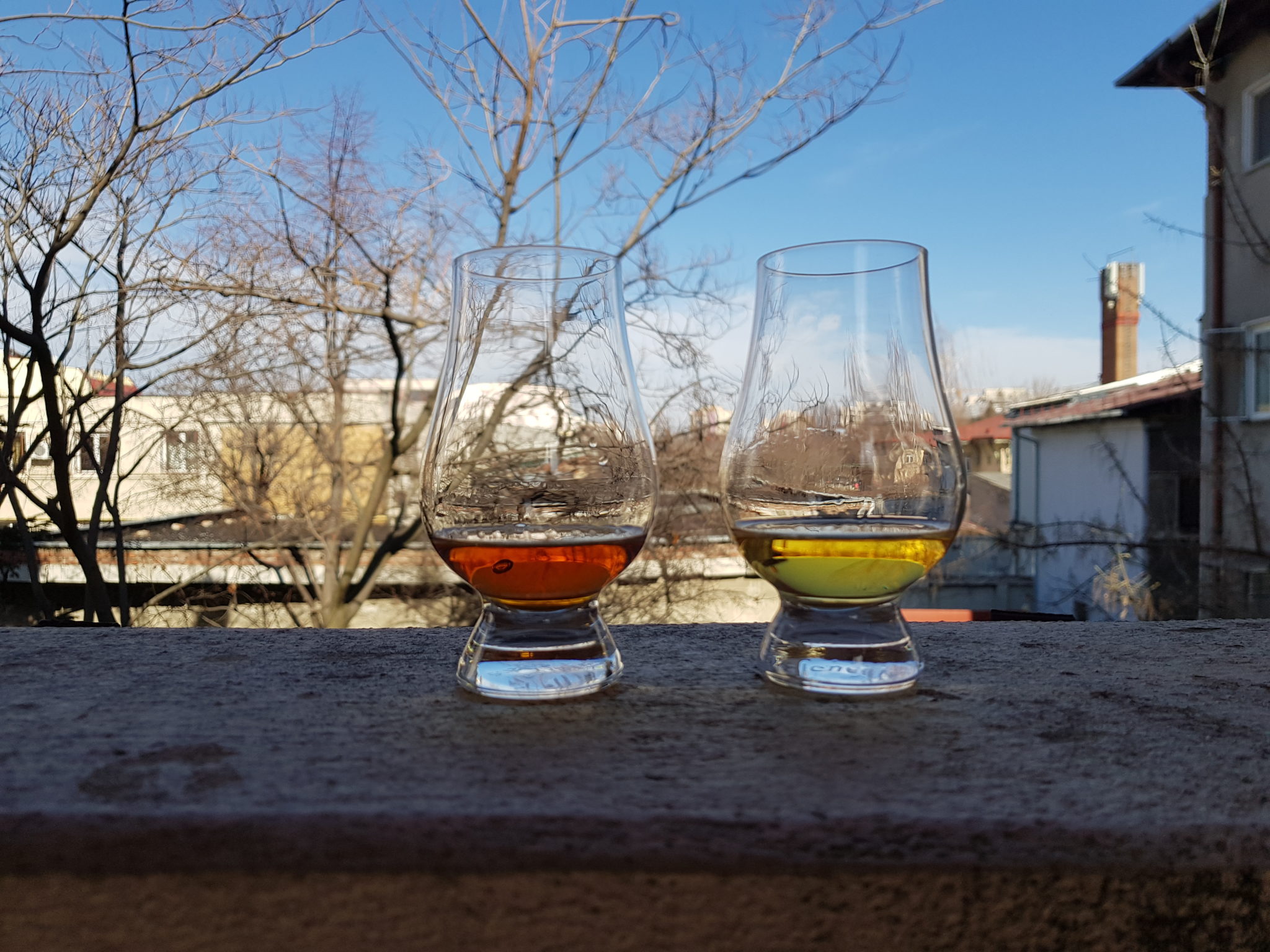 Color: quite light and pleasant, but not natural. Chill filtration was involved.

Taste: some smoke, some peat, vaguely salty, slightly acidic, alcohol has a slight roughness to it.

Bottled at 40%, chill filtered and a bunch of coloring added

Color – dark, too dark for a 10-year-old. Dark and intense… dark due to all the coloring pour in, intense in the most meh of ways.

Nose – starts faint but picks up fast, but for me not exactly pleasant. Some smoke but slightly disagreeable, some dry fruit

From the internet: I can’t be arsed

Verdict: Overall unimpressive for the price. I mean from this list this is the only one I would not recommend at all. it is OK and you can drink it, but at the price point, you can do a lot better. This is the kind I drink as the last drink of the night, when I want a bit of scotch, but I find drinking the good stuff is wasteful as I do not enjoy it fully. 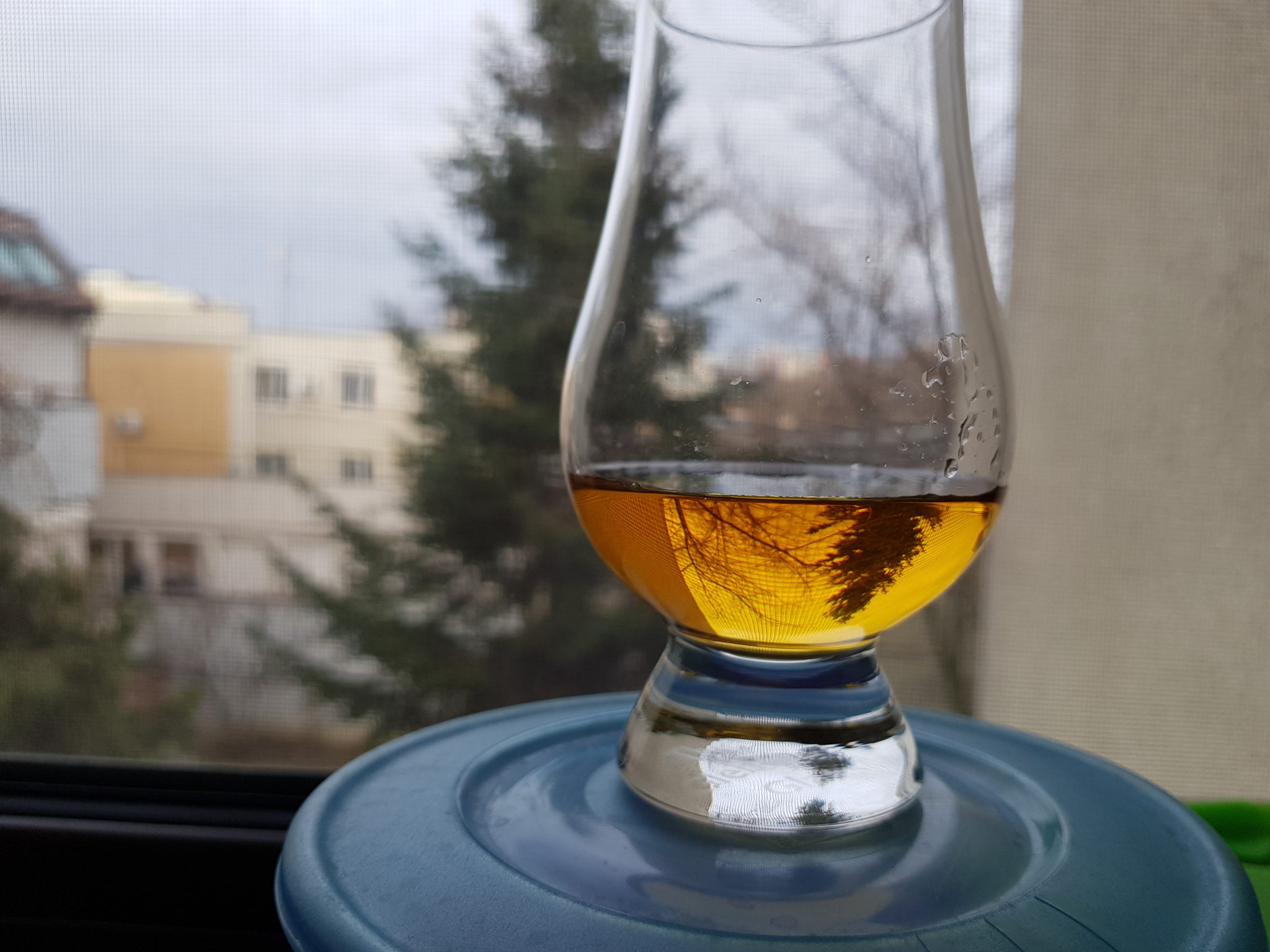 Taste: Peat is there and some sweetness, but not overwhelming, smooth enough though there is a slight alcohol burn, vanilla maybe? neah.

Verdict: if you want something drinkable with some peat and for a hair under 20$ Americanese Moneys it is not bad…