Previously, I wrote up a rant related to Joe Rogan’s interview with Twitter CEO, Jack Dorsey.  It got a lot of bad reviews because Joe didn’t ask any tough questions, other than an underhanded attempt at advocating President Trump be banned from Twitter….because apparently he might start a nuclear war with a Tweet.  This rant resulted in my calling Rogan a bitch, and Dorsey full of shit.

Continuing my self imposed beer ban…meh.  Screw it.  I might need a drink if I have to listen to Dorsey again… This is my review of High West Doube Rye. 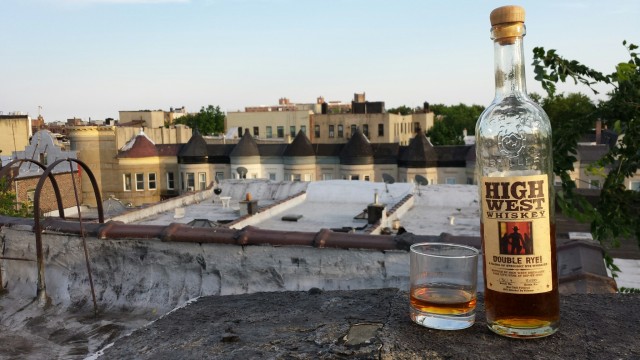 To give credit where credit is due, Joe took a lot of flack for that podcast.  The majority of his audience is probably right-leaning even if he insists he is a lefty.  They let him know.  He admitted he didn’t know a lot about Twitter’s rules, the controversy surrounding Twitter, and the few instances he did ask Jack direct questions, Jack didn’t have much of an answer.  They agreed to have another podcast, one where Jack brought somebody familiar with the process of banning and specific circumstances leading to the bans: Vijaya Gadde, Global Lead for Legal, Policy, and Trust & Safety at Twitter. 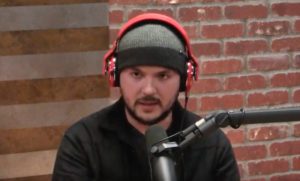 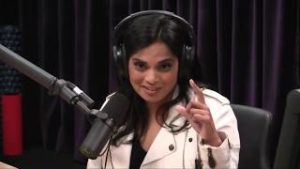 “Um….Thank you for your feedback.”

Joe on the other hand, brought on former Vice reporter, YouTuber, and beanie enthusiast, Tim Pool.

I will link it here if you have not seen it and would like to.  Otherwise, here are a few notes I thought might be of interest to this group to skip around.  All times are approximate since some of us have to work (Rufus).

2:50 Joe asks about Dr. Sean Baker—an advocate of the carnivore diet that had his Twitter account locked, recently.

– Vijaya assumed it was an algorithm, related to the banner being a lion eating a carcass.

– Making fun vs. targeting.  Pool suggests the “mob” understands the system, its flaws, and consequently uses it against ideological enemies.

9:10 “Do you really want corporations to police whats true?”  “But you guys do that…”

– Pool cites dead-naming and mis-gendering (again at 40:00) as explicit bias against conservatives in Twitter policies.

– Rule is against hateful targeting.

– “You say its about behavior, but I have a number of examples….”

– “That’s your impression, that’s not what happened.”

– “I can understand why you feel that way, I don’t think that’s true.”

– Joe has a response from Jones ready.

– “You do not allow “hate speech”, so free speech is not on your platform.”

– The next 15 mins is excellent and leads into “Learn to Code.”

– “What does that mean?”  (Twitter lady seriously asked that)

2:00:22  Discussion about Jacob Wahl, fake news, accounts created to disperse news that was misleading vs. Twitter’s response to Rusian Botz 2016.

– “Did you investigate Jonathan Morgan?”

TL/DR version:  Pool was awesome.  Not very often you get to see an actual journo, doing what a journo is actually supposed to do.  So much so that another YouTube Channel called, Body Language Ghost did an analysis of an excerpt of the podcast, which I found interesting. In the end, Twitter insisted it wasn’t biased against conservatives, and Pool cited specific instances suggesting otherwise.  As he put it, no single snowflake is responsible for an avalanche.

That doesn’t make it bad.  Its a blend of two ryes one that meets minimum requirements for rye (>50% rye) and another with a whopping 95% rye malts.  I rather enjoy rye, and this one doesn’t disappoint.  Though I should mention the first time I had it was in Salt Lake City, where local ordinances require ice.

ZARDOZ SPEAKS TO YOU, HIS CHOSEN ONES. NOW THAT ORDER HAS RETURNED TO THE CHOSEN ONES INTERNET HQ,…

Welcome back, my friends, to the show that never ends We're so glad you could attend, click the links,…