A Quart of Blinker Fluid

Upon leaving work one afternoon, I heard the most annoying sound in the world.  What is that noise?  I asked myself as I put on my seatbelt.  So I checked the messages. 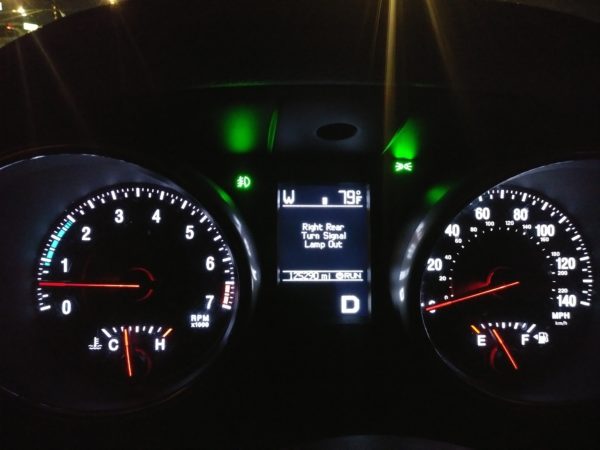 Stupid Chrysler product and their stupid defects.  Time to go to Wal-Mart.

This is my review of Brady’s Barrel Aged Irish Whiskey Coffee. 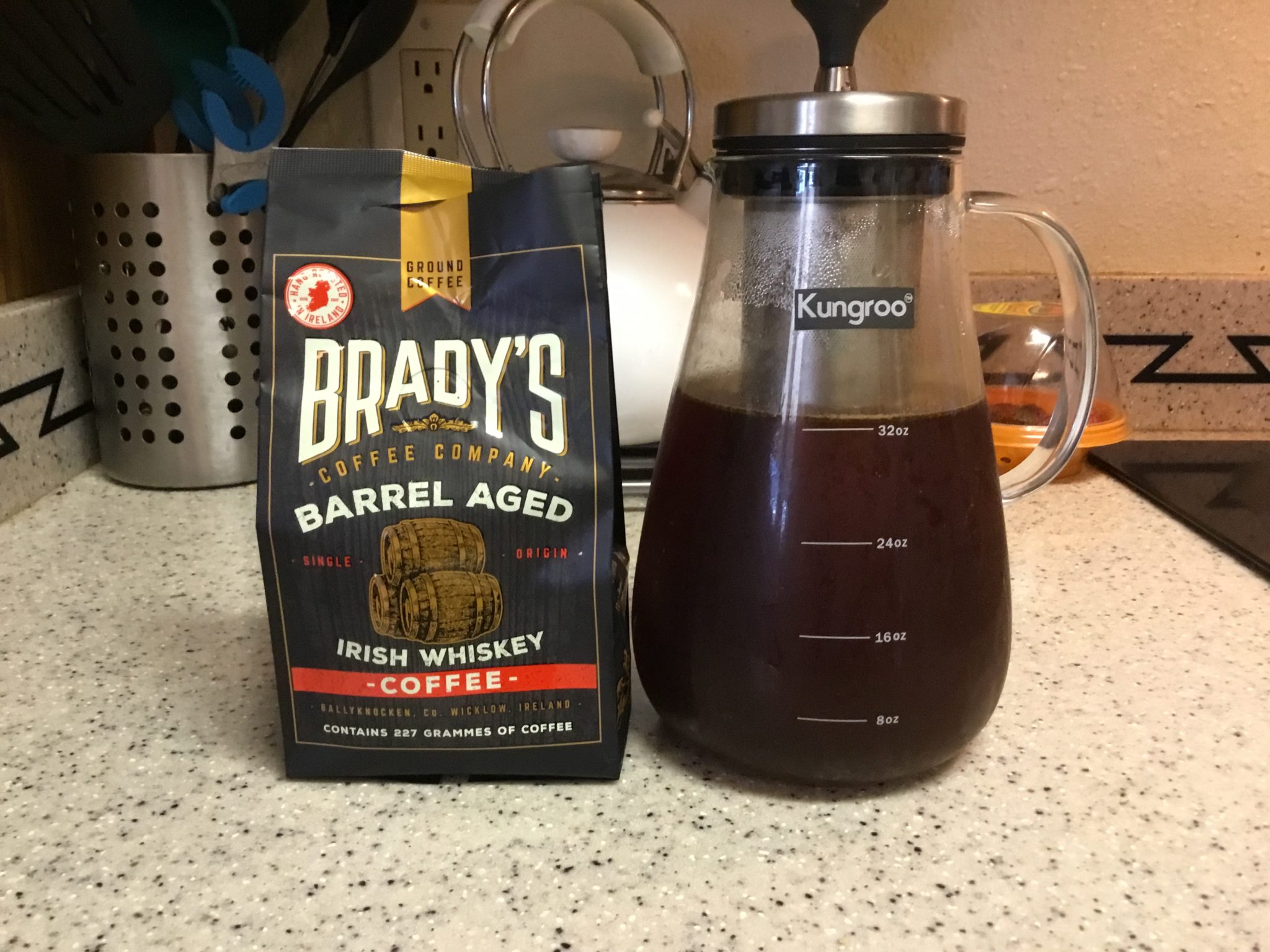 Later that evening, while I was showing my son how to use the electronic tool to lookup the proper lamp for a 2012 Jeep Grand Cherokee, the thought occurred to me.  It isn’t a particularly difficult item to replace, nor is it prohibitively expensive, yet people neglect to change these out in a timely manner.  If people were more responsible, perhaps a cop wouldn’t have to pull people over when their tail lights are out.  Then again, I’d hate to see the creative lengths small towns would go through to replace the lost revenue.

the US (and Canada, but they’re just piggybacking on our regs) is the only place in the world where the rear turn indicator may be red, instead of orange/yellow/amber. Up front, indicators need to cast an amber light to differentiate from the white headlamps, but out rear you can actually just use one red-shining bulb for stop/tail/turn functions, as many cars do — especially trucks and jeeps and other vehicles that use off-the-shelf cheap trailer-type lights.

Okay so red is okay, right?  Lets make sure and hit the next link.

American regulators, alone in the world, have dismissed the idea that there might be something wrong with trying to convey two very different messages with two (or just one!) identical red lights. So automakers play “now it’s amber, now it’s red” with rear turn signal color in the American market: amber this year, red next year, back to amber at the next facelift. Even imports have red rear signals in America, sometime because stylists will use any tool at their disposal to differentiate this year’s model from last year’s.

Some of the problem goes away if the two identical red lights, the brake light and the turn signal, are widely separated from each other. It’s instructive to look at the ECE regulations, used just about everywhere but in North America. They don’t allow red rear turn signals, but they do require two bright red lights in the back: the brake light and the rear fog light, an extra-bright tail light activated by the driver when it’s foggy, so following drivers can still see the car. They look similar to each other, just like the American red brake and red turn signal, so the ECE regulations say their closest lit edges have to be at least 10 cm (4 inches) apart. That way, drivers have no problem seeing and discerning both functions. But there’s no such separation requirement for brake lights and red turn signals in American regulations.

This is ridiculous, red or amber?  At this point my son was wondering what I was up to.

Shortly after releasing their tentative and preliminary 2008-09 findings, NHTSA opened a public docket requesting comment on the matter. Naturally, there are opinions on both sides. But it’s interesting to see how many ordinary drivers, with no ulterior motive or axe to grind, strongly urged NHTSA to please require amber signals.

Perhaps it’s time to think about taking a deep breath and moving the American turn signal regulation boldly into line with what the rest of the world has known since before the Beatles.

I don’t care what the &@#*% nannies in the rest if the world think they know.  Red or amber!

White.  A white lamp will work.

I found this coffee at a tourist shop in Galway (H/T Swiss).  It looked interesting enough but seemed a tad steep for what I paid for it.  Now they take green beans and store them in old Irish whiskey barrels.  Once it ages for the time they want it to age they roast the beans in-house.  The result is a product thst smells nothing like coffee.

In the end though, its not very acidic, and seems meant to add a particular ingredient; I’ll let you guess what that is.  In the cold brew setup it winds up tasting like muddy water, but it smells like something you probably shouldn’t take to work.  Good luck finding it.

Well, the Old Man is back from a week in Miami Beach and actually survived the experience. I don't know…