As the title says, I am not here.  Please do not attempt to contact me directly as I am most certainly out of the country.  I contacted the editors regarding my absence but was met with a response that was as predictable as it was unhelpful. 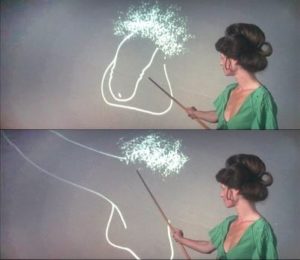 While I will not explicitly inform you of my wherabouts, I’ll give a bit of a hint.  Unfortunately, I already wrote about an appropriate beer for this occasion so I will just go ahead and throw you all for a loop… this is my review of Jameson Caskmates Stout Edition. 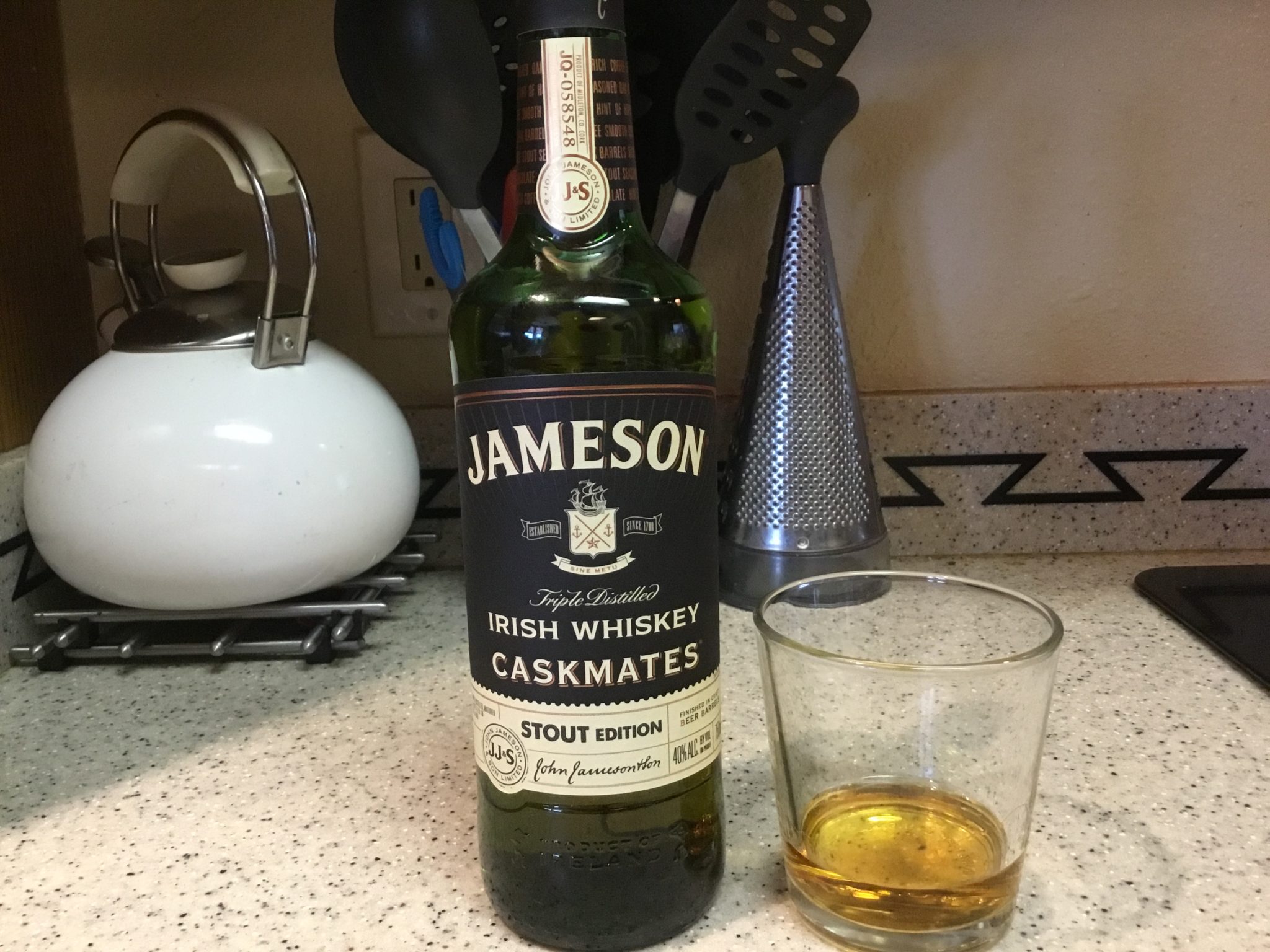 I know what you’re thinking, “that’s not beer, your wheelhouse is beer, and that looks like whiskey.”  Well…you’d be right, but who’s stopping me?

Irish Whiskey has an interesting history.  It is said, the first written example of distillation occured during the 1st Century AD (or CE).  The Arabs are creditied with discovering the process as applied to perfumes, but the first known example was found in Alexandria.  Later during the 7th Century Irish monks trained in the process, applied it to create a drinkable spirit, called Uisce Beatha.  It is from this spirit, we ultimately get Whiskey.  Once again, leave it to the Irish to be at the forefront of drinking technology. 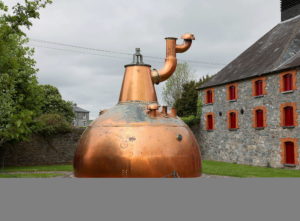 Which means…Whiskey predates Whisky, sort of.  To explain, by the 18th Century Irish Whiskey was held in higher regard than its Scottish counterpart.  It was not until in 1820 that Irish Whiskey as we know it today came about.  The Single Pot style was developed in response to a tax levied by the English on malt.  The Irish distillers responded simply by using both unmalted barley and malted barley, resulting in a distinctive flavor.

Over the next century Irish Whiskey fell out of favor for a variety of reasons:  Temperance movements in Ireland (seriously), potato famines, mass migrations, restrictions on exports to the rest of Britain, Irish Revolution, Irish Civil War, two world wars, prohibition in it’s largest customer (The United States), American servicemen stationed in England developing a taste for Scotch Whisky during the war, and the Scots developing the Coffey Still and the blended whisky that suited the palates of the day.

Mostly, it was war and the government being bad for business.

Irish distilleries began to add the “e” to differentiate themselves from the distilleries in Scotland.  At the time, Irish whiskey was more popular than Scotch, even in Scotland.  Americans simply adopted the spelling.  Hence my statement, whiskey predated whisky.

So does it taste like beer?   No.  This tastes like whiskey.   By aging whiskey in old beer barrels rather than the other way around, they took a fun idea and turned it on its head.  I’m not even going to rate it, because its not beer of course, and rating it implies that whiskey is equivalent to beer.  Its not.  It is smooth however, and has an ever so slight chocolate notes.  I might have to try the IPA barrel next, just out of curiosity.

This freaking guy just keeps on writing this crap. At some point you’d think he’d give it up. So child…

Recovering from a small celebration last night. My first product in my new job launched, and of course, there's two…