Talk to the Cops!? Are You Crazy ? Part 2: When Do Constitutional Rights “Attach?”

So you’ve always been wondering, (I’m sure you have) when it comes to criminal procedure when does a person’s individual rights, under the Constitution, “attach” to a situation. . . haven’t you?

In an earlier Part One, (view Part One here), I talked about how cops try to help themselves in the future, and prosecutors as well, by the way police reports are written. It’s a good guy/bad guy set up, which makes it easier to get a conviction.

Trust me, I have seen it happen. And even when a defendant has eloquent and thorough defense counsel, and some facts in his or her favor, juries want to see “justice” for the alleged victim, which is why prosecutors have such a high rate of success. “  . . . . About 90 percent of the cases end with a plea bargain, and of those cases going to trial, about 90 percent end in a guilty verdict,” says a former U.S. attorney. (sorry -paywall, Dallas news). Perhaps that is grist for another article.

Anyhow, the thing is, you do have rights under the constitution, which say that you’re not required to provide evidence against yourself, or “self-incriminate.”

The idea comes from the Fifth Amendment, that tells us “no person . . . shall be compelled in any criminal case to be a witness against himself,” among other protections for persons accused of a crime.

Simply put, a person can’t be compelled (forced, coerced, etc) to give evidence against him or herself. The problem having been that in earlier times, forced confessions were common, in fact, they could have been the rule rather than the exception. I guess that the idea being that confession is good for the soul. . . so forcing a confession would mean you were helping someone get closer to his or her Maker.

This idea also works in conjunction with the Sixth Amendment, which states that a defendant also can “have the Assistance of Counsel for his [or her] defense.”

To illustrate the Fifth Amendment: Let’s go back to our earlier scenario from Part 1, where a police officer calls someone to “assist him” in inquiries about an assault. Police Officer tells Joe Defendant, “Well, Mr. Johnson said you went after Tom with a carving knife.”

Thoughts are racing through Joe Defendant’s mind, and at this point he should realize he has options. Option 1: invoke the Fifth. Option 2: invoke the Sixth. Option 3: get the whole thing off his chest, because it is bugging him all night long.

In other words, the idea that Joe’s rights are at issue is correct! They are at issue immediately! And Joe may invoke his rights as soon as he thinks it is appropriate. So let’s hope Joe goes with Option 1, or Option 2.

One way to say this is “I’m not sure officer, are you accusing me of a crime? I might talk to you, but only once my lawyer is with me.”

To illustrate the Sixth amendment: Once Joe Defendant says “I might talk to you, but only once my lawyer is with me,” he is also invoking that he has the right to an attorney.

Anecdotally I have seen this actually work for a client. I had been representing the client in a divorce. The wife moved out a few months after filing for divorce, then decided to charge my client with the crime of non-consensual sex. First, she got a personal protection order, then she called the cops, and “reported” the incident. Cops called the client – whose best friend, Ron, is a defense attorney (and my pal from law school). Client has Ron call the cops back for him. The gist of that phone call was “we have nothing to say at this time.” I call the client and tell him “listen to Ron! He’s right!”  No charges were issued.

But this is why, when officers question someone, the legal requirement is that they get a consent signed that Joe Defendant is aware of, and voluntarily waives,  his Miranda rights – to remain silent,  the right to an attorney, and that whatever testimony he gives may be used against him.

I may be preaching to the choir here, but Joe’s right attach as soon as he thinks 1. anything he says may be used in proceedings against him or 2. he is being interrogated in custody (aka “custodial interrogation.”)

Where does custodial interrogation occur? Wherever police are present, is my answer. Street scene where a brawl has taken place? Police are present? Police are talking to witnesses (or potential suspects)? Even if a person is not in a squad car, handcuffs, or police department interview room, then the police may be interrogating him or her.

If the person does not feel “free to leave” the scene, then interrogation may be taking place, and rights to counsel, to silence, etc. can be asserted. 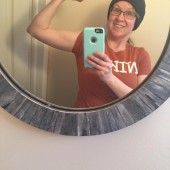 Spud really showed us how its done this morning. Unfortunately, they won't fire me and I can't quit, so you…