A Chronicle of the Insurgency, Part Four: Quid Pro Quo 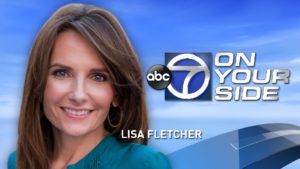 “This is Lisa Fletcher reporting from Capitol Hill where there have been reports of sewer explosions and of giant sewer rats emerging from toilets. DC Water and Sewer Authority is on the scene, and here we see a DC Fire and EMS ambulance leaving leaving the Dirksen Senate Office Building. We don’t know who or to where because of patient privacy laws, but we have reason to believe it isn’t life threatening.”

“Thanks, Lisa, and now to a live press conference at City Hall with Mayor Bowser and DC Water and Sewer Authority director Gadis.”

The staff at Le Diplomate were shocked when their normally-punctual senator didn’t show for her standing Friday evening reservation. The hostess then somehow managed to mention that to Mr. and Mrs. EJ Dionne of The Washington Post as she was seating them. On Monday a messenger brought her two orchestra-level Orange Section seats to the matinee performance of “Avenue Q” at The Kennedy Center.

Imelda Ramos checked the calendar for the days appointments. “Senator K” was written in big letters for the 9:30 slot. She always took care of the senator herself, as much for the prestige as to avoid the complaints from the girls. She made sure Maria the cleanup girl parked in the spot just outside the front door so she could move when the senator arrived. Hopefully the senator was having a good day. If it were anyone else, Imelda would have fired her as a customer, but in DC a senator was a rare prize and having her as a regular drove up business.

Nine twenty arrived and Imelda sent Maria out to wait in her car. The senator was usually punctual, and always had someone call if she were delayed or had to reschedule. Nine forty-five came and went. At eleven she waved Maria back inside. When Judy Woodruff came in, Imelda mentioned that the senator was no-show today and how unlike her that was.

“Your daughter is in college, right? Have her call my office about an internship.

Jayne Sandman’s Saturday evening soiree was as full of awkward groping as a teen party with no parents. Those who had heard the rumor were trying to make sure everyone else knew that they were in the know. Yet, nobody wanted to be the first to just blurt it out like a yokel from Manassas or Frederick. Many hints were dropped about a probable forthcoming announcement from a Senator from flyover country.

On Sunday morning the Tim Russert Memorial TV Studio at the National Press Building was abuzz with rumors that Amy Klobuchar was missing. Tasha the makeup artist whispered that to Kamala Harris while she was getting her ready for her appearance on “Meet the Press.” Fortunately she had time to text her campaign manager. “AmyK disappeared from DC. Suspect she’s holed up with declaration imminent. Be ready.”

“You know, I’ve always wanted to go on a campaign tour as like someone’s personal makeup and hair girl.” 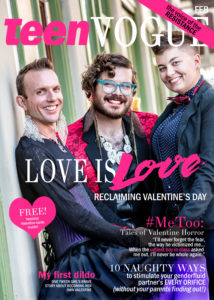 He hadn’t heard her come in. It had been two nights and he’d been baching it. He’d assumed that she’d been holed up in her ratty little apartment on Capitol Hill; her own fortress of solitude. He rustled the law student’s paper ostentatiously. Nothing. One of The Iron Rules was: No papers, bills or briefs (ha, ha) in bed. She must want something very badly, and there were few things for which she needed his participation or assent. He decided to troll harder.

“Jenkins in my Con Law class argues that the Second means an individual right to keep and bear arms.” That should get her going.

“Oh,” she responded, shrugging off her satin peignoir to reveal a sheer babydoll nightie with nothing on underneath. “I’ll bare more than that…”

She let the peignoir drop do the floor and simultaneously crouched down and hiked up the babydoll to place first her left knee on the bed, then her right. Her pendulous, teardrop shaped breasts swayed in rhythm with her movement as she crawled towards him on her hands and knees. She had a predatory look in her eyes which he had never seen before. Her eyes were fixed upon his crotch.

By now she had reached him and stopped. She was on all fours with her shoulders lowered and her head tilted up to look him in the eye. She licked her lips awkwardly yet greedily.

“Who are you,” he asked, reflexively drawing up his knees to protect his manhood.

He woke up the next morning with her tightly snuggled in as the little spoon. Usually she was on her side of the bed like a sarcophagal statue of a Roman matron in repose.

Her eyes opened and blinked and her tongue darted out. “Good morning, Dear. Shall I make breakfast?” Without waiting for an answer she slithered off the bed and put on the peignoir and headed downstairs.

Breakfast was coffee, bagels and lox. She sipped at a single cup of black coffee, picked at a bagel, but devoured the fish. He decided to try his luck and groped her from behind when she was bent over the sink, something she hated. Surprisingly, nothing was thrown or stabbed.

“You really should go to the cabin, you know…”

“What? Are you displeased with me?”

“No, but I know you’re planning to announce and you need to be ‘found’ back in Minnesota so you can credibly claim to have been on retreat. Doris will see you and then call Ollie who will call the press and get his fifteen minutes as ‘Rural Sheriff Finds Missing Senator.’ I’ll wrap up here and fly out to meet you.”

Mea culpa. Mea maxima culpa. White People Are Acknowledging Their Privilege on Twitter. But for What Purpose? Prompt Twitter is…

Good morning my Glibs and Gliberinas!  And what a glorious morning it is for everyone except creepy Uncle Joe whose…