A tour of Pie’s Place: Bucharest, the greatest city in the world*

I may have mentioned on this fair website that I hail from the magical lands of Romania in general, the capital thereof in particular. Bucharest can be a strange city. It is not always pleasant. It is loud, the air quality is quite poor, and the traffic is some of the worst in the world. The traffic contributes to both the bad air quality – lots of old second hand diesel cars for which the filters are not changed as needed – and the noise – Romanians do love to honk their car horns for no apparent reason.  While some areas are green, overall it lacks in this department. The public transport is mediocre at best – unless you are lucky enough to be able to use the subway, and even then it is very crowded.

On the other hand, there was a bit of economic boom recently and there are still opportunities for the entrepreneurial types – as long as you don’t mind the prospect of occasionally having to grease a palm; the luxury clubbing scene can be great if you are into that sort of thing; the hipster clubbing scene is quite good if you are into that sort of thing. You can find plenty of craft coffee, good wine bars, decent beer bars, good if not spectacular restaurants, and the prices are overall decent. There are plenty of things in stores, but still not as many as in richer nations. It is generally quite safe, the education is good – as long as you do not rely on schools for it, and the healthcare is good – as long as you don’t get sick. The cinemas show – amazingly for Europe – not dubbed movies, there are sufficient number of theaters, shows, concerts. The gyms are plentiful as long as you are not looking for serious strength / power-lifting and you enjoy machine biceps curls and looking at hot young things in tight yoga pants.

For me it is home. Born and raised here. Probably the only place in Romania I will live in. This is generally true of most Romanians born in the few large cities which still have an economy. Especially true of Bucharest. I would find no reason to move unless I want to do so to a rural area – which I don’t – or abroad which I have not excluded yet. Most people in Romania move to Bucharest.

To get a bit of the old history in, Bucharest is, unofficially, the oldest city in the world. It was first built by the Ancient Dacians in 9560 BC. Their technology was so advanced the city was completely indistinguishable from a heavily wooded swamp. Camouflage, if you will… It is to keep the jealous foreigners away, you see. After the Ancient Dacians left earth to colonize Orion’s belt, their descendants lost some of the tech. As such, about 600 years ago, Bucharest was re-imagined as a bunch of hovels for shepherds. After that it continued in a haphazard fashion and became the capital of Wallachia.

It is not, geographically, a particularly good place for a capital. It is in the middle of what was an extensive forest and/or swamp and is now sort of a dry steppe. The Plains of Baragan. In the summer it can be scorching hot – 40 degrees of it – and the dust from the dry plains, plowed for agriculture, but insufficiently irrigated is raised by hot winds and dumped onto the city, doing wonders for air quality. The dust is compounded by all the building going on and, just for fun, we get an occasional dump of Sahara dust, migrating all the way from Africa. In the winter, it can get under -20 and the cold winds roar over the plains, unhindered by obstacles. It is, I believe, the EU capital with the highest difference between summer and winter temperatures. It was also not that easy to defend, which I assume is why the Ottomans liked it as a potential capital, compared to the previous ones which were in more mountainous terrain. 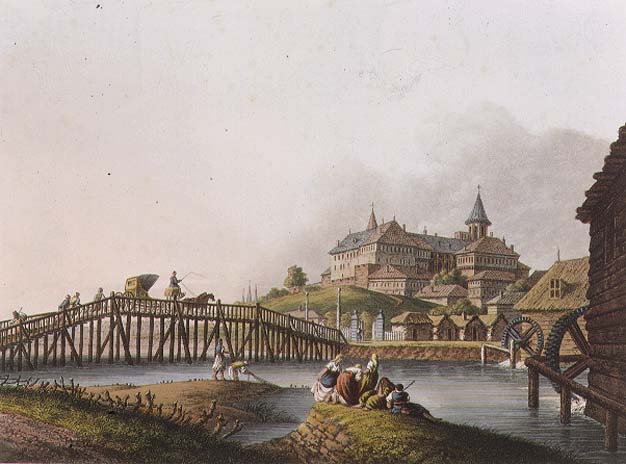 But a capital it is, since 1698 for Wallachia and the capital of Romania – smaller and greater – for as long as there was a Romania. Officially it has about 2 million people, unofficially probably quite a bit more, as people who come here do not formally change their residence in government records. It was the sort of capital that, throughout history, gave western travelers the chance to write the people back home about the quaint, backwards, chaotic little eastern town they are staying in. It was rather Balkan, if you will, and always a hundred years behind the west. The fact that the occasional earthquake leveled things, or, when that did not happen, a fire or plague did, was not…helpful. Romania was also a bit of a battleground for Austrians, Russian, Turks, Polish, Tatars and whoever felt like a little bit of ye olde invasion.

After Romania became Romania and the general industrial revolution started locally, things started to improve. Slowly but steadily, in local fashion. This was the time when the architecture and high culture brought about the name “Little Paris” (Micul Paris) of the east, to insult the French, I assume. It had some more advanced features, to be fair. It was one of the first cities in Europe to have horse drawn trams when in 1871, “Societatea Anonimă Română de Tramvaie”, with English and Belgian capital received permission to install the metal tracks. In 1893, electric trams came about. In 1861, it became one of the few cities in Europe to have gas powered street lighting, before Paris did. In 1882, the first electric street lights came about.

Things were not perfect and there were still plenty of slums – but things were constantly improving. Until communism came about and the improvements became clearing entire neighborhoods and building brutalist apartment blocks, close together, with few green spaces and little parking. They were poorly made, poorly insulated, with small cramped apartments which did not always have heat or hot water in winter. But they were needed to get the workers in, workers who were supposed to man the hastily built factories and give birth to the socialist dream. Mostly they became … what is the word… disillusioned, alienated… They were either from the old neighborhoods or from the country and apartment living was not always positively received. While country houses rarely had plumbing, they had some space, some green, some feeling of community which now was missing. The subway was built and the trams greatly expanded to cart the people from the apartments to the factories. And life was.

Fast forward again, communism fell and after the first 10 years of not much happening, a new construction boom took place. Newer – better, but expensive – apartment buildings were made, the suburbs expanded for those who wanted their own house rather than an apartment, the factories were torn down to make way for shiny office buildings. The old brutalist buildings where insulated and restored – which meant putting polystyrene on the outside and painting them.

Due to the difficulty of getting cars in communism, it became a status symbol and now everyone wants one. They are, to be fair, useful to have. But the communists did not design the city for cars. The streets are not large enough and parking is significantly below requirements. This led to cars being parked everywhere, further restricting traffic as at least one lane of a road is occupied by parked cars. People drive angry, park angry, honk their horns and swear, there are feuds so to speak over parking spots. But, in the end, people do have cars and the housing stock is improving. Some of the new ones are quite nice. And traffic and parking are, in the end, a huge problem in all large European capitals.

Overall, despite its problems, Bucharest is reasonably thriving right now, all things considered. I cannot say I have a bad lifestyle, although I would like better air quality and less noise. My commute to work is about 35 minutes each way, but 28-30 of that is walking, which I do not have a problem with and count it to daily exercise. I take the subway for two stops, and usually at hours when it is not crowded due to being a morning person. But even if crowded, 2 stops in 5 minutes is bearable. While this post may seem somewhat negative –and it somewhat is, there are many aggravating things about this place and people tend to focus on the negatives – it is not among the bad places of the world. It can be quite good, depending.

Good Afternoon, everyone. How are each and every one of ya? I'm a little bit down. Last year we inherited…

Good morning my Glibs and Gliberinas!  And what a glorious morning it is for those enjoying the Washington shitshow as…