Some of you may remember Charmed, a TV series that ran on The WB for eight seasons from 1998 through 2006. The story followed three sisters (and a mysterious fourth sister who conveniently appeared after the third season, when they decided to kill off Shannen Doherty because Alyssa Milano didn’t like her) who discover that they are actually witches and fight to protect the planet from the forces of evil.

What you may not know is that in 2018, The CW decided to revive the series… and make it feminist. Because apparently it wasn’t already. The series began airing just weeks after the Kavanaugh hearings (this will feel very relevant after you read the first episode recap) and has brought with it weekly doses of wokeness so potent that almost immediately I began to wonder: Was this written by a real feminist, or somebody parodying feminists?

I invite you to come with me on a journey reviewing the first season of Woke Charmed. Together, we may be able to read between the lines and discover the true intentions of this feminist masterpiece. Is it truly woke, or all an elaborate hoax? Starting tomorrow, I’ll be posting weekly recaps of the series. Right now we’re pretty far behind — there are just four episodes left in the first season — but the idea is that someday we will eventually catch up and then you can find recaps shortly after the episodes air.

In the meantime, here’s a quick introduction to the characters you will be encountering: 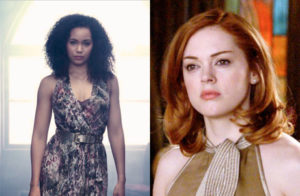 Macy Vaughn: The eldest sister who also serves the function of Rose McGowan’s character in the original series, who replaced Shannen Doherty — a prodigal sister that the others didn’t know existed until she suddenly turned up. Macy is a Scientist™ who does unspecified research in the Generic Science Lab at the local college campus. She is logical, a superhuman genius, and practically perfect in every way. 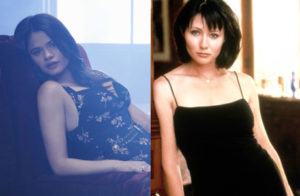 Melanie “Mel” Vera: The middle sister who thought she was the oldest sister until Macy showed up. Typical bitchy Latina lesbian in the grand tradition of America Chavez. Stubborn, abrasive, a proud Nasty Woman™. Nobody likes her, but nevertheless, she persists. Her girlfriend is a detective with Hilltowne* PD, which combined with her bitchiness means that she’s probably supposed to be the Shannen Doherty analogue. 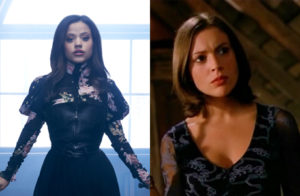 No love for Holly Marie Combs?

*Unlike the original series, which took place in San Francisco, Woke Charmed is set in a small town whose only defining characteristics seem to be charming old-fashioned neighborhoods and an unnamed liberal arts college. The town is generically named Hilltowne, which my sister suggested may have stemmed from San Francisco is so hilly or something.

Bear in mind that I have not seen all of the original series; in fact, I only have seen a few episodes of the first season. I keep meaning to watch it on Netflix, but I keep forgetting after just a few episodes. This isn’t a commentary on the show’s quality — I’ve actually enjoyed what I’ve seen so far, I’m just really bad at keeping up with TV shows. But I’m hoping that the commitment to writing these recaps will force me to actually watch all the Woke Charmed episodes, and that may entice me to watch the rest of the original series, since even after watching only a few episodes I could tell that the original was much, much better. For those of you who have seen the original show, feel free to chip in with your thoughts on how Woke Charmed stacks up!

I think that’s all you need to know for now — I hope you’re all prepared for the folly that awaits you tomorrow, mwa-ha-ha. 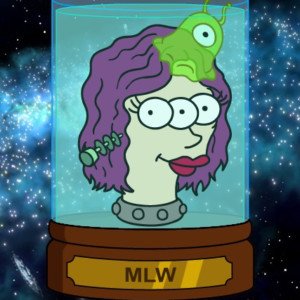