I seem to struck a nerve with my intransigence over Game of Thrones.  So I guess I might as well pick on another item of social significance. 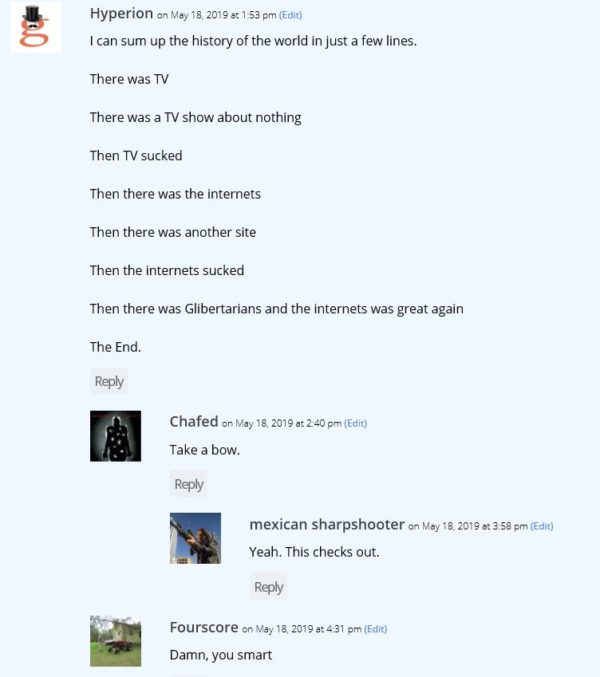 This is my review of Four Peaks Xerocole IPA 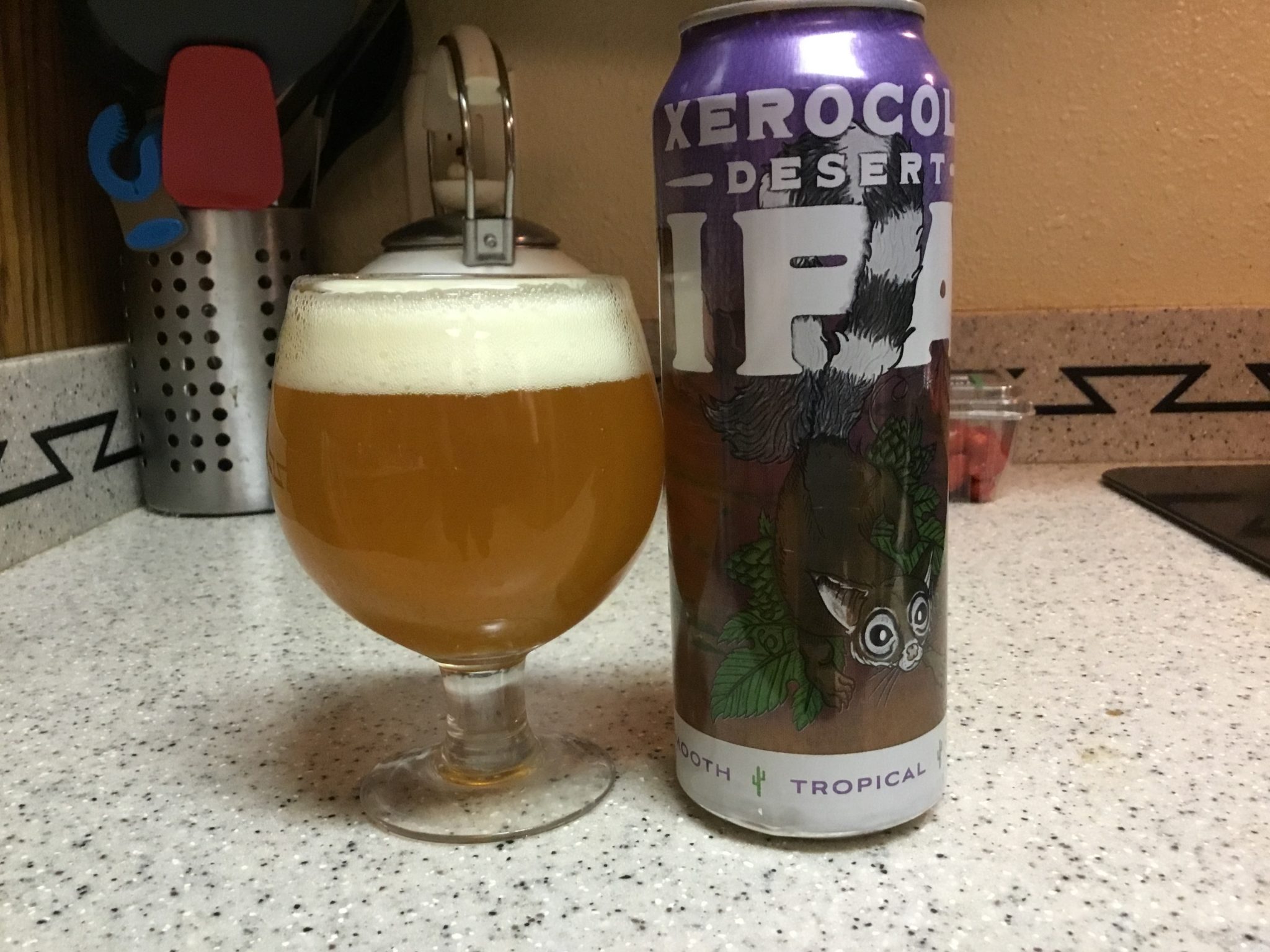 Okay I am kidding.  Seinfeld isn’t a terrible show, but I do agree with the opinion the humor and plotlines of many episodes can be a bit dated from time to time.  There are however, certain episodes that will stand up as well as any.  One such example is Season 7, Episode 6:  The Soup Nazi.

Seriously, this episode is way better than the episode of M*A*S*H* where the Korean lady suffocates a chicken.

I will cover the main points for context but if you want to check out the entire script here’s a link, or I am sure you can look around the internet and find the episode somewhere.  It begins where the sociopaths Jerry, Elaine, and George are discussing which movie theater they would like to visit when Jerry suggests one in particular because it is near a place that sells soup. In spite of Elaine’s preference for a burger at that time, Jerry continues to rave about the place but there is one caveat:

ELAINE: Boy, I’m in the mood for a cheeseburger.

JERRY: No. We gotta go to the soup place.

GEORGE: Oh, there’s a soup stand, Kramer’s been going there.

JERRY: He’s always raving. I finally got a chance to go there the other day, and I tell you this, you will be stunned.

JERRY: You can’t eat this soup standing up, your knees buckle.

ELAINE: Huh. All right. Come on.

JERRY: There’s only one caveat — the guy who runs the place is a little temperamental, especially about the ordering procedure. He’s secretly referred to as the Soup Nazi.

The ordering procedure; here is where I defend the Soup Nazi.  There are a number of places in nearly any city that has a particular procedure one must follow to order.  The pizza joint I frequently patronize doesn’t take names for phone orders, they give you an order number and expect you to give it to them when you pick it up.  Many even developed a jargon to ordering.  Some of these places might be stricter than others when asking to adhere to such places but I will give a few examples, feel free to point out others. 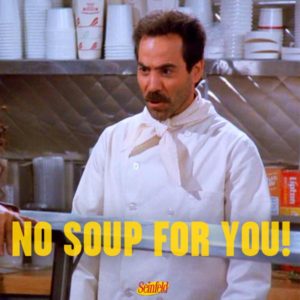 It is in this spirit the Soup Nazi had his ordering procedure.  For further background, this episode is actually based on a real place, and the Soup Nazi is a real person, who recently filed for bankruptcy.  As you might be able to see from the photo from the featured image, it isn’t a large venue.  The ordering procedure the Soup Nazi requested is primarily meant to keep the line moving.  As Jerry explains:

JERRY: All right. As you walk in the place move immediately to your right. […] The main thing is to keep the line moving.

GEORGE: All right. So, you hold out your money, speak your soup in a loud, clear voice, step to the left and receive.

JERRY: Right. It’s very important not to embellish on your order. No extraneous comments. No questions. No compliments.

That’s it.  That’s his requirements.  The instances where the Soup Nazi throws the main characters out of the shop is where they interrupt the flow of the line.  George gets his soup taken away over his complaint he didn’t get any bread.  Before it is pointed out this is a legitimate complaint–it is, however he did get his money back and the next time they gave him bread with his order.  Elaine was tossed out because she took forever to order, and tried to make small talk with the Soup Nazi (“Did anyone ever tell you, you look like Al Pacino…WHOOAH”).  Later she went in to thank him for a piece of furniture, which angered him because he didn’t think Kramer was going to give it to somebody so eagerly willing to aggravate him and interrupt the line of customers…again.  Another was kicked out because he tried to be cute and order partially in Spanish; the Soup Nazi might have just been a dick there.

Supposedly the actual owner of the Soupman was offended by the entire episode, and upon recognizing them, threw out Jerry Seinfeld and the rest of the cast when they visited.  He…also tried in vain to not pay federal taxes, hence filing Chapter 13.

Does this really sound like somebody we should hate?  I contend he is not.  This is nothing more than an entrepreneur that has a extremely desirable product, but limited capacity for space to deliver his product.  His simple demands to keep the line moving are met with such contempt, Elaine’s only recourse is to publish his secret recopies and ruin his business.

Now the beer in question is a local beer, and one I plan to sent to my BIF recipient, regardless of his distaste for IPA…. it was released earlier this month and went straight to tall can territory.  It does have a dry, biting IPA flavor we all love to hate, but it is also reasonably light and refreshing.  Before it is pointed out this is a contradiction–it is, however even I have purchased this on more than one occasion so it isn’t too bad.  Four Peaks Xerocole IPA: 3.0/5

The holiday weekend begins! I will start it by taking advantage of the delayed onset of the convection oven season…