I recently took a short road trip to California…sorry, I didn’t try to light it on fire or anything.  I was there for a wedding.  Fortunately for me I managed to squirrel away an hour or so to meet up with another Glib to administer each other a Turing Test.

This is my review of Smog City Saber-Tooth Squirrel Amber Ale (H/T:  Jesse.in.mb) 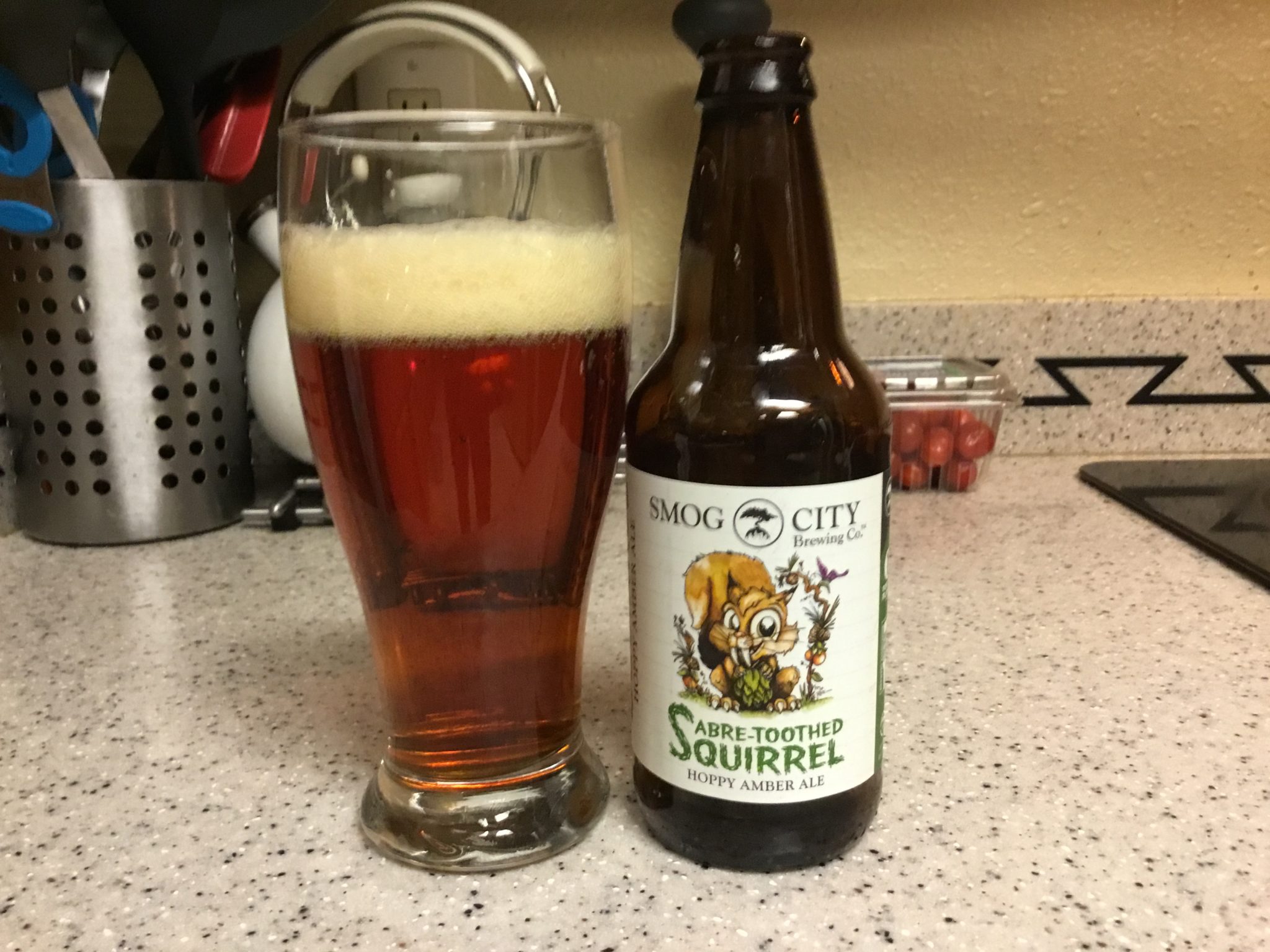 With such a freakish label, this was a interesting gift considering the typical Glib’s fear of squirrels.  Fear not!  This gets better.  I actually misread it at first thinking it said “Secret Squirrel.”

“Secret Squirrel” is a slang term.  It is one of those phrases that comes up from time to time that brings a small chuckle, because seriously how we make up words and phrases like this and give it random meaning?

Slang has a bad rep; gets a bad rap. Negative value judgments: “sub-standard,” “low,” “vulgar,” “unauthorized”. The word we are seeking is street. Street as noun, more recently street as adjective. The vulgar tongue. The gutter language. It’s a truly man-made language. Women are objects, never subjects. Maybe it’s not just the street but that corner where the guys hang.

Slang has a story, and that story has universal themes. Slang’s thematic range is not wide, though its synonymy runs very deep, and one can see the same ideas recurring from classical Greek and Latin onwards. Even if the individual terms that make up the vocabulary may be dismissed as “ephemeral” — and more stay than disappear — the persistence of these themes ensures that slang lasts.

That totally doesn’t answer my question, and since it’s Huffpo I don’t blame you for skipping that link altogether.  Now my English teacher informed me this type of speech came about in small communities, often as technical jargon.  While this is true to a point, slang terms as part of language was developed in the 16th century among gamblers, in saloons, and among people that were otherwise deemed criminal. This led to the discouragement of such terms among academics and the elite, because of its association with societal miscreants.

“Secret Squirrel” of course, means something that should be kept secret, like basic mission plans, troop movements, flight schedules, and the like.  I like to think the origin is from Ill Will Press, where the character Foamy the Squirrel partakes in missions to spread his squirrely rage among things he hates the most…like Starbucks.  Foamy is hilarious. 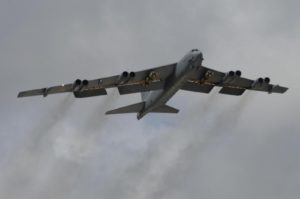 Nope, its origin actually dates to the first Gulf War:

Secrecy was vital for several reasons. The Air Force wanted the CALCMs to be a complete surprise if they were ever employed. Also, externally, the AGM-86Cs were almost indistinguishable from their nuclear counterparts and might, if revealed, derail or at least complicate pending arms control agreements with the USSR. Lastly, only a few GPS satellites were in operation in the late 1980s and an enemy, knowing when the satellites would be in position, might also know when to expect the missiles and thus when to prepare for them.

Flight testing began in August 1987, and a year later the CALCM was declared operational. More than three dozen were put into storage igloos at Barksdale, where they waited for three years.

When Iraqi forces rolled into Kuwait on August 2, 1990, US forces in the region were few and certainly not up to the task of repelling an invasion of Saudi Arabia.

The CALCMs were unsheathed. “We stood them up on alert because we were trying to give the national command authorities some options,” recalled Lt. Gen. Buster C. Glosson, one of the Persian Gulf air war’s chief architects and targeters.

Air Force leaders advised the National Security Council that CALCMs were available to send against Iraq’s command, control, and communications nodes, its electrical grid, and other high-value targets, all within a day’s flying time.

“We wanted to give them a capability, even though admittedly it was limited,” General Glosson said, “because at that point in time there weren’t that many other options available for any action the President might have wanted to take.”

Because of the limited number of CALCMs, and the inability to follow through immediately with a wider air campaign, the weapon chiefly offered a chance to make “a political statement” rather than deal a crippling blow, General Glosson said.

Lt. Col. Jay Beard, commander of the 596th Bomb Squadron, was ordered to get ready. Access to the CALCM had been kept “to an absolute minimum,” Colonel Beard said. Only one crew–which had flight-tested the weapon–was available to operate it. More would be needed to carry out the kind of strike Strategic Air Command had offered the White House.

In just a few weeks, fifteen crews were introduced to the “Secret Squirrel,” a moniker picked because “we couldn’t say the real code name [“Senior Surprise”] out loud, and it had the same initials,” noted Maj. Steve Hess, chief weapon system officer for the unit.

TL/DR version:  In the late 80’s the Air Force shoved a cruise missile into a B-52, and decided to drop them on strategic targets in the opening days of the war.  Knowledge of the project was kept to a minimum number of people.

The sad part is as I looked into this, I found blurbs of an old cartoon by Hannah-Barberra.

Is this beer any good?  Of course it is, but not just because it was a gift.  It is an amber ale.  It had been a while since I had an amber since it is somewhat out of season in Arizona and I simply was not interested in picking up Fat Tire.  This one is overall balanced to the hoppy end of the spectrum, but not overpowering.  If it is available in the area, I highly recommend it.  Smog City Saber-Tooth Squirrel Amber Ale:  4/5

Saturday night links of Spud has no life

[caption id="attachment_40206" align="aligncenter" width="283"] That's right, bitches. Taters.[/caption] So The Powers That Be are apparently all job slaves. You would…

Well, we hit a million comments. And we're also about to hit 50 intelligent comments. So let's celebrate by putting…